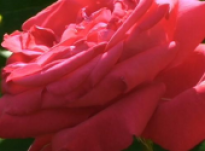 Age at interview: 60
Age at diagnosis: 54
Brief Outline: Glynis had a breast cancer removed by lumpectomy. She also had chemotherapy and radiotherapy. She was prescribed hormone therapy but stopped taking it because it made her feel ill. She used complementary therapies and believes they have helped her recovery and prevented the cancer returning.
Background: Glynis is a retired teacher, with 2 daughters and 1 son. She is married. Ethnic Background: White British.

On a daily basis, Glynis doesn’t think about cancer; it’s something that has happened and she has moved on from. She feels that having had cancer makes her value her life more, so in some ways it has affected her positively. She also thinks that having had cancer has brought her closer to her family and some friends.
In terms of treatment for her breast cancer, she received a lumpectomy, and also had chemotherapy, radiotherapy and hormone therapy. She stopped taking her hormone pills as they made her feel physically and mentally ill.
Two of the key things that helped Glynis through her cancer treatment were a special diet and homeopathic medicine. She started an organic diet regime, supplements and enemas as suggested by her complementary therapist, which she has kept up since her cancer diagnosis. She thinks that this helped her with her quick recovery from her cancer treatments. Glynis thinks that homeopathic treatments saved her life and if she hadn’t been taking these complementary therapies, the cancer may have recurred. Her advice to people is to have an open mind about complementary therapies and to do whatever feels right for you. She wants to stress that she wishes that the NHS had a more open mind about complementary therapies.
Although she doesn’t know anybody who currently has cancer, having had cancer makes her empathise with other people who have had cancer in the past. Glynis doesn’t want to be classified as a cancer victim but doesn’t mind the term cancer survivor as it’s quite positive.

Glynis says that having breast cancer had brought her closer to her husband and one of her...

Glynis says that having breast cancer had brought her closer to her husband and one of her...

View topic summary
SHOW TEXT VERSION
EMBED CODE
PRINT TRANSCRIPT
You mentioned about your husband and your daughters. Do you think that having been through cancer, has it affected your family relationships in any way, do you think?
Yeah, my son didn’t want to know. He’s twenty- seven now. He was twenty-one, and I told everybody about it the first day I was diagnosed, and I told my son when I came back from clinic, I said, “I’ve got…”, you know, “Everything’s all right”. He said, “Okay”. But he said, “I don’t want to think about… I don’t want to talk about it”. And I said, “Fine”. And he’d had a long-term virus from being eighteen, and his way of dealing with it, he’s all right now, but his way of dealing with it was, “Don’t talk about it, don’t think about it”. So he did the same with my illness. The girls were different. The eldest one lives in America. She’s had a cyst removed from her breast. She’s very aware of breast cancer. So she was very concerned and it was hard for her because she was so far away and we went to visit her as soon as I’d been diagnosed, before I had the treatment, we went to visit and spent a fortnight with her. I think she’s found it very hard being so far away but she’s not talked to me a lot about it.
I’m sure she’s talked about it to her friends and her husband rather than me. Although we’ve talked obviously, on the phone a lot, and we are very close, but I don’t, I’ve kept her informed all the way but not talked about the outcome. The younger one, the middle one, had her first baby the summer that I was diagnosed. She’s now expecting a fourth, so despite the fact she lives fifty miles away, we see each other every week. I go every week and we spend a lot of time together, obviously, she’s been pregnant and had babies, we’ve brought the children up together, so we’ve probably become close. We’re a lot alike, so we’d have become close anyway but, as I say, she lives fifty miles away but she came to visit me a lot when I first had the operation. I think she was very frightened, having had her first baby and then suddenly I was ill, and she came to visit me in hospital, and even though I was only in a few days, she came twice.
And then she just supported me tremendously, and I think it was just, no, it wasn’t just fear of losing me, but I think just when she found she needed me most she thought she might lose me. And I think that’s probably brought us close, but we might have been close together anyway, closer anyway because we both love little children and there is a lot of little children about. And but, yes, it has brought me closer, and closer to my husband as well, although he’s like my son. He doesn’t like to talk about it but he had to help me a lot. He supported me a lot.

Surviving breast cancer made Glynis discover that she was mentally stronger than she had thought;...

Surviving breast cancer made Glynis discover that she was mentally stronger than she had thought;...

View topic summary
SHOW TEXT VERSION
EMBED CODE
PRINT TRANSCRIPT
Perhaps something good might have come out of it, aspects of it.
Yeah, because it’s brought me closer together, closer to certain members of the family and to friends, certain friends and I suppose, actually, I found out that I’m stronger than I thought I was mentally, which is, I’ve never been a particularly self-confident, out-going person, but I do feel, to a certain extent, proud of how I’ve coped with it because I didn’t go to pieces. I just kind of took a deep breath and got on with it, and it was a frightening thing. So I suppose in a way I’m quite proud of, learnt that I’m stronger than I thought I was. Not necessarily physically, but mentally I dealt with and I dealt with it better than… I’ve a friend who lost a son to cancer and, you know, you just think, “Thank God it’s me”. I’d much rather have gone through it than watch somebody I loved go through it. I couldn’t have, I don’t know how I’d cope with that, so of any age. I just would find it very hard, whereas to be doing it myself was a challenge and I, you know, with a lot of help I got through it and I do feel, I’ve learnt, yeah, I’ve learnt that I was stronger mentally than I thought I was. And spiritually, I’m glad to say that I’ve, you know, I did feel closer to God, which is something that you’ve always got even if you can’t always feel that closeness, you know that you’ve had that experience, which is fantastic.

Glynis was told to wait until she had recovered from her breast cancer before offering support to...

Glynis was told to wait until she had recovered from her breast cancer before offering support to...

I definitely feel I can understand what people are going through but I don’t actually know anybody. I know of people who’ve had it in the past and I can sort of empathise with them now and didn’t realise what it was like, but I’m fortunate enough at the moment to not know anybody that’s going through it. I’m trying to think, maybe there’s been one or two over the years that I’ve talked to, but I did feel at first, in fact when I was going through my treatment I talked to the Macmillan nurse and I said, you know, “I’d like to help at the hospital. I’d like to come in and help, talk to people who are going through it”. And she said, “Well, when you’re better we’ll do that”. And then when I was better I thought, “No. I don’t want to go there. I don’t want to go back to that. I can’t bear it. I can’t face it. I just want to move on”.