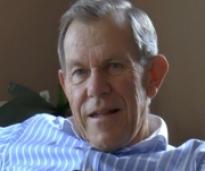 Age at interview: 72
Brief Outline: Ken learned that he has chronic kidney disease stage 3 following a routine blood test 6 months ago. He is not worried by it but taking part in research has prompted him to seek more information. He is fit and well apart from slightly high blood pressure.
Background: Ken is married with two adult children. He has retired from a career in the police force and now works as an events safety officer. Ethnicity: White British.

Ken has had periodic blood and urine tests for some years as part of routine health checks. He first discovered there was something amiss with his kidney function six months ago following a routine blood test when his doctor mentioned kidney disease in passing and that they would be keeping an eye on him. He thought very little of it at the time as his doctor didn’t volunteer any additional information; he assumed it was nothing to worry about and probably just a natural part of ageing.

Since then he has been enrolled into a long term research study of people with chronic kidney disease, which has so far involved giving blood and urine samples and monitoring his blood pressure at home over a few days. Taking part prompted him to think more about his kidney condition and to ask how serious it was; he was told it is at stage 3. He also looked for more information online, and intends to discuss it with his GP next time he sees him. He would like to know whether there is anything he can do to help prevent the kidney impairment progressing to a serious level.

Ken recalled that he had a kidney examination 15-20 years ago that revealed one of them was enlarged but nothing to worry about. He has no symptoms of kidney disease apart from an occasional twinge in the lower back, which he wonders if it might be connected. He has had slightly raised blood pressure for some years, which is controlled with medication. He also takes medication for an enlarged prostate but is otherwise healthy and lives a full and active life; he enjoys playing golf and going for walks.

Ken does not worry about having early stage chronic kidney disease, preferring to get on with his life; he will face the consequences if and when his kidney condition becomes serious. He has told very few people about it, just his close family and friends. He is happy to have regular blood tests to monitor his kidney function because he finds it reassuring to know his doctors are looking after him. He is not always told the results of routine tests but believes that no news is good news and that his doctors would contact him if there was a problem.

Ken found out 6 months ago that his regular blood tests were part of being monitored for a mild kidney impairment. Ken was surprised but not concerned as the GP had just mentioned it in passing

Ken found out 6 months ago that his regular blood tests were part of being monitored for a mild kidney impairment. Ken was surprised but not concerned as the GP had just mentioned it in passing

View topic summary
SHOW TEXT VERSION
PRINT TRANSCRIPT
I guess, as I say, it was really only about six months ago I learned that I had CKD and, you know, I've had one blood test since then, as part of research, yeah.

Do you think they were checking on it a while before that though?

I think they probably must have been, yeah. But I don’t know the actual point where they decided that I had a problem.

And I didn’t know because I had no symptoms.

When I saw the doctor about something else, and do you know, I can't remember why I went to see him. It was something fairly innocuous I think, you know.

And I saw the doctor and then in passing almost, he said, "Well of course with chronic kidney disease, you know…," and I didn’t really - I should have picked him up on it actually you know. But I thought, 'Oh, oh yeah,' [laughs] yeah.

So that was the first you'd heard of that term?

That was the first I'd heard of that term yeah, yeah. Whether he thought that I'd been told previously, I don’t know, because I'd seen another doctor previously, a different doctor previously. And he said, "Well of course you need to have blood tests, you know." And I thought it was because of some sort of medication I was on, you know, but didn’t really query why that was.

So, it may well be that seeing different doctors played a part in me not being told that I had a kidney problem, I don’t know, speculation.

So when he said chronic kidney disease you were a bit surprised?

Yeah. I was surprised but I'm not surprised enough to say , you know, “I ought to know more about this” [laughs] to be honest. He may not have used the word chronic actually, he may have said just kidney disease or something, you know. But I can't really recall now, but he certainly mentioned kidney disease as a sort of side… in passing, if you like, you know. No, yeah OK [laughs] and that was it.

Ken only found out he had been monitored for decreased kidney function due to taking part in research. He thinks the decision of whether and when to tell is complex and ultimately depends on the individual patient.

Ken only found out he had been monitored for decreased kidney function due to taking part in research. He thinks the decision of whether and when to tell is complex and ultimately depends on the individual patient.

View topic summary
SHOW TEXT VERSION
PRINT TRANSCRIPT
Do you think that’s right, that you didn’t know about it?

Well, I think you’ve got to help yourself as well in this world - that’s the way I feel and I've certainly got in mind to go back to my doctor very soon now and say, "Well you know perhaps you can tell me more about this and what about lifestyle and that sort of thing” you know.

Because I would bet that they were looking at it before.

So I just wonder what you think about whether they should have told you earlier or not? Or at what stage do you think it's right to be told?

Yeah I think certainly it's right to be told if they diagnose a kidney problem. I think you should be told at the earliest possible time. On the other hand, of course, I didn’t know about it so I didn’t worry about it [laughs]. And I'm not that worried about it now to be honest.

Yeah, yeah. I wouldn’t, I wouldn’t have been annoyed to learn at a later stage when things were getting desperate that I hadn’t been told; I don’t think it would have bothered me, quite frankly. And of course I'd have been…and it may well be that in the past, they’ve known I've had a problem with the kidneys and they haven’t told me, you know, because it's not really been a problem. But and I certainly don’t object to that, you know, and I think in a way I wouldn’t object to it if it got to the latter stages of, you know, chronic kidney disease, not knowing – it wouldn’t bother me.

I mean, the fact that they’ve told me it doesn’t bother me now. But, you know, if I'd have gone through life without knowing about it then, that might have been a good thing anyway, yeah.

Well ignorance is bliss, they say [laughs]. And I'm not against that to be honest, in many ways. If it's something that is not going to impact very much on one's life and if there's nothing that can really be done to cure it, to turn the clock back then I think it's not a bad idea to withhold that information until such times they think, 'No this is really, you know, progressing too far now and we need to tell that person.' That’s my own view, yeah.

Ken thinks that after being told they have a chronic condition people should be told about it in more detail by their doctor, but realises that the patient could also go back to ask questions later.

Ken thinks that after being told they have a chronic condition people should be told about it in more detail by their doctor, but realises that the patient could also go back to ask questions later.

View topic summary
SHOW TEXT VERSION
PRINT TRANSCRIPT
And do you have any messages for health professionals who are looking after people like you?

Yeah, make sure, you know, they communicate what they can, you know - about the disease. It may well be that my condition is not that serious yet, you know, but then it's nice to know if, once they tell you you’ve got a chronic kidney disease, it's nice to know a little bit more about it I think, that’s the only message. And I know it's a two way process that - I could find out myself.

Find out for yourself not by talking to the GP, you mean by other things?

Yeah I could. No I could also go back and see my GP and say, "Look you’ve told me I've got this, you know, can you explain a little bit more about it?"

At the moment you're in a state where you're not worried because they’ve told you so little?...

Ken would like to know the likely outcome of his kidney condition and whether he could do anything to prevent it progressing.

Ken would like to know the likely outcome of his kidney condition and whether he could do anything to prevent it progressing.

View topic summary
SHOW TEXT VERSION
PRINT TRANSCRIPT
What sort of information do you want to learn about it?

Well I suppose really the bottom line is, you know, how things are likely to go in the future; is there anything I can do to try to alleviate the problem? I doubt whether there's any medication because I think I would have come across that on the online review. And I guess ultimately, you know, what is the long term prognosis? Yeah.
Previous Page
Next Page