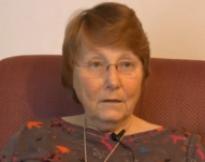 Age at interview: 70
Brief Outline: Jackie Z has had IBS for many years. In 2013, she had a spinal fusion. She made a slow but steady recovery with regular exercise, but 10 weeks ago she had a fall and broke her hip. Jackie Z has had a couple of kidney check-ups during the last year but did not know that her kidney function was mildly impaired.
Background: Jackie Z is a retired secondary school teacher. She lives with her husband. They have been married for 44 years and have one daughter. Ethnic background: White British.

Jackie Z feels in good general health, but has had IBS (Irritable Bowel Syndrome) since her late thirties. She describes living with IBS as ‘almost a disability’ in that it curtails her activities outside the house and on holidays - she needs to know that a toilet is in close reach. Jackie Z also used to suffer from migraines, but since she was prescribed a beta-blocker (propranolol) many years ago, she has not had another attack.

Jackie Z has had problems with bone breakages, and particularly with her back, for a long time. In 2013, had a spinal fusion (surgery to bring her vertebrae back into alignment with each other). The operation went well and to help with her recovery, she was taking regular exercise at the gym. She was just starting to feel that she was getting ‘back to normal’ when, 10 weeks ago, she had a fall and broke her hip. She feels frustrated to be back on crutches a year after her initial operation but has been assured that with regular exercise she will make a full recovery. She is currently taking vitamin B and calcium to strengthen her bones, lisinopril (an ACE inhibitor), omeprazole to protect her stomach lining, and a high dose of painkillers (co-codamol and naproxen). She has found that as co-codamol has constipating side effects, she has not needed to take her regular IBS medication (loperamide to avoid diarrhoea).

Jackie Z does not smoke and rarely drinks alcohol. She and her husband eat a low-salt diet and try to cook fresh food, though since her fall this has been difficult as she cannot stand up to do the cooking.

Jackie Z has a good relationship with her GP and other staff at her surgery, but has found that she needs to be pro-active to access the services she needs, such as physiotherapy after her spinal surgery. As a former English teacher, she feels confident to ask questions and take an active role in decisions about her treatment. She gets checked for her blood pressure. In early 2013, her GP asked to do a blood test to check her kidney function. Jackie Z didn’t know the specific reasons for this, but was happy to go along with it. Looking back, she thinks it might have been to do with the fact that she had taken Voltarol (diclofenac) for many years, before it was known to pose a risk for kidney damage. When she phoned the receptionist for her results, she was told that her results were “normal” and there was no need for action. As far as she knows, she has had only one repeat of the blood test to check her kidney function since.

Jackie Z generally feels well-supported by the health professionals she has come into contact with, but taking part in an interview about her kidney health has made her want to find out a bit more about the implications of mild kidney impairment and what she could do to prevent further decline.

Jackie Z thinks long-term use of Voltarol (diclofenac), which she was taking to cope with joint pain, may have damaged her kidneys but she hasn’t discussed this suspicion with her GP.

Jackie Z thinks long-term use of Voltarol (diclofenac), which she was taking to cope with joint pain, may have damaged her kidneys but she hasn’t discussed this suspicion with her GP.

View topic summary
SHOW TEXT VERSION
PRINT TRANSCRIPT
It might be to do with the fact that I've been given things like… I used to be taking Voltarol which has been withdrawn of course, and it might have been that they were checking on patients who took that because it could affect the kidneys and that’s quite possibly why it was, because I had that for years. And then suddenly it was realised it was potentially dangerous and taken off it, so that’s probably why I'd imagine.

And how long ago was that that your GP asked to test your kidneys?

I'm guessing now, how long have I had the… naproxen? One or two years, let's say two years, it's not long term. …It was- basically it was when the Voltarol was withdrawn.

So that was the explanation you got from your GP, it's to make sure that your kidneys haven't been damaged by taking the Voltarol?

They didn’t mention the Vol- no.

No they just said, "Let's make sure everything's alright, let's have a kidney check," so I did.

So it's just that is your assumption that it might have been to do with that?

Hm mm. So you didn’t really get any explanation in particular of why this particular test needed to be done?

No, No. I didn’t but then I didn’t ask for one particularly.

Mm so it didn’t actually concern you at the time?

Jackie Z had picked up information in the public domain about healthy lifestyles, including limiting salt intake, so had not discussed this with any health professionals.

Jackie Z had picked up information in the public domain about healthy lifestyles, including limiting salt intake, so had not discussed this with any health professionals.

View topic summary
SHOW TEXT VERSION
PRINT TRANSCRIPT
Have you had any discussions about your lifestyle – so exercise, diet, smoking, drinking with any health professionals?

Well I don’t smoke and I hardly drink at all so no not really [laughs]. Exercise certainly because I do that but no, I haven't needed… no. Weight loss is always a problem because I don’t move very easily. But this is where the gym is a huge improvement because I can't walk. I can ride an exercise bike, so I do that.

Mm and have you been advised on food, diet, what to eat?

Oh god yes. I know all the rules; it's following them that’s the problem! [laughs] yes.

And is that something you just know from, you know, your own information gathering or is it something that the nurse or the doctor has discussed with you?

I’ve been- I've been going to classes on and off, various groups for years so that’s why I know all the rules.

Do you mean dieting type of classes?

Yes so and the best one I've been to is the Rosemary Conley diet and fitness group, local one in [suburb] and I lost four stone. And then I hurt my back and gradually it crept back on again because I couldn’t exercise. That’s the same story everybody gives you, I'm sure.

But hasn’t your GP or nurse haven't particularly sat you down and talked about what you should eat or avoid?

No because she knows I know.

Mm. Have you been given any advice on keeping up your fluid intake or avoiding salt?

…Well not specifically no. But again, I mean I know that! There's plenty of information on the television and in the shops and what not. And my husband and we try to keep a low salt diet… for him so… because he's been told to keep salt down so we do. In fact we have a lower salt diet than a lot- I don’t like prepared foods; you know that you can buy because it always tastes salty so we're always having less salt than they are.

Mm so you're cooking from fresh?

Mm oh yes, yes. Not for the last month while my kitchen's being put in but yes.

Following an operation on her spine, Jackie Z has had exercise on prescription from her GP, which she gets at her local gym, in addition to regular physiotherapy at hospital.

Following an operation on her spine, Jackie Z has had exercise on prescription from her GP, which she gets at her local gym, in addition to regular physiotherapy at hospital.

View topic summary
SHOW TEXT VERSION
PRINT TRANSCRIPT
So what are you doing at the moment? Have you got some rehabilitation programme still going on?

Yeah I've got a programme of physiotherapy exercises from [small local hospital], physiotherapy department, and I also go to the local authority gym in [suburb] here on the Exercise… Exercise on Prescription it's called.

Which is great. I asked for that because I'd heard about it and the GP said, "Ooh yes we can put you on to that," and that’s been great. Because you go to the local gym; all your medical details that the gym needs to know are there on the computer for them and there is a person there who is actually employed by the NHS to look after all the people referred and make sure you don’t do anything to damage whatever's wrong with you.

Which is great, it's very reassuring and I was building up beautifully before I fell and broke my hip [pulls a face].

Jackie Z takes propranolol to prevent migraines, which it does by lowering blood pressure and heart rate. After discussion with her doctor she tried taking it less often but her headaches returned.

Jackie Z takes propranolol to prevent migraines, which it does by lowering blood pressure and heart rate. After discussion with her doctor she tried taking it less often but her headaches returned.

View topic summary
SHOW TEXT VERSION
PRINT TRANSCRIPT
Have you ever refused medication that was offered to you because if you didn’t want to take it or didn’t need to take it?

I have gone down and said, "Do you think I could do without this, would it be wise?" and he said, "Well try taking it every other day, see what effect it has," you know, that’s… it's just a conversation really.

And what was that, what medication?

That was the beta-blocker, the propranolol.

Yeh but when I stopped taking it the headaches came back so I now I know. So I won't stop taking it and nobody has suggested that is a danger in continuing to take it.
Previous Page
Next Page