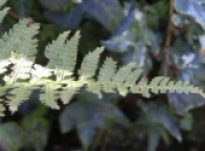 Age at interview: 52
Age at diagnosis: 25
Brief Outline: Susan had suffered pelvic pain and endometriosis for several years. Doctors were not clear with her how her condition would affect her fertility. After trying to conceive with donor eggs she stopped treatment.
Background: Susan is a teacher, married with one grown up daughter. Ethnic background' White British.

Susan had had a daughter when she in her early twenties. She and her husband started to think about having another child when she was in her early 40s. She had suffered pelvic pain and endometriosis for several years. She had been on hormonal treatment, followed by several operations to try and improve the situation. Because of the extent of the disease, she and her husband were told that the chances of conceiving naturally were slim. At that point they started to consider egg donation. There were long waits for donor eggs in the UK but they ultimately went through two IVF cycles with donor eggs in the UK, neither of which were successful. Susan and her husband had decided to explore treatment abroad, and started a  donor egg programme in another country, which they pursued for 3 months, until deciding to stop. At that stage Susan was 50 and felt as though time had run out for them.

Susan was in her 40s when she was trying to conceive her second child. She wished she had looked...

Susan was in her 40s when she was trying to conceive her second child. She wished she had looked...

View topic summary
SHOW TEXT VERSION
PRINT TRANSCRIPT
I could have actually you know, started some kind of treatment. Because we then started to think about egg donation. Which I had never considered and initially I would never have contemplated that kind of treatment. But once you actually know what the situation is you start to look at things in a different way. And people also change their views I think as well as time goes on.
So we then… yes, so it was actually said that if we were serious about wanting to conceive then the only way would be by egg donation, that IVF wasn’t… because by that time the eggs weren’t of sufficient quality any way. And you know, it looks as though the eggs are affected by endometriosis anyway, the quality of the eggs….
So… and so yes, we tried egg donation. I had to go somewhere else for that. I went to a few places…
In the UK or..?
Yes. I hadn’t actually looked at anywhere else then. I wish I had. And…
Why?
Because I think that they certainly have more experience with endometriosis and fertility and in a lot of centres in other European countries. Not all, in some European countries and the… and some countries have specialised in egg donation specifically. And others more on the IVF side. And they have huge data bases of you know the patients results and so on. So I think they are able to sort of make decisions on an individual basis, better.
And so anyway we went ahead and it was actually a long wait. I think it was, gosh, it was, let me think, we were told that it would be a few months but it was very much longer. A longer waiting list for, it must have been getting on for a year and a half and I had to also go to another part of the country where the donor was and… I didn’t know it at the time, but there were various things that they forgot to tell us to with you know the progesterone pessaries and so on to prepare the endometrium for implantation and I wasn’t very impressed. You know. And also we were only given information in little snippets, you know, a stage at a time, and when you are going through all that for the first time, you don’t know whether what they are telling you is the standard thing or you know, whether something has been overlooked or you know whether they have told you to do something incorrectly, and I had to actually follow up on quite a few things and I realised that there were certain things that they had forgotten to tell us and I was absolutely staggered.
And you are paying, you know a lot of money for that kind of treatment.

Although her treatment was unsuccessful, Susan was very impressed with the level of care and the...

Although her treatment was unsuccessful, Susan was very impressed with the level of care and the...

He was very interested you now to listen to... what I, you know my story. And... also quite sad I think that... and he actually got, went into a great deal of depth, you know, about the way they operate their egg donation programme. It is about the largest egg donation programme in the world and explained also the cultural attitude towards donation, egg donation. Well not just egg donation, organ donation in Spain, they have a very different cultural attitude that is very much more favourable to donating in general and they have no shortage of egg donors. And he, you know, explained some of the reasons for that, which was very interesting and also he got his team to together there to discuss my case and my notes before I went in order to seek their opinion beforehand, because normally they wouldn’t treat someone over 50, but they, because of my history, they said that they would make an exception and when you did, they actually do the examination in the office. So he had all the equipment there and I, when it is the actual person the top person if you like actually doing the investigations as well as you now deciding on the treatment and doing the treatment itself, you have got the continuity there and he knew exactly what he was looking for. You know he was interested. He actually identified adenomyosis in the uterus and I had always been told that they were fibroids and... he then sort of went into great depth about adenomyosis and infertility. So I had already looked at that a bit and now of course I have looked into that side of things in greater depth as well and very involved you know with adenomysis. So and you now he discussed the implications of that. And I was just amazed you know, that he was able to established that on an ultrasound. So, and I just thought well things are obviously considerably more advanced [laugh] in some places, you know where they can assess the state of the uterus and what is happening in the pelvis. You know look at the person’s history and then make a judgement you know, and tell the patient, you know, what the chances are. So... but whether he was more open with me because he knew I knew a lot about it. I mean that, that is a possibility. Whether he would have gone into that much detail with somebody that was not so well informed is hard to say. But I just thought that having that amount of information at their finger tips really from so many centres, because they, actually they combine the results in their programmes from several centres. So it is not just one centre working in isolation. It gives a huge advantage. So… the actual facilities were just absolutely amazing and the cost is a fraction, you know of what it is here. And I was thinking well how can they, how can they provide that. And why can’t we. You know?

Susan found it very hard to accept that time had run out and wished she had thought about it...

Susan found it very hard to accept that time had run out and wished she had thought about it...

It was very difficult to admit or to accept, you know that really the time had run out. Because when you are young, you just think as though you have got forever and you don’t realise how quickly those years pass. And I sometimes think well, you know, we should really have thought about it very much earlier but then it is easy to say that with hindsight. So... but yes obviously I really regret it and I get quite upset if I dwell on it, so I try to think you know well that is past now, you know we can’t change the past and several consultants have actually said that to me, you know, not just about the fertility but also about the disease and so forth. You know you can’t change that now. You know, you have got to sort of move on.

Susan read booklets from the HFEA on egg donation, but wished she had known more.

Susan read booklets from the HFEA on egg donation, but wished she had known more.

View topic summary
SHOW TEXT VERSION
PRINT TRANSCRIPT
When you came back to try to have another baby. Where did you try to get information at that point? I mean obviously the internet was barely around at that stage.
That is right. I was completely reliant on what the consultant told me, which was very little. Or consultants and I mean there were no books that I was aware of. I came across the HFEA in some of their booklets on storage of gametes and you know, on egg donation and to do with the consent and the rights of the child and all that. I mean obviously we read all that. But it is not actually about the tests and you know what tests. I mean I know now that a hysterosalpingography probably would have been extremely useful to do. But I didn’t know that there was such a thing then and it wasn’t mentioned. So you know, it is I think there are huge issues around making information available to patients and allowing them to have a part in… in the actual tests and to feel that they have an important role to play. Otherwise you know you feel as though everything has been done to you all the time and other people are making all the decisions and you know you are just the … [laughs] at the end of the line really. Which is sad.
Previous Page
Next Page