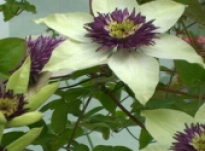 Age at interview: 42
Age at diagnosis: 33
Brief Outline: Sandra, a nanny, has been trying for a baby for 9 years. She is still in treatment, after 6 cycles of IVF with ICSI.
Background: Sandra is a nanny, living with her husband. White British.

After trying for just over a year, Sandra and her husband went to see the GP and he referred them to the hospital. Tests showed she had blocked tubes, and her husband had a low sperm count, so doctors recommended that they try IVF with ICSI. They have had six cycles so far, and were about to start their seventh cycle. They have left quite long gaps between treatment cycles, as Sandra found it quite hard to constantly be on the emotional rollercoaster of treatment. Two of their attempts have been on the NHS and the others privately funded. They have recently changed clinic to one they believe to be more progressive, where Sandra’s sister was treated successfully. Each cycle gets harder and they are not sure how much longer they will continue with treatment.

Sandra has been doing yoga for years and eats well. She feels that it is important to do...

Sandra has been doing yoga for years and eats well. She feels that it is important to do...

View topic summary
SHOW TEXT VERSION
EMBED CODE
PRINT TRANSCRIPT
Because you mentioned earlier about the sort of proactive phase of the treatment?
I think so, oh, I think so, yes. I took up yoga. Although I’ve been doing that for years. But that obviously hasn’t made any difference. But I just think in the back of my mind I know that I’m exercising well, I’m eating well, then I’m doing what I can. I can’t look back and say, “Well, I didn’t do anything to make myself feel better.” So I just think, yes, I feel proactive now I’m doing something.

Sandra tended to shut herself away after a cycle failed before she felt strong enough to talk to...

Sandra tended to shut herself away after a cycle failed before she felt strong enough to talk to...

View topic summary
SHOW TEXT VERSION
EMBED CODE
PRINT TRANSCRIPT
Oh, yes, I have felt really, and I think I said before I tend to shut myself away. Because that’s just how I deal with it. I don’t want to inflict my misery on other people.
I just find it hard to see other people at that stage. So I, you find that you’ll do what’s best, what works, and I find that that’s what I need. I just need a, two or three weeks where I can just get over it in my time, and then gradually open up.
Obviously it does affect him, it does affect him. And we’ve both cried obviously. But he is stronger, he can go back to work. And I think it’s just men in general don’t talk as much about things, do they? But when I’m ready I do, I talk to my friends, my family about it when I feel I can without constantly crying. But initially that’s what I do, I tend to just, I need that time just on my own, just to recover. People are different. Some people I guess can bounce back and it’s just, and, and perhaps work, they can, work can swallow them up and they cannot have to think about it. But everyone’s different. But that’s how I deal with it.

Sandra never thought she would still be having treatment after seven cycles. She explains how...

Sandra never thought she would still be having treatment after seven cycles. She explains how...

View topic summary
SHOW TEXT VERSION
EMBED CODE
PRINT TRANSCRIPT
And so you’re surprised by how far, how many treatments you’ve landed up having?
Yes, yes. I didn’t think we thought we would certainly be doing seven cycles. But I also think we were quite naive in the beginning where we thought it would probably work early on, even though the statistics don’t show that. But you always think it will happen to you, you, to you. You know, you’ll be the, one of the lucky ones. So, yes, we didn’t think we’d be this far into it.
And has it been a question of each time you finish a cycle and it hasn’t worked you think, has it been a decision at the end of each cycle? Or have you sort of set yourself a target and, or not a target but a sort of a limit and then worked your way up to that?
Yes, I think we’ve always thought, “Well, we’ll stop” but the other part is, “No, we can carry on, because we’re sure this will work.” So it’s been kind of two different emotions if you like, if that makes sense.
And have you, have you talked about how far you’ll go and how much further you’ll go?
I think, we say different things. I think we tend to say that this is going to be it, because this will be our seventh and I’m 42 and my husband will be 44. So we think that, probably 90% of us says that that, we will have to stop if it doesn’t work. But it’s harder, because obviously, if it doesn’t, you think, “Okay. What about if we do have one more go?” But at the moment I think we’ll say, “This will be our last.” But then you have another conversation and it’s, “What if?” you know. But then it’s money as well. You’ve got to think of finances.
Previous Page
Next Page