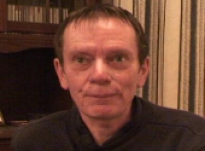 Age at interview: 54
Brief Outline: George and his wife have been trying to conceive for 10 years. They have been on a waiting list for IVF for 3 years, and are about to start treatment shortly.
Background: George is an engineer. He is married to his second wife, Gemma (Interview 14) and lives in Scotland. Ethnic background' White Scottish.

George is in his early 50s and on his second marriage. Although he has grown up children, he is keen to have a family with his new wife. They have had investigations to show he has a low sperm count, and his wife, Gemma, has polycystic ovaries, which makes her ovulation unpredictable. They have been on the waiting list for IVF for 3 years and were anticipating treatment starting in a few weeks.
George was interviewed again a few months later. Since the previous interview he and his wife have received treatment. George went into hospital for sperm aspiration, which involved a general anaesthetic. Although he was nervous about the operation, it went well. Doctors extracted some sperm, which was frozen to use in his wife’s IVF cycle. His wife started her first IVF cycle and George was involved giving her injections. However she hyperstimulated so at the time of the interview she had had her eggs collected but was waiting for the hyperstimulation to subside before continuing with the cycle.

George described how their concerns slowly built over about 6 years. Initially he was easy-going...

Show in context
SHOW TEXT VERSION
PRINT TRANSCRIPT
It was about six years ago. We first met, we just thought well if it happens it happens and then after about four years when nothing was happening then we sort of took it quite seriously and [wife] started to seek help and from there that is where it started really. I think it was the last four years it has been more intensive. I think about it every day more or less now.
Why has it built up do you think?
It is not happening. She is not getting pregnant so I think that’s it becomes something that you seem to take for granted, or for a man, for me, I didn’t even think about it but in the last four years we think about it more and more and it is not happening, we think why is it not happening and you know, you know it is not happening and you see some of the other couples that have babies and that and you think it’s not so much missing out. It like a longing to have you know, it is very strange.

George described what it was like to go in for a sperm aspiration operation. He was very worried...

Show in context
SHOW TEXT VERSION
PRINT TRANSCRIPT
Since last time round about October, we went in for what they call sperm aspiration. They cut the testicle, not two of them, just the biggest one. And they hopefully get a sperm. Unfortunately in my case they had to remove some tissue. I was really very worried about the operation, because you have these flying thoughts, because I go through a general anaesthetic, whereas my wife [wife], she it was a local anaesthetic for her egg extraction. But I was a general anaesthetic. But there is all these flying thoughts, I might not wake up after the anaesthetic. And it was quite a worry beforehand. I was really quite worried. In fact I even said to my wife, “I might do a runner, you know.”
But they managed, and then you’ve got to wait until you come round to see how the whole thing went. And that’s a worry as well, because you think, well I don’t know if they’ll find anything, or if they have found anything. And if they don’t find anything, how am I going to feel, you know, if they don’t find any sperm at all.
In my case, they got enough to make what they call three straws and so they froze them in sort of the deep freeze until [wife] was ready for her treatment to make eggs so they could make embryos. So that was quite a worry.
So tell me what the operation was like. Going in and having the operation?
I, beforehand it was the biggest worry, because being a man it’s a very difficult thing to talk about, because you’ve nobody to talk to, and if you do talk to somebody about it, you usually get jokes back, you know. So that is quite stressful, thinking, well will I come round for the anaesthetic or not come round from anaesthetic or what happens if they don’t find anything, you know?
But the operation itself. I thought it would be much more painful than it was because they tell you to bring in really tight Speedo trunks and I think it is just to keep your testicles quite tight, because you have to be off for about three or four days after the operation in case there is any fluid built up. But I found it was okay. That was not too bad at all.

George was shocked at how much he is bothered about the baby issue; it was very unexpected.

Show in context
SHOW TEXT VERSION
PRINT TRANSCRIPT
As I said it is something that really never ever bothered me, and even when we started the IVF treatment or [wife] should I say started going to the clinic. I mean it didn’t bother me really at all. I just thought well [wife] has got this problem polycystic ovaries and it will happen sometime. So I never really thought about it. I thought, being a man, it is there, but you don’t think about it too much but then I think really it affected me was when… I know it might sound a bit, oh what do you call it, it may sound a bit self centred or something but when the sperm, my sperm test came back really, really poor, and it was about two or three days after that it really hit me. And I was just going to work one day and I just burst out into tears. It was crazy. Because I thought why am I feeling like this? You know, I should be thinking about computers or repairing cars or what I am doing at work. And all of a sudden there was this baby thing. This baby issue that came over me and it really, I thought I must be turning into a woman or something, because it really, it really did affect me, and that was quite a shock. I have never experienced that before.
And because I have got two daughters and done my man thing in life. I thought well, you know, it is just something… it really was unexpected when that happened.
Previous Page
Next Page