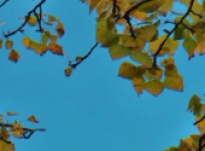 Age at interview: 32
Brief Outline: Clara and her partner had unsuccessful IUI and two ectopic pregnancies before finally conceiving their son through IVF.
Background: Clara is an osteopath, living with her partner and young son. Ethnic background' White Icelandic.

Clara and her partner had been trying to conceive for two years, but nothing was happening. They were very keen to do things as naturally as possible, and researched alternative therapies to boost their fertility. They tried a nutritional programme that focused on nutrition and mineral balance in the body, but it did not help them conceive. So they eventually decided to consult the doctors. Tests did not reveal any obvious cause for their difficulty in conceiving.  They started off with IUI, which worked first time but it was an ectopic pregnancy. After a total of eight rounds of IUI they decided it was time to try IVF. Their first cycle of IVF was successful, but again the egg implanted in the damaged tube, causing another ectopic pregnancy. They used up their four frozen embryos from the first round of IVF, but they did not work. It was their second full cycle of IVF that was successful.

Clara described how taking the drugs was like putting your body into the menopause, which she did...

Show in context
SHOW TEXT VERSION
PRINT TRANSCRIPT
So after hormone tests you start off down I can’t remember the name. Oh you sort of dampen your body down with sniffing. Some do it with injections. Some do it with sniffing, some do it with injections, and some do even with the pill. But I sniffed for about ten days and that basically puts you into menopause I am not looking forward to menopause. It is not very nice. It made me feel very sort of, very passive, and I didn’t really feel like anything and after that, after ten days they sort of check you, your lining of the uterus, if it is really thin, like a menopausal woman and everything is inactive. Your ovaries are not doing anything. Then you inject, yes I think I remember injecting to stimulate your ovaries to produce more follicles and I think the sniffing is longer than ten days. I am getting the days wrong. But the injection is ten days. I remember that. And then you go for regular scans all the way along to see how many you are producing, because it is dangerous to produce too many and you want to be producing enough. So they are always making sure that it is the right amount of hormone you are getting. And they might tweak it. And you have blood tests at the same time to check the hormones. So they might put it up or down regarding, you know it is depending on what happens to you in the ovary and the bloods.
So that is mostly stuff at home I suppose. You are injecting at home?

Clara and her husband made a positive attempt to get as healthy as possible, including doing a...

Show in context
SHOW TEXT VERSION
PRINT TRANSCRIPT
That was just year 2000 and when we decided to try and didn’t work, and didn’t work and that went on for quite a while, maybe two years. Probably a year and a half until I started researching more sort of alternative ways, and we did a lovely programme called ‘Nutritional’ a nutritional programme that really helped with the nutritional balance and minerals in your body. It was absolutely fantastic, really lovely and made you feel really good. And it works for a lot of people. But for some reason it didn’t work for us and after agonising two and a half years I think eventually we went to the medics, and I am not very medically… I mean I don’t tend to like them that much. But we did do it and did a few tests. We knew…[partner] had done his sperm test a few… and they were fine, nothing the matter at all. And so the medics did check my tubes, everything was fine, check my hormones, everything was fine. So there was this agonising, so why isn’t it happening? Part of you wants something to be wrong so you can sort of deal with it. And sort of in a medical way fix it [laughs].
But nothing was wrong and there was a quite annoying, so we continued you know, wanting to do it as natural as possible. And, you know, put a lot of effort in our health and lifestyle and nothing happened.

Claras experience taught her that it was easier to go through treatment in secret.

Not for a long time. Not for a long time. And then we did tell when we would go for IUI or IVF or whatever and then we found it was too difficult to involve other people. So every time it didn’t work it was like getting the whole emotional bag of other people as well as your own to deal with. And it was like oh it didn’t work. And the whole sympathy thing. It was just… we didn’t feel like that anymore. So we totally did it secretly and didn’t tell anybody. In the end, and it was easier because we had done it before and we didn’t need the support of other people.