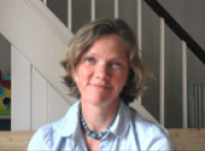 Brief Outline: For DTaP/IPV/Hib' Information in the media influenced her decision. For MMR' Talking with friends who had children was helpful. Gathered information from the newspapers and the Internet.
Background: At time of interview' married, one son, aged 20 months. Parent's occupation' Mother- Illustrator, Father- Museum Director. Ethnic background' White-British.

It is easier to make the decision now than two years ago, now more evidence is available.

It is easier to make the decision now than two years ago, now more evidence is available.

View topic summary
SHOW TEXT VERSION
EMBED CODE
PRINT TRANSCRIPT
I certainly don't blame people who don't immunise their children because it's, it's a very difficult decision to make. Especially in the climate that we've just kind of been through. I felt very lucky at the time that I hadn't had my child two years earlier for example. Because I really wouldn't have known what to do for the best and I would really, really have worried about it. And I actually remember getting very cross around that time when everybody, all my friends with children the same age were worrying about what to do and I got really cross with people who didn't have children of that age, at that time telling me what they thought we should do because they don't know what it's like to bring, to be making that decision at that time.

And I would not have given him some of, you know, one or two of those things perhaps if, if there was more of an atmosphere of fear about it, and mistrust. And, but, I kind of came to that stage with my child just at the point where was a lot of information. It was, it was easy to get and I felt, I felt I could trust the information and I was making the right decision and I, once I made that decision I just wanted to get it over and done with actually. I just really wanted to, I remember making the decision and then things happening and I wasn't able to go to the doctor's to do it for a few weeks and just really thinking, I just want to get this done because we've made the decision now, and everything was fine.

Believed the risk of a side effect from MMR was small and she didn't want her son to be ill when...

Believed the risk of a side effect from MMR was small and she didn't want her son to be ill when...

View topic summary
SHOW TEXT VERSION
EMBED CODE
PRINT TRANSCRIPT
I saw him as a very minimal risk and I probably really did think [child noise] Yeah, I think he was at, I think by the end of it I believed that he was at negligible risk from the MMR itself. Obviously he could still be autistic. That could still happen. And what, if you look at, that to manifest itself but I felt that it was so small that I didn't want to, for him to miss out on the benefits of the immunisation for it.

Well they can be serious if a boy gets the mumps he could become infertile, which is serious. And they, they are serious illnesses. They are not very often fatal but it's horrible having a sick child. A young, sick child it's just dreadful and I wouldn't relish looking, you know, I don't want to go through that at all. There's worse things that he can suffer with but, yeah, I'd like him to not have to go through something like that.

So how do you feel about the decision you made?

Oh, I feel comfortable with it.
Previous Page
Next Page