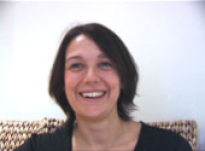 Brief Outline: For DTaP/IPV/Hib' Information and advice from her brother, who works for a medical journal, experience of other children in the family being immunised with no ill effects, belief that some media reports were sensationalised and talking to the practice nurse helped her to make a decision.
Background: At time of interview' married, One son, aged 5 months. Parent's occupation' Mother- Bank Manager, Father- Chartered Accountant. Ethnic background' White-British.

She thought a lot of what she read in the newspapers was sensationalised.

She thought a lot of what she read in the newspapers was sensationalised.

View topic summary
SHOW TEXT VERSION
EMBED CODE
PRINT TRANSCRIPT
I suppose a lot of the way it was presented in the media was sensationalising it and that kind of tends to put me off, not put me off but I tend not to believe the sensationalisation of things that I, that I read and hear in the papers. But it, it does concern you because you know what, what if there was but I think I'm more prone to believe that there is no link.

I guess because of the papers that it was, that it was in and it was in a lot of the tabloids and if you read the broadsheets there was a much more reasoned argument and they weren't saying you know that there was a link, it was very much The Mail and The Express and maybe a bit Government-bashing, a good excuse to say the Government weren't being honest and things like that, and I tend to take those things with a pinch of salt. So, so yeah. I mean I don't know that it, I still don't know a hundred percent that it's not, that there isn't but I think the proof you know the overwhelming evidence is that there, there isn't a link.

The diseases are much worse than the immunisation.

The diseases are much worse than the immunisation.

View topic summary
SHOW TEXT VERSION
EMBED CODE
PRINT TRANSCRIPT
It isn't pleasant you know different babies react differently to them if you're not sure then speak to the nurse before she does the injections to reassure you and don't hesitate to speak to them afterwards if the baby is fractious but it is quite normal for them to be a little bit off colour certainly after the first set. But it does only last a very short time. And it's horrible hearing your baby cry but they stop crying and they forget and I don't remember having any injections done when I was little so you do forget. But you know they need to be done because all the things they're being immunised are horrible things to have and your baby is going to be far worse if you don't immunise them than, than if you do. So not pleasant but necessary.

She trusted her brother's advice because of the information he gathered through his job.

She trusted her brother's advice because of the information he gathered through his job.

View topic summary
SHOW TEXT VERSION
EMBED CODE
PRINT TRANSCRIPT
I had somewhere else to go to for information, and my sister-in-law used to be a health visitor. I mean a long, long time ago but all those little links it means I can check what's being told to me with someone outside of it and get another informed opinion. So that's very useful and not everyone has that. But yes certainly has helped me, I trust my brother implicitly and if he says 'It's safe,' then I trust him that it's safe. So you know, because he probably has more insight in to, he has a lot of information at his hands and maybe sometimes as much as the doctors do but he gets both sides of the argument because he's trying to write a balanced, you know they're trying to do a balanced piece so he'll see it from both sides.

Find out what parents' concerns are and address them.

Find out what parents' concerns are and address them.

Well certainly the nurse that I've spoken, that I spoke to was very informed and that always helps make a decision is, is having trust in the person that you're talking to that they actually do know what they're talking about, there's nothing worse than talking to someone and you think “This person actually hasn't got a clue,” and they don't instil any confidence in you whatsoever. So she may have been talking complete rubbish but she sounded like she knew what she was talking about, so I believed her.

And I think on my six week check-up when I spoke to the doctor then about them and she sort of said you know in your little red book it asks about immunisation and she asked if I had any, you know she raised the subject, was I thinking of having him done, did I have any questions about them and I think just the fact that she was very open and you know inviting questions. And I didn't have many because I'd always thought that I would have it done, it was before the onset. But I think doctors can, you know they raise, if they raise the issue and ask if there's any questions, anything that they're unsure about at that stage rather than the parent at the six week check, rather than the parent just getting this form through. I think that was explained to me as well, that was explained to me by either the health visitor or the doctor that, you know how it worked because I didn't know whether I had to make all these appointments myself or whatever.

So it was explained that I would get an appointment through and then you just turn up or you cancel it or, and re-book, whenever. So I think that helped that, actually having the process explained that you didn't have to do anything. I think as long as they talk to you like an adult and don't “Oh you just must have them done,” as long as they sit down and actually find out what your concerns are rather than dismissing you like you're silly, then I think that helps a lot of people.

The consequences of the disease are far worse than the immunisations.

The consequences of the disease are far worse than the immunisations.

View topic summary
SHOW TEXT VERSION
EMBED CODE
PRINT TRANSCRIPT
Because I think as I said before, because of the consequences of him getting any of the things that he's been vaccinated against are far worse than the mild reactions that he may have to the, to the DTP jabs. You know it's a pain for a couple of days but if he contracts whooping cough or diphtheria or, or meningitis then you know it's him you know potentially life-threatening. And they're not very common and would they be diagnosed correctly and, and all those sorts of things. So for me there wasn't, there wasn't ever he wouldn't have them.