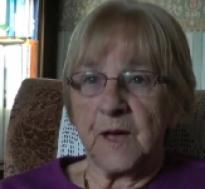 Age at interview: 85
Brief Outline: Isabella was diagnosed with heart failure around twenty years ago. Her GP is also a cardiac specialist and looks after her care. Her condition has remained steady so her treatment has consisted of taken an ACE inhibitor and a beta blocker. Isabella hasn’t been affected by side effects. Recently Isabella has complained of breathlessness and tiredness but she is unsure whether it is the result of her condition or her age.
Background: Isabella is a widow and has one daughter. Before her retirement she used to work in an accountancy firm. She lives on her own in a close-knit community. Ethnic background: British.

Isabella forgot the date when she was diagnosed with heart failure (HF) but says that it must have been around twenty years ago. She was in her sixties then and caring for her late husband who was ill and needed full-time support. She took the medication prescribed to her by the cardiologist but wasn’t very concern for her own condition. She was too busy looking after her husband. She feels that now she has ‘slowed down’ but describes herself as someone able to do most things in comparison to others her own age.

After her diagnosis she used to attend check-up appointments at the hospital but her GP is a specialist cardiologist and she prefers to be looked after by him. She attends regular cardiology reviews at her GP surgery and occasionally makes additional appointments if she is feeling short of breath or experiencing a bit of pain. She has regular blood tests and her GP/cardiologist specialist told her that if the blood results were fine she was not going to be hearing from him. Every six to twelve months she attends the hospital clinic for scans, x-rays or other tests if and when are needed.

Isabella takes medication that helps with her shortness of breath but also manages by pacing herself and stopping what she is doing and just relaxing. She complains of tiredness and fatigue but thinks that maybe it is more related to age than heart failure. She has had no side effects from her medication. She has had hip replacement surgery.

The impact of heart failure on her quality of life appears to be minimal. At 85, Isabella is able to look after herself. She does all her housework (cleaning, cooking, and shopping) and she weekly walks about one to three miles downhill to go shopping but takes the bus on her way back. She used to walk up the hill but now she finds it difficult. Once a week she works as a volunteer in a church community group and once a month she goes out with friends and ex-colleagues for a meal or other social activities.

Her attitude has been to accept her condition and to work with it but not let it restrict her life. When her husband was alive and in good health, they used to travel abroad a lot - something she enjoyed very much. But as her husband condition deteriorated he couldn’t fly anymore so they started to take holiday in the UK instead. She continues holidaying in the UK with friends.

Isabella’s attitude to heart failure has been to learn to adapt to her limitations and get on with life.

Isabella’s attitude to heart failure has been to learn to adapt to her limitations and get on with life.

View topic summary
SHOW TEXT VERSION
PRINT TRANSCRIPT
So what would you say about how heart failure has affected you physically?

I didn’t let it affect me.

What do you mean? [Laugh]

So I used. When you’re, when all of this was happening if there were things that are found were troublesome to me or affected me, you know, that I wasn’t breathing or very puffed and that then maybe I wouldn’t do that next time. So I adjusted my life accordingly really.

And I find if I can’t do a job one way because of shortage of breath and that I find another way of doing it.

Yes for example well you mentioned garden I like gardening. Well if I found I couldn’t dig or whatever I’d find an easier way of doing something or a longer the handle or something, think new ways of doing things. So I would adjust, I adjusted really.

Would you say that to some extent heart failure hasn’t affected your moods and the way you live your life?

Isabella does all her housework and volunteers one day a week in a local charity.

Isabella does all her housework and volunteers one day a week in a local charity.

View topic summary
SHOW TEXT VERSION
PRINT TRANSCRIPT
Well apart from keeping the house tidy and clean [ah] I don’t have any help so I do everything in the house. I also… Today I have been doing voluntary work. So every week I do a voluntary job. I, years ago, I’m saying years ago, for about four years I think I was a member of a voluntary organization and [ah] I retired this last year or the year before. Time flies. And as soon as I retired a friend of mine says, ‘Oh now you’re retired from Samaritans’, because it was Samaritans I was heavily involved in. She says, ‘Now you’re retired you can come and help us’. And she works at, we call it chapel, it’s church and where they serve meals at lunchtime or coffees on a morning, meals etc. ‘And you can come on the till’. Because I’ve always worked in an office and always involved with monies and I was treasurer to the Samaritans, that sort of thing. So I’ve been since then I do one day a week on the till [laugh] and still doing it.

Isabella still walks down the hill to the shops but takes the bus on her way up.

Isabella still walks down the hill to the shops but takes the bus on her way up.

Ok. You walked him?

So we walked dogs. And now you are on about walking this is, I think I mentioned there is a lane at this end here because it was all countryside this at one time. We were the last houses one time. And I don’t know how far it would be, just about over a mile I think is the shopping centre down there or a few shops and its part of a new estate. And I walk, what I do now I’m still walking but not as far. I walk down this lane as it is because close to the end there’s allotments off it and gardens from back of the houses at the other side. I walk down the lane. Do my shopping, get the bus back and get off at the corner.

So I’m not walking uphill because it’s downhill there. So going to the shops is walking downhill so I don’t walk back uphill carrying shopping. I get the bus.

And that is a one mile walk?

I would say just over a mile if. Yes I would say a mile yes. And the other way, is what we call, is across down the bottom of this hill. We have from here where you came up, you see, you climbed up is a hill. So I, it’s quite nice walking down but it’s coming back up that’s the problem. And so then you can cross the road and you are going into the village and you shop in the village et cetera and I can get the bus back. So I do that. I walk down because it’s downhill but I know I’d be struggling for that walk back up and I get the bus.

Isabella regularly meets the friends she used to work with all those years ago.

Isabella regularly meets the friends she used to work with all those years ago.

View topic summary
SHOW TEXT VERSION
PRINT TRANSCRIPT
Yeah. Well I was a Samaritan for over 40 years so I was very heavily involved in that and I was deputy director for the branch and visitors of the branches and then travelled around. So I was heavily involved in that for several years, a lot of years actually. And then now retired, when I retired from that I, I’m still friendly with them and I still have friends in there and we go out once a month, a group of females. We have our nights out, social evenings out. So there is a lot of friendship came from being a member.

And it’s continued and which is nice. And so I retired from that when my husband was so poorly as well and it was the right time. It was funny because people say, ‘Don’t you miss it?’ I said, ‘No the time was right, you know when I did it’. And there are social events obviously in which I always get an invitation to go and join in and I still have friends in there and we meet up and we go out for a meal once a month [ha] on an evening. And so it’s quite a lot of spin offs from having put in work. And the other thing I go, I used to go to water aerobics every week. That used to get exercise there but I did find that quite heavy going the last year. So I don’t. I must admit I had to pack that in because I thought, ‘I’m puffed here all the time I’m coming out. It’s not worth it.’ And I meet up with some friends who still go, some who don’t. So after they’ve finished at lunchtime we have a coffee at that and a natter [laugh] and socialise.
Previous Page
Next Page