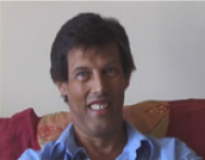 Having heart failure forced him to look for a less physical job.

Having heart failure forced him to look for a less physical job.

View topic summary
SHOW TEXT VERSION
EMBED CODE
PRINT TRANSCRIPT
And so I pestered them actually, I didn't think I'd have the nerve but once again I couldn't dare say anything about my heart. This was also verified by the fact when I worked at the previous place, there was a chap there who'd had a heart attack and had been in to have a heart bypass, and I was talking to the foreman one day and he was looking at me, and he'd often confided in me because I was a very good boy [laughs]. In other words, I kept my mouth shut and I got on with my work.  And so he thought I was a friend of his, and he turned round and said, 'Our money-boy there has been inside'. (You see that's my reference to being in hospital, being 'inside'.) So anyway he said, 'I'll tell you what, if you want a fact, he's got a bad heart, I'd get rid of him'. 'Is that right?' 'Yes' he said, 'Well he's a lame duck isn't he?'

And there he was talking to somebody with severe heart failure who was his hardest grafter! And he kind of, I wanted to have a go at him you know because I'm not one for sort of standing back when something needs to be said, and then so when I went for this other interview I had this in mind, don't you dare mention having a heart failure.

So I got the job as an inspector and I went and it was basically an inspector, lovely job, you just looked at something, compared it with a drawing and said yes or no.

The number of heart failure drugs he's taking has reduced over the years.

The number of heart failure drugs he's taking has reduced over the years.

View topic summary
SHOW TEXT VERSION
EMBED CODE
PRINT TRANSCRIPT
Well I'm actually taking less tablets now than I did when I first started because a lot of those drugs have been changed over the years and that's the only advancement I've seen. [Pause] About 10 a day, I take. 10 tablets a day, some are to be aggressive, I mean I take huge amounts of diuretics. My father-in-law brags about taking 25 or is he taking 10mg of frusemide, I said I take 500mg and frusemide and lansoprazole, that's for acid stomachs and to suppress any acids in your stomach or something like that. And then you've got the metolazone which is a mild form of diuretic, you've got spironolactone, another diuretic which isn't so harsh on losing potassium.

Describes his response to finding his heart was not strong enough for a heart transplant.

Describes his response to finding his heart was not strong enough for a heart transplant.

View topic summary
SHOW TEXT VERSION
EMBED CODE
PRINT TRANSCRIPT
Another option was to have a heart transplant. So we started looking at the option about having an operation, and I went for lots and lots of tests and many of the tests, I can't even remember most of the tests I had because I had so many. And one of them, there was a lumbar one to test, I remember that one, taking a marrow reading and they took that from the lumbar region and then they did a biopsy and they took a vast amount of x-rays. And in the end they decided that it wasn't a good..it wasn't a good idea to operate because they believed that just putting me on to a life support machine would kill me. Because all the pipes supplying the heart were also, in their view, possibly calcified and wouldn't be able to be connected to pipes and that's why they couldn't put me on a life support machine.

This is the problem with the system up there, they're not very precise in exactly what they say to you. They're not very good at communicating. It was one of the worst places I ever went for communications. And at the time I was taking warfarin, that would cause a problem, the calcification would cause a problem, there was a number of things that I can't remember now. Because to be honest, when you're sat in that little room and he walks in and he brings a nurse with him, I said to [wife] 'It's no good', cause as soon as I saw the nurse you observe the body language.

So I walked out of the place totally numb, dumbfounded and I think that was the worst thing my wife ever said at the time since we'd been married when we went outside, 'Don't worry, there's people worse off than you'. And I couldn't believe she'd said it. And I understood, I know what she meant because when we were there, there were people 10/12 years of age being pushed around in wheelchairs with the trolley following them with the oxygen. But your illness is relevant, it's your illness, it's your pain, it's your discomfort. You can't put yourself into the place of somebody who might be worse off than you. So although I can sympathise with them I still don't want to be like I am now. I'd like to have had a heart transplant. And I had this discussion with the consultant in as much as 'quality of life', because he once said, 'We'll take a chance and do the operation on you in the 11th hour or when your 'quality of life' is such that you've nothing to lose'.

View topic summary
SHOW TEXT VERSION
EMBED CODE
PRINT TRANSCRIPT
It would help improve consistency and also friendship and greater knowledge of patients if you were to see the same doctor each outpatients appointment. I've put this to the doctors, and they said that wouldn't be possible because you know, being a training hospital you would get that for X amount of time and then they would be off somewhere else or whatever.

And it's like, it seems to me the outpatients job is the job of somebody, 'Well you can do outpatients today.'  It's like the give-away job, and so every time I go up there I see my consultant in the end office and I'm just hoping I'm going to get his ticket and I don't.  And so in the end I just sort of raise my eyes in the air, and I look at the person I'm with and I just get as awkward as hell. And they don't like it, but then as I said to somebody, they're not the ones who go home afterwards to what I have to go home to.

Yes, it's one of my arguments in the past because often when you go to an outpatients clinic what happens there is you say what's wrong, and each doctor has got each their own idea of what should be. So they give you an idea of what, their idea of what you should be taking, and they'll change it so you go out and you try it. I learned eventually that it didn't make a lot of difference, I went back to what it was before, better the devil you know kind of attitude.

Explains that having to take drugs everyday has affected his quality of life.

Explains that having to take drugs everyday has affected his quality of life.

View topic summary
SHOW TEXT VERSION
EMBED CODE
PRINT TRANSCRIPT
'I just sort of see them standing there and smash, because that's it! That's my bacon and egg and cereals in the morning, and without those I don't live. So it's not a nice thought. I have to take these things. I suppose if I wanted to be philosophical about it, if you stopped eating food you'd die, so in a sense it's another form of food. But this is a special dish - this is cordon bleu! I mean it's a specialist dish which I have to have and I can only get it from one source.

So you'd be knackered if the only source of food you can have came from the rain-forest because we don't have rain-forests here. So you'd have to go to Brazil or Australia and that's the only snag. I have to go to a chemist and I need a doctor's list, so it reduces my freedom, my quality of life, freedom. And..it is just a split-second thing sometimes, I just see them there, and it's like the enemy instead of my friend, I just smash them - let them know who's the boss, I'm the boss.

Once or twice, this was going back a few years, I didn't take them at all. I actually got away with it for about a day. If I did that now, I'd be struggling after a day, I couldn't do it now, my heart just isn't that strong, it is very, very weak now.
Previous Page
Next Page