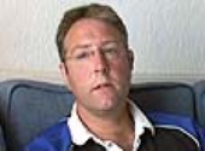 According to his dad, Daniel’s weight affects his life in several ways' he is reluctant to let people see his body, for example, when he’s on holiday or swimming, and he can’t take part in some sports. Daniel does a lot of physical activities though' he swims once or twice a week, goes to the gym two or three times a week with a friend and plays on a rugby team. Daniel is good at and enjoys these activities, but as he gets bigger, it’s getting more difficult for him to enjoy them because of the increased effort they take. Charles says there’s no activities that Daniel can take part in with other kids in the same situation – and that if there were, that would be helpful because then he’d know he wasn’t on his own. Instead, they have to do some activities at particular times (e.g. adult swimming sessions) to avoid other kids Daniel’s age in case they tease him. Despite all these activities and a controlled diet, Daniel is still gaining weight. Charles says he can’t understand how this could be possible.
Charles says that Daniel is reluctant to talk about his weight issues, and thinks he might have been in denial about it. He thinks Daniel must find it depressing to not be able to eat what his friends do, and to have such difficulty losing the weight. As a parent, Charles has felt upset and guilty at times, especially knowing that Daniel doesn’t want to talk about his feelings and might be feeling lonely.
Charles says that they tried to get help for Daniel for many years, but didn’t receive any until recently when Daniel was referred to the obesity clinic by the consultant at his kidney clinic. The obesity clinic prescribed medication for Daniel to help control his weight and provided a lot of helpful information. Most importantly, Charles says, they were not judgemental, unlike other health professionals they had seen. Charles says that the emphasis has always been on them as parents, and they had sometimes been made to feel as though they weren’t doing enough to help Daniel. He thinks there should be more help for children and parents in this situation. Charles recommends that other parents keep on asking questions until they get answers or help from health professionals.

Charles' son's weight gain didn't cause any concerns until he was four, when it became more noticeable to family and health professionals.

Charles' son's weight gain didn't cause any concerns until he was four, when it became more noticeable to family and health professionals.

View topic summary
SHOW TEXT VERSION
PRINT TRANSCRIPT
My son, was diagnosed with kidney problems in when he was in the womb. At a very early stage and at birth various things were carried out, various tests and after a period of three to four years weight gain became apparent. Only very slightly as part of his growing, his development and it was it was noticed at a fairly early stage by health visitors and that sort of thing but it was thought to be just a developmental issue which would disappear as he grows and this sort of thing. As he grew older and older and older it became apparent there was more to the weight gain than was first thought. And despite various attempts to lose weight he hasn’t been able to control it, we haven’t been able to control it and hence he has reached the stage where fairly drastic forms of action have to be taken now to have to try and reduce the impact it’s having on his life.

Charles has heard people talking about his son's BMI but no one has really explained it to them.

Charles has heard people talking about his son's BMI but no one has really explained it to them.

View topic summary
SHOW TEXT VERSION
PRINT TRANSCRIPT
The BMI index, the only time the first time I heard of the BMI index was when my son went to the gym and the gym instructor started talking to him about it.  And set, tried to set him targets about using your BMI with certain number  but it meant very little to me. No one’s really explained what it is or…
Does it mean something to your son?
I’m sure it probably does because he knows what it is.  And the, the computerised generation that they live in  the gym has all these systems in place and it it’s all technologically, technologically interesting for them to, to have all these things that they can challenge them.

Charles feels it helps his son to be doing PE with the sixth form in a controlled environment.

Charles feels it helps his son to be doing PE with the sixth form in a controlled environment.

View topic summary
HIDE TEXT
PRINT TRANSCRIPT
One of the things we didn’t talk about was how your son, what PE lessons are like for him?
PE lessons are a struggle. For obvious reasons, I there are various occasions when notes are asked for, for not having to go. To be fair, the school that my son attends now, the senior school, has been absolutely brilliant and they have offered my son the opportunity not to have to partake in PE lessons that he can’t do. But have offered the opportunity of going to the school gym and joining in with the upper sixth form to be part of their A-level PE studies so that he can be in a controlled environment undertaking exercise which they are producing tasks for him to do as part of their education which is, which is brilliant. And it’s not seen as derisory you know, it’s seen as a positive thing both for the A-level students and my son. So they’ve been absolutely great.
But it does annoy me when you have PE teachers who, and it’s not just my son, but lots of children who are forced to do things which obviously they are physically impossible of undertaking without a huge embarrassment to them or pain to them. And I just see no point in making someone do something which they are extremely uncomfortable with when there must be lots of other activities they could do which would be of benefit to them rather than turning people against them and coming up with notes that they don’t have to attend PE because they’ve got sick for the day or whatever. And it just seems well, it’s obviously just too much trouble for the school because it means the teacher has to do something but the school that my son attends has been very good. But, I think that’s probably a rarity rather than the norm.

Provide specialist support for parents for children’s weight management before they reach the teenage years and give the issue greater priority.

Provide specialist support for parents for children’s weight management before they reach the teenage years and give the issue greater priority.

View topic summary
SHOW TEXT VERSION
PRINT TRANSCRIPT
I would love there to be much more assistance for parents at a far earlier age probably as early as… there’s a big gap in the healthcare field. You have a child, you have your midwife who comes round, you have a healthcare professional who pops in for a couple of years until the age of five. And then everyone disappears until there’s a problem which manifests itself or the parent is willing or able to go to the healthcare professionals and look for advice.
I think a) sit up and take action because not enough is being done for children. There is not enough informative documents or information available to parents to be able to assist them in controlling their child’s weight management. And there isn’t enough assistance particularly from GPs, which is always the first call to be able to do something about it. And I think that if there was some form of club or child obesity clinic before they reached the teenage years available in regions if nothing else, then it would have a huge impact on the child and the parent’s ability to control their weight loss.
The problem that we’ve found is that no one is willing or I say been willing until now to see the weight management as a really serious issue a) probably because I don’t think there’s anywhere in Britain that I’m aware of that actually does anything about it. And there doesn’t seem to be a great deal of information apart from a few leaflets. And unless the healthcare [system] takes weight control much more seriously in children I don’t think anything is going to happen because it’s just pushed to one side and seen as a minor issue that parents have to control. And unfortunately there aren’t enough parents who are willing to do that and I don’t think there are enough parents who are able to do that because there isn’t any information to help them.
Previous Page
Next Page