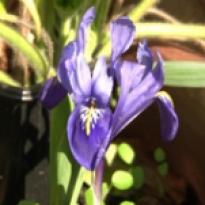 Rukmini, who grew up in Goa, said that the first time she smoked was when she went to Delhi to complete a Masters course. In the region where she grew up it was considered socially and culturally taboo for women to smoke. Nobody in her family did so, and she remembers it was only her teachers at university who smoked. She said that when she started smoking in Delhi, it was about empowerment and chatting with friends. She saw a connection between feminism and women claiming public spaces by smoking. She says smoking was at first more about ‘performance’ than enjoyment, but slowly she started to enjoy it more. She mainly smoked the brand of cigarettes favoured by Indian working class men and also smoked more expensive Indonesian cigarettes (Gudang Garam) at other times. She spent around about 1200 rupees a month on cigarettes, which was approximately a third of her income at the time.

Smoking, according to Rukmini, never felt like a ‘conscious’ decision, but just something that people ‘did’. She remembers that, when she later worked for an NGO in Delhi, women secretly smoked in the toilet. She smoked about 10-12 cigarettes a day, but could smoke up to 20-25 cigarettes in a night when she was drunk. She became annoyed that her clothes smelt of cigarettes but continued to smoke ‘because everybody else did’.

The father of Rukmini’s ex-partner died of lung cancer and, because her ex-partner was worried about the risks of smoking, they used to fight about it. Rukmini says that the reason she eventually gave up smoking was her ex-partner’s feelings on the subject. She later moved to the UK where cigarettes were ‘ridiculously expensive’, and because she was only on a scholarship her income was limited. Giving up at that time was her chance for a ‘clean break’. She quit smoking on New Year’s Eve, and says she was ‘snappy’ but just drank a lot of tea. She gave smoking up ‘as a habit’ in 2003, but still smoked occasionally when she was drunk or when there was a rollie about. Rukmini comes from a family where there were considerable heritable health risks present, such as heart disease and diabetes. However, as well as the health risks, she also thought about money and not wanting to have the ‘dependency’ on smoking.

Now, because she is employed in mental health and works with young people who have addictions, she thinks she doesn’t need any addictions in her own life. Once in a while she will smoke a cigarette, but says she doesn’t miss it and she is just ‘having a nice time’. Rukmini is now into yoga and the ‘health and wellbeing’ movement and has lost some weight. Rukmini says that she felt great after she stopped smoking and could actually walk longer without feeling out of breath. She doesn’t fear that she could ‘slip back into it’ and she feels happy without smoking. She says that there are other ways to feel good about yourself.

Rukmini didn’t find it hard to give up smoking. She had no withdrawal symptoms.

Show in context
SHOW TEXT VERSION
PRINT TRANSCRIPT
I don’t think it was hard giving up, because I don’t think in the first place I was ready quit, in the sense, in which medicine understands addiction. I don’t think. I think I did was more a social thing and it was more, almost it was a political thing, because I wanted to assert myself in public spaces and say that I could do what men could do. It was more that then.

I didn’t really miss it, but I would have said that I wasn’t tempted. I was tempted to pick a cigarette up and smoke. And it wasn’t hard, like, I didn’t find it really difficult, or I didn’t have any kind of withdrawal symptoms, but if I smelt somebody smoking, I had a whiff of smoke, I’d say, Hm. That would be nice. But I don’t, I didn’t really like it. I didn’t go crazy. I missed that. I did drink a lot of tea and I think that was my way of coping. But I don’t think it really bothered me much. You know, I was fine.

Rukmini thought that all the women in the Delhi office where she had worked smoked secretly in the toilets.

Show in context
SHOW TEXT VERSION
PRINT TRANSCRIPT
I do remember while I was in Delhi and working for an NGO my auto rickshaw would drop me at the gate and I used to give the guy, who used to work in the gate the chokidar there would go and buy my cigarettes for the day, so and I worked in an office where we could not openly smoke and the culture of the place was that everybody, women smoked in the toilet. And I found myself smoking in the toilet and I hated. When I realised this I was just like why am I doing this, you know, this is … So it did feel at one point, or a year before I quit, it felt like an addiction. It felt like there was pleasure, you know, and that’s why I was doing it. Because if it was about, if it was about public space why was I doing it in the toilet, so you know, I don’t know what the, what the classic definition of addiction is, but I do think those pleasures are associated with it and I started smoking in the toilets. It was a bit weird.

And did you sort of think about that at the time, or is it only now?

No, it’s only now when I think about it. You know, at that time, everybody all of the women in organisation smoked in the toilet, and you know, there was a secret stash of cigarettes in our drawers and people would pick a cigarette and not say you’re going for cigarette breaks, and then when you came out the toilet, you know, it was big AC offices so the toilets reeked of cigarettes and everybody else knew that you had gone and smoked a fag, but it was just something that you quietly did and didn’t do it in front of your bosses and you didn’t do it in front of anybody else, and that was not the reason why I’d started smoking. So if I had no problems with smoking in front of men on campus, why was I scared of smoking? you know, why did I smoke in the toilets, because it clearly wasn’t just a cultural thing, you know, I think it was more than that, because I was addicted to the pleasure, you know, and may be, I don’t know, maybe I just wanted to fit in with the other women who were smoking in the place, you know. And all of this is this whole image you know, you’re radical and you’re cool and you don’t fit into the defined norm, and hence you smoke. I don’t know. I don’t know what was going on at that point, but I did find myself smoking in the toilet. But then looking back that was a bit weird

Rukmini and her partner used to fight about smoking and this, along with the expense, was one reason why she quit.

Show in context
SHOW TEXT VERSION
PRINT TRANSCRIPT
Well that was, you know, one of the reasons why I quit smoking, because she was so unhappy. She said, “You know, you can do whatever you want to do, but not smoke. Yeah, we spoke about it and it did cause a bit of you know, fights between us that I smoked and she didn’t really like smoking, but over time, I think you know, I just made a conscious choice, and I think it was also dictated by economic reasons. I was going to move here. I got a scholarship to come here, and everybody told me that cigarettes were ridiculously expensive here and I could not sustain for a very long time on cigarettes that were brought from India, from subcontinent and brought to the UK. And I just thought, you know, what I’ve been talking about, you know, wanting to give up for a very long time, and this is my chance. I’m just going to make a clean break and not smoke at all.

Living in a University hostel in New Delhi, Rukmini used to spend about a third of her limited income on cigarettes.

Show in context
SHOW TEXT VERSION
PRINT TRANSCRIPT
It was something that everybody else was smoking around me and I guess, you know, it was also economically very cheap to smoke those cigarettes to smoking anything else, because we were students and living on very little.

So how much would cigarettes take up of your income?

I didn’t have an income. I was living on stuff. I was living on money sent to me from home, and I was doing a bit of tuition there, therefore I wouldn’t really call that income. I don’t know. It was about, I would say it was ten to twelve pounds a month which was a substantial amount of what I used to spend in a month at that particular point of time. I wouldn’t say it was everything. I think a third of what I had. You know, but it was about 1200 rupees which was about yes, roughly about £10 - £10-12. But yes. Which I know is nothing as compared to, you know, how much you can smoke here for £10-12 is nothing, but it was quite a substantial amount for me at that particular point of time.

And did that feel like a decision to spend that? Did it…?

It never felt like it was a decision, it just was something that everybody else around me did and I just did it, you know, and I didn’t really, there wasn’t like a conscious decision, but I thought that I will spend only this much, I wouldn’t spend that much. Just that, you know, people just smoked cigarettes. If you didn’t have money to buy cigarettes, you smoked cigarettes from somebody else. And you just smoked.

I think with that kind of communal living you know, it was pretty shared. So if you didn’t have many to buy cigarettes your friends would give you cigarettes you know.

Rukmini said there were other ways to feel good about yourself than smoking.

Show in context
SHOW TEXT VERSION
PRINT TRANSCRIPT
What message would I give to people who are thinking of giving up? I just think, you know, I just think your body doesn’t need it. There’s, there’s other ways to feel good about yourself and it’s a dependency that nobody needs, and it’s got really high health implications and you know, in modern times as it is we have to deal with all kinds of ailments. It’s a complication that we create for our self. And if we can stay away from it. It’s best, you know.
Previous Page
Next Page