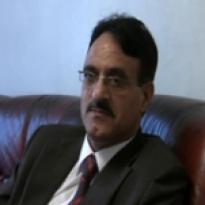 Age at interview: 54
Brief Outline: Munir, 54, gave up smoking at 51. Munir is British Pakistani, works in the media and lives with his wife. He has five children. Munir started smoking with friends at 13-14. He soon became addicted and smoked 10-15 a day for 37 years. Munir gave up using Varenicline and with the support of a smoking cessation nurse. He had two blocked arteries and is grateful he gave up smoking before this incident.

Munir started smoking with some of his friends when he was about 13-14 years of age. In total, he smoked for 37 years. He remembers how when he was a child he could just go to a shop and buy a couple of cigarettes. He only smoked 10-15 a day, which at the time he didn’t think was that harmful. Munir only once smoked in front of his father as he says that it is his custom out of ‘respect of his elders’ not to smoke in front of them. Like a lot of people, he found that he smoked more when he had a ‘bit of tension’. Munir used to enjoy a cigarette most with a cup of tea or after a meal and he didn’t realise how easy it was to get addicted.

Munir used to think it was strange that he would wash in the morning, then put deodorant and aftershave on, and then have a cigarette. He says that the smoking ban didn’t really affect him, as he was ‘out and about’ with his job in any case. During Ramadan he didn’t smoke during daylight hours, and thought that logically that if he could spend 18 hours without a cigarette then he could give up. He didn’t pay that much attention to public health messages as he didn’t think something would happen to him and felt he didn’t smoke that much.

Munir’s first attempt at quitting was after he smoked once in front of his dad and felt ashamed. He gave up for a couple of months whilst he was in Pakistan, then just thought he’d have ‘one’ and found he had started again. When he returned to the UK his friends were all smoking, so he started again. Munir tried to give up three or four times with nicotine replacement patches, but would start again after he had stopped using the patches. He used to give up for a few weeks and then start again. The decision to finally give up came when he was starting to wake up with ‘a mouth full of slime’ that made him throw up and feel ‘really bad’. Eventually he found a nurse at the GP’s surgery who was very helpful. His son and wife wanted to help him give up also. Munir talks about the fact that his wife had cancer and that he wanted to think more about health issues in general. He says that giving up smoking was his way of saying ‘I care for you’ for his wife, as she didn’t like the smell and used to worry about it. After quitting he says that his appetite increased and that he has gained a bit of weight, but that he also has more energy. He finds that he is not so out of breath anymore and that he loves food now, whereas before eating was ‘just filling [himself] up’.

In the end he had some varenicline (Champix) tablets from his GP’s practice and found that after the 5th or 6th day he ‘just couldn’t smoke’ although he also couldn’t sleep at night. The nurse told him to ‘hang on’ and gave him a lot of support and motivation. He found that giving up was about willpower, the motivation that his family provided, and Varenicline.

After he had given up, Munir had a problem with two blocked arteries, and is now ‘so grateful’ that he gave up smoking beforehand, as he feels it could have been a lot more serious. He remembers that he had had some samosas with friends one night, had ‘a bit of heartburn’ and woke up about midnight to take some Gaviscon. At 3 o’clock he experienced severe pain. He asked his wife to give him some Asian herbal remedies for heartburn but it was still getting worse. Eventually he crawled down the stairs and went to call for an ambulance and the phone fell out of his hand. Later he was pleased to tell the doctor in hospital that he had already given up smoking.

Now that he has quit smoking he finds that he has £30-40 more in his wallet by the end of the week. His wife is even pleased that she doesn’t have to clean the chandelier in the living room and his son is really delighted he doesn’t smoke anymore. Munir says that there are no negative effects of giving up smoking, only benefits.

Munir wondered how much he really needed a cigarette, since he could go for 18 hours without smoking during Ramadan.

Munir wondered how much he really needed a cigarette, since he could go for 18 hours without smoking during Ramadan.

View topic summary
SHOW TEXT VERSION
PRINT TRANSCRIPT
Yes, during the month of Ramadan as soon as we open fast, obviously a bit of food, and next thing you know, you’re outside having a smoke, you know, you go away from the kitchen and start smoking and the first cigarette after opening Ramadan, after you fast, you used, used to give me, you know, my head used to spin. But then, the next cigarette used to be okay, and ten minutes later you used to light up another cigarette, I used to smoke another one and I just used to make up for it. You know, the time you’ve given up smoking all day, you’ve not smoked all day, and that’s seemed to work very well, come to think of it, but all day, you’re don’t smoke because you’re fasting, and then as soon as the fast opens, you have a bit of something to eat and then you’re smoking, like a chain smoker, after every few minutes, you know, and then you know, you have the willpower to not to smoke during day for ten, twelve and this year, there were 18 hour you know, fast. And people manage to not smoke during those eighteen hours. But amazingly as soon as the fast opens, you start smoking again. I mean surely the logic says that if you can give up, if you cannot, if you can stay without a cigarette for 18 hours I’m sure you can stay without a cigarette for 24 hours, but it’s not mentally, you’re itching to smoke, you know, so…

Munir stopped smoking in front of his missus after she had had cancer.

Munir stopped smoking in front of his missus after she had had cancer.

View topic summary
SHOW TEXT VERSION
PRINT TRANSCRIPT
My missus used to smoke during pregnancies and then give up. But I think it was because of her health. I didn’t want her to how can I say it? Because she was suffering from cancer and she had major surgery, and she was traumatised, she was so under pressure and stress as well, I didn’t want her to think or worry about cigarettes smell as well. So that was my contribution her towards her to say, “I care for you.” So it was a caring gesture as well, and it was a will power for my missus for her that I smoked, and that’s why I say, “I’m not going to smoke.” Because every time I smoked, she felt bad. She used to walk out of the house or go outside and then she used to start vomiting and feeling sick, and I says, “No I can’t do with this.” But it is more important my missus or is it the cigarettes I smoke, because it’s causing her so much grief, so that’s… It was a combination of things that helped me. But some people, you know, we had good service, I was fortunate enough to give up, and some people are not.

Munir was referred to a nurse in his GP’s practice. She offered him support, and prescribed NRT patches and varenicline.

Munir was referred to a nurse in his GP’s practice. She offered him support, and prescribed NRT patches and varenicline.

Could you tell me a little bit about her?

She’s a relative of ours, and she works for my GP and she’s been working for him quite a number of years, and I just went in to see her as general, as check up and she says to me, “How many cigarettes are you smoking?” I said. She said, “Do you want to give up smoking?” I said, “Of course I’d love to give up smoking. I wish I could.” She said, “You’ve tried?” I said, “I’ve tried. But I can’t.” You know, all I’ve managed to do, is stay off for a couple of months at the most, and then start again.

She said, “What have you been doing?” I said, “Patches.” So she says, “I’ll give you some stronger patches.” I said, “No. it just won’t work I want to try something else.” So she gave me some medicine, some tablets. And she gave me, I think it was, a 14 day course I think. Within about the 5th or 6th day I just couldn’t smoke. I just don’t smoke and after a while I feel sick, I feel, you know, I can’t sleep at night. And I told her this problem. And she says, “Just hang on in there. Just hang on.” She, she supported me a lot. She, she, yes, she gave me a lot of the support.

And what were the tablets that you took?

I can’t even know what the name of the tablets.

Exactly. Exactly. Champix. Every time you smoke they make you feel awful. You know, they tasted so bad as well. Yes. So I’m glad she, she prescribed me the Champix and they did well for me.

And you were talking about using the patches before. Were they prescribed from your GP or…?

No. I brought them from the chemist. But, this year. But they were helpful. You know, they did help me. The patches did help me, but the thing, I expected was after three or four weeks I’d stop using them. You don’t go to buy them again and then you know, you get another cigarette offer and then you smoke it again, and it starts all over again. But my, I think the reason for my giving up cigarettes was one of them Champix made me feel so bad that they made me hate the smell of cigarettes and cigarettes themselves and also my missus and son, you know, they were a big contribution as well for making me no smoking. They’re sweet.

Munir said that you need to have a clear mind and willpower to give up. He thought that there are nothing but benefits when you quit smoking.

Munir said that you need to have a clear mind and willpower to give up. He thought that there are nothing but benefits when you quit smoking.

View topic summary
SHOW TEXT VERSION
PRINT TRANSCRIPT
What might be your message o somebody whose thinking about giving up?

Don’t just think do it, before it’s too late.

And any advice that you can give them?