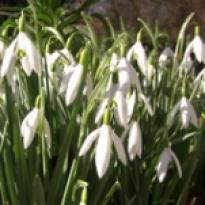 Age at interview: 53
Brief Outline: Bethan, 53, gave up smoking a few weeks ago. Bethan is White Welsh, works in the criminal justice system and lives with her partner. She first started smoking on a regular basis when she started work. At the peak, she smoked 40 a day and tried to quit ‘numerous times’. She was then diagnosed with COPD and has recently quit with the help of nicotine replacement patches and will-power. People are shocked she has stopped and she is proud of herself.

Bethan started smoking at school. She just had the ‘odd one’ as she was afraid she would get caught. It was only when she left school and started work that she started smoking on a regular basis. She smoked until she was pregnant with her first child, and gave up during each pregnancy with all three of her children and then went ‘straight back to it’ afterwards.

Bethan used to work in the police force in Birmingham and remembers smoking in the office and out in the panda cars; she says smoking was the first thing she wanted to do when she saw a distressing sight at work. Bethan was also in an abusive relationship at the time and didn’t like being told by her husband when and where she could smoke. She thinks that this might be the reason why, if someone tells her to do something now, she is ‘quite stubborn’ and ‘won’t do it unless she really wants to do it’. In 1991 she moved from Birmingham to come home to Wales, and had an ‘asthma attack’ (although she thinks it was really a panic attack as she was going through a divorce). She carried on smoking as she says it was the ‘only thing that relaxed her’. Later she was diagnosed with COPD (chronic obstructive pulmonary disease) and the consultant said that, without stopping smoking, she would need oxygen in ten years’ time. Bethan says that she has a tendency to suffer low moods and has also ignored her health as she had to bring up the kids by herself. She tried to give up smoking ‘numerous’ times but she says she ‘wasn’t ready’. She tried limiting where she smoked, but she used to smoke in the car on the way to work, and says that at the ‘first bit of stress’ she’d have a cigarette. Her partner was ‘always going on’ at her to give up. At her peak she would smoke around 40 a day, and just before she gave up she would smoke 20-25 a day. She didn’t like the fact she always smelt of cigarettes but did see smoking as a part of who she was. She found that smoking was a way of meeting people and ‘having a good laugh’. She says that she wouldn’t have ‘anybody tell her what to do’.

Bethan was ‘annoyed’ with herself for a couple of years prior to finally giving up, and used to get up every morning and want to give up. She also used to think that people looked down on her for smoking and sometimes felt she got defensive. Earlier on this year she thought that, as she had ‘four grandchildren’ and wanted to continue walking and cycling in the mountains, she would quit. She says that it was about ‘money as well’, and when it became £6 for a packet she thought, ‘this is ridiculous’. Bethan also has asthma. She went to the pharmacist to try and get some help, and went to the doctor to get a prescription for nicotine replacement patches that she says were ‘very helpful’. She is more stressed now that she has given up, but thinks that work is more stressful in any case. She has put some weight on, but thinks this is partly due to a wet summer limiting her exercise opportunities. After stopping smoking she has started suffering from hayfever and has also been diagnosed with IBS (irritable bowel syndrome), so hasn’t been able to feel the benefits of stopping smoking as much as she might like. She says that everyone is surprised that she isn’t smoking now and that her skin looks lots better.

Bethan says she is alright when she is ‘occupied’ and the cravings for cigarettes have lessened. She found that by busying herself, having a little cry, or even singing away in the car she helped ease the tension of not smoking. She now finds that she isn’t out of breath, and can hold a note longer when singing, but also finds that she doesn’t sleep very well. She thinks that she has got ‘more snappy’ and her daughters have noticed this.

Since giving up smoking she says she is more health-conscious. Now she would like to have the opportunity to enjoy her retirement and wants to have more of it. Bethan says that she wants to be around for her children for longer. People are ‘shocked’ that she has given up as she used to smoke so much, but she is proud of herself for doing what she thought was impossible.

Bethan had a suspected asthma attack and was later diagnosed with COPD. She gave up smoking a few years after her diagnosis when she started to get out of breath.

Show in context
SHOW TEXT VERSION
PRINT TRANSCRIPT
When I was 36 years of age, I had this terrible, well, they say it was an asthma attack, and I put it down to everything that I’d gone through in my little life. And you know, moving with the children, and going through a divorce and everything. And I think it was nerves more than anything.

But I carried on smoking. Because I think that smoking was the only thing that actually relaxed me. And then, I made a couple of attempts, well more than a couple of attempts between the ages of 36 and now, you know, all full of good intentions. I thought yes, I’ve got to give up, you know, think of my health. And oh yes, after that I was diagnosed with COPD, which is chronic obstructive pulmonary disease. And I thought, oh better try again [laughs]. And I went to the, to the hospital and saw the specialist. Had all the tests taken and you know, he told me then, in ten years time you’ll be coming back to us for oxygen [inhales]. So again I tried to give up, I’ve given up numerous occasions but it wasn’t, I wasn’t ready. And then what I did was stop smoking in the house. I never smoked upstairs anyway. I did smoke in, in the living room, and so for about two or three years I stopped smoking in the house and only smoked in the garden. But I, I smoked all the way through work, because works 22 miles away and so I’d smoke two or three in the car. Habit. Get to work. Any bits of stress, I’d be out having a cigarette [laughs]. You know, so and then my partner [name of partner], he’s always, always, always going on at me to give up smoking and because I’m, I suppose, whether it’s my background or whether it’s my work, I wouldn’t let anybody control me [laughs]. So, no ,no. But anyway. I don’t know why, why I did it this year. It was April this year, and I thought, that’s it. Because I was getting short of breath and because I enjoy walking in the mountains and cycling and activities, I’ve, I’ve suddenly thought. I thought, I won’t be able to do this. I mean I’ve got four grandchildren now, and you know, I would like to spend a bit of time with them. And I thought, well this is my time really to feel better, because I was, I was starting to, you know, I wouldn’t give in. I’d still carry on doing my exercise, but it was just harder. And even just walking from here to the shop. I was out of breath. I thought this is ridiculous. Sort yourself out girl [laughs].

Bethan gave up with the help of NRT patches, an inhaler on prescription, and ordinary chewing gum.

Show in context
SHOW TEXT VERSION
PRINT TRANSCRIPT
So I went to the chemist and saw the man and said, “I want to give up smoking.” And anyway they gave me, the patches. Which were the higher dosage, because I did smoke… Well there was a time when I’d smoke about 40 a day and then I went down to 30. And I think before I gave up I was down to about 20, 20 – 25 I’d say.

Anyway, so yes. So I had the patches and they gave me the inhalator as well, because I thought oh God, I can’t do without, you know. But surprisingly enough after a couple of weeks…. I mean I went back because I was going every week for the first I can’t remember now. Well I tried to go every week, but because I find it very difficult to get to this chemist when I’m working, so I’d try and do it in between appointments, you know, and if the pharmacist was there, and if the pharmacist wasn’t there there’d be a problem.

But I have to admit I have done it with the patches. I didn’t need the inhalator, but I found that I was chewing a lot, chewing, chewing gum. Not, not smoking, you know, it’s just ordinary chewing gum. And basically I just popped into the pharmacist when I could to get some more patches. There was a couple of occasions when I couldn’t get any patches. So because the pharmacist wasn’t there, which was a bit annoying, because then I know they like to make appointments as well, but because of my work, I couldn’t actually make an appointment. But then I should put myself first and you know.

So anyway, so when the pharmacist wasn’t there, I couldn’t get any patches, I’d have to go to the doctors then to you know, to get a prescription. And they were very helpful. Very, you know, they would get me a prescription straight away.

Bethan has given up twice and both times she gained weight. She wonders whether her hay fever and Irritable bowel syndrome (IBS) are also affected by smoking.

Show in context
SHOW TEXT VERSION
PRINT TRANSCRIPT
Everybody else is just absolutely amazed that I’ve given up. Which I suppose in another way thinks oh great I’ve shown them that I’ll give up. You know, because people have said, “You’ll never give up Bethan, you’ll never give up.” But I only gave up previously. That was in 2000. And I gave up for twelve months and I was like the side of a bus. I’m not small anyway, but I tripled in size.

But that doesn’t bother me the weight. I mean yes, it does. But you know, because I think oh gosh I’ve put all this weight on. But I haven’t actually, my clothes still fit me, I think it’s just me thinking that I’m putting all this weight on. And of course, because of the summer and the weather, I haven’t done much exercise [laughs] so that hasn’t helped.

And I it’s funny, because after giving up smoking I found that I suffered with hay fever, which I’ve never suffer with hay fever in my life before, and then I’ve been diagnosed with IBS and I’m thinking, oh good God, since I’ve given up smoking I’m getting all these sort of, you know, illnesses. And I’m thinking, I did have a little think, is it worth it. Should I go back smoking? I thought no don’t be silly.
Previous Page
Next Page