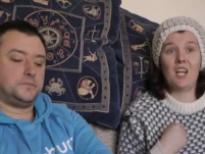 Brief Outline: Liam was diagnosed with Acute Lymphoblastic Leukemia at 4. He has 18 months of maintenance treatment left. He has suffered from many flu episodes during his illness and because he is immune-compromised these are mainly managed in the hospital.
Background: Janet, 31, is a finance officer and Phil, 33 looks after their children Liam 5 and Jack 3. Ethnic background: White British.

Janet’s and Phil’s son Liam was diagnosed with Acute Lymphoblastic Leukemia (ALL) when he was 4. He first started limping and later developed other symptoms such as rash and bruising. Janet and Phil took Liam to the GP several times but the symptoms were brushed off. A month after the onset of symptoms Liam was diagnosed with ALL. Janet describes how their “whole world changed” from that moment on.

Liam was enrolled to a medical trial for his treatment and has responded well to this. He has 18 months of treatment left and is back to school. Janet and Phil have had very little outside help and have managed Liam and his younger brother Jack mostly on their own.

Liam has had several flu episodes during his illness. His parents have been told to monitor him for high temperature and to contact the hospital immediately if he develops symptoms. Liam is not allowed to be given fever-reducing medicine at home in case his blood count is poor and is each time reviewed on the hospital ward with flu symptoms. He is either given a course of strong antibiotics or allowed home with Paracetamol.

Managing cancer, especially at times of acute illness with young children can be exhausting and mentally and physically tiring. Janet does a lot of research into leukemia online and has widely established peer networks on Facebook and Twitter. She’s been able to find out information about unusual symptoms and keep up to date with all the latest treatment options for her son. She strongly feels that parents are not listened to or taken enough into consideration by doctors. She has a great relationship with her son’s oncology team but has been very disappointed with the level of care and awareness of childhood cancer among general practice and the local hospital. Janet describes parents always needing to be “one step ahead”. She encourages more parents to speak up, listen to their gut instinct and push for 2nd opinion when unhappy. Janet and Phil have had to learn the right care pathways and what best suits their son through experience and time.

Liam is having treatment for leukemia. If he has a high temperature, his parents can’t give him paracetamol or ibuprofen at home. They need to take him to hospital first in case his blood count is poor.

Liam is having treatment for leukemia. If he has a high temperature, his parents can’t give him paracetamol or ibuprofen at home. They need to take him to hospital first in case his blood count is poor.

View topic summary
SHOW TEXT VERSION
PRINT TRANSCRIPT
And what would it say about things like getting a cold or a flu or something like that?

Janet: Well, we have to watch out for the temperature first.

Phil: Yeah, if the temperature rises then we know something's wrong.

OK, both paracetamol and Ibuprofen?

Janet: Yeah basically. We have to get him within the hour…well, within the hour to hospital so that they can take bloods, then they’ll give him the Calpol to bring it down.

Oh, so they can give it in hospital monitoring him?

Janet: They can give it in hospital as long as they know what the blood counts are. So, sometimes when he's spiked temperature we've gone in, they’ve done blood counts; he's had good counts so they’ve discharged us, we can give paracetamol for forty eight hours.

Phil and Janet wanted their son Liam, who has leukaemia, to have easier access to the children’s ward. They felt they had to fight all the time to get him seen on the ward rather than having to go to A&E.

Phil and Janet wanted their son Liam, who has leukaemia, to have easier access to the children’s ward. They felt they had to fight all the time to get him seen on the ward rather than having to go to A&E.

View topic summary
SHOW TEXT VERSION
PRINT TRANSCRIPT
Phil: Yeah because I've found that if I ring up the hospital and they…this was before he had like antibiotics in December; they were saying, "No there's nothing wrong with him; he sounds completely fine to me from what you're telling me." And I'd ring back the next day and saying it's not changed and then they're like, "Don’t worry about it, the doctors are aware of it; if there's something wrong then bring him in." I was like, "Well can I bring him in then?" They'd say, "Yeah bring him in on such and such a day," like two days later. So, I did that – the doctor listened to him; he could see he wasn’t right and he could hear in his chest that he wasn’t right, so they sent him for an x-ray. So, that persistence for me worked and he got what I wanted.

So, what are they like then towards you; how did they…do they ask you questions?

Do they respect your views, your…?

Phil: I don’t think they respect our views.

Janet: No, they don’t. It took Macmillan; the last time we had trouble we had to ring the Macmillan nurse who had to ring the hospital to have a meeting with them to explain that when he's poorly he does not go to A&E.

Janet: You know, and when he's poorly he needs to be seen regardless of whether there's a bed or not, and it's just constant fighting.

Phil gave up work to care for Liam when he was diagnosed with leukaemia which reduced their monthly household income substantially. Liam has Disabled Living Allowance and they used the internet to find charities and organisations that would give them some

Phil gave up work to care for Liam when he was diagnosed with leukaemia which reduced their monthly household income substantially. Liam has Disabled Living Allowance and they used the internet to find charities and organisations that would give them some

View topic summary
SHOW TEXT VERSION
PRINT TRANSCRIPT
Janet: The forms. I actually find that I'd filled my own forms in because I've worked…because I'm a worker, we didn’t qualify for anything other than obviously his DLA (Disabled Living Allowance), so we were penalised for a lot of stuff cos we chose to work. They didn’t take into account that he had a lost a grand a month's income. So, I had to literally research… I spent hours on the internet filling out forms. Oh well we might qualify for this to get us through to buy, you know the rent and… while we're waiting for the DLA and that to come, cos we didn’t… it takes about four or five months for that to come and that off-sets the tax credits.

Phil: So that five month period, how we managed I just… I used to go in with my forms and say, "Well this is what I've found; I've found a Trust in [city] who helped [city] families."

Janet: These are what's going to get us through the next month or two just in petrol costs alone. Cos he reacted to one of the chemo drugs so for every needle he had to have six separate ones; so that was six separate trips at like twenty quid a trip.

A hundred and forty quid a week so, you know cross that over, what four or five weeks, it's phenomenal.

Janet: I had to cover…I had to make sure we had enough money to live off and cover all of that.

Phil: Yeah, you're the one that…

Janet: I worked all the finances out…

Phil: …researched all that weren't you?

Janet: …and stuff, I do all the research and stressing.
Previous Page
Next Page