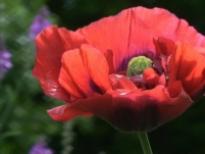 Lee and her mother were completely unprepared for what the craniectomy meant. She is grateful to the surgeon for saving her brother’s life, but wishes they had been given more information.

Lee and her mother were completely unprepared for what the craniectomy meant. She is grateful to the surgeon for saving her brother’s life, but wishes they had been given more information.

View topic summary
HIDE TEXT
PRINT TRANSCRIPT
His face was really puffed up because when they do the skull flap – it's really horrible – they pull all the skin forward, essentially. So then they take the skull flap out and literally they pull it. So his whole face was swollen. He looked grotesque. And they'd said they'd removed a little bit of skull. The consultant said, "A little bit of skull". And like, me and Mum are sat there like, "I wonder which bit they've taken," kind of looking at this weird, puffy, egghead thing, going like, "I don't know." …And we were kind of like assessing his head, looking, and going, "I wonder where it is." We imagined a postage stamp, like a borehole, you know, from caveman times. No one – no one warned us of this. As the swelling went down, every day we were a bit more like, "I think it's bigger than we thought." It was the whole fucking thing, from there to there, like something out of a Hannibal Lector film. It was awful. And that realisation, I remember he coughed and you could see his brain. And like, I thought I was going to be sick, and my Mum burst into tears. And we were just like, "It's his whole fucking head. His whole head has been removed." And all this time we've been stroking his hair and picking out scabs and things. Jesus Christ….Oh God, it was awful. It was the most horrific thing I think I've ever seen because it was just so wrong… That was nightmarish. I get nightmares about that bit.

It's just so wrong in what way?

It's a nightmare to see someone you love with a whole part of their anatomy missing and to suddenly realise, like in that surgery that it wasn't just a little removed - they've opened up his head and taken a part of him out. There is a part of him gone. So all this brain damage, well of course he's bloody brain damaged; they removed half his head (laughs) and you can see his brain moving and you just see how, like, small and vulnerable he is. And all these things that we've just taken for granted, that my little brother will do anything and he bounces back, he's indestructible, he's this amazing little thing, and his skull is missing.

And I think it's almost like – a lot of the time, like if he was asleep and things, you could almost humour yourself that nothing was going on. You'd have quiet moments and think, well, he's had a bump. But when you can see someone's brain, every part of that image is wrong. You can't pretend for any instant that this isn't going on. There's no part of that you feel you can just step away from.

And every time he sneezed and things, it would move. And you'd be sat there, kind of morbid fascination, like this is just wrong. And it was disgust. You don't want to – well, suddenly we couldn't touch him because he was so fragile. His brain had nothing but a layer of skin over. What makes him him is a finger prod away. We could barely touch him. And we'd been rolling him around. We'd been changing him. And just all of a sudden everything changed because ... you know. And he's got staples in his head as well. He had staples. You're like, what happens if it splits? And like really stupid things cross your mind …like if I pick him up too fast – because he used to slide down the bed – if I pick him up too fast, am I going to catch it on something and is it going to bust open like a zit?

Did they discuss doing the craniotomy with you beforehand and say—?

No, they did an emergency one before my Mum got there. You know, they had to save him. That's fine. I can't fault the neurosurgeon because he did save my brother's life. But any question we asked was fobbed off with a kind of, you know, ‘how-long-is-a-piece-of-string’ kind of answers. And I know that no one's got answers, but you at least need like a spectrum of where things could fall. It shouldn't just be, well, you know, ‘no one knows’. But you could say, well, some people will rehabilitate and go back to work and others will stay at this state... But just a, "Oh, nobody knows".
Previous Page
Next Page