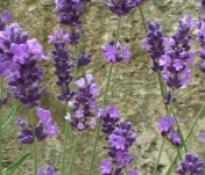 Age at interview: 45
Brief Outline: Roisin had experienced depression since she was very young but it wasn’t until some months after she gave birth to her daughter that she went to the GP for help. At the time she felt she wasn’t taken seriously enough and the various antidepressants she was prescribed didn’t work for her. Eventually she referred herself to a psychiatric hospital and finally found an antidepressant that suited her and helped her recover.
Background: Roisin is divorced and lives with her teenage daughter. She works as an office manager in a health setting. Ethnic background: White British

Roisin feels that she has had depressive episodes for most of her life although it wasn’t until she was an adult that she began to recognise it as depression. After she had her daughter when she was in her 20’s life began to feel very difficult and she felt suicidal at times.

‘I wasn’t bursting into tears all over the place, or feeling sad….. I was just effectively feeling nothing… I completely lost interest in everything, just overwhelming feelings of ‘I don’t want to be here, I don’t want to be married, I’m not entirely sure I want to be a mother… just sort of nothingness…’

A visit to the GP prompted a prescription for tranylcypromine – a tricyclic antidepressant which didn’t seem to have an effect, and over the next few years she tried a number of SSRI’s including fluoxetine, citalopram, and sertraline but none seemed to work. At the same time she was misusing over the counter medicines and alcohol in an attempt to blot out the pain she was feeling. She tried to access mental health services several times, turning up at A&E or the local mental health service pleading for help but she felt that nobody was interested or took her seriously.

After five years it felt that her life was spiraling out of control and she referred herself to a private psychiatric hospital through her occupational medical insurance, and was finally able to access the specialist services she needed. Here she was immediately put on venlafaxine, which she has been taking ever since. Since that time the dose she takes has been reduced, but she now realises that the severity of her condition at the time would only respond to a very high dose of the drug, and she feels that the dose of antidepressants that GP’s had prescribed in the past had been too low for her needs.

‘Over a period of about four years that I took a few different ones so, you know, I would, we would give them a real proper go but also as well I think one of the issues was I, I know that I was only taking sort of, you know, ordinary doses, I was only getting like you know the standard, the bog standard dose when clearly I needed something much, much heftier than that but only a consultant will prescribe to that level….’

Roisin feels angry that it took so long to access the specialist help she needed and that she has to admit herself to a private hospital.

‘It’s very difficult to get yourself taken seriously with the mental health services and I just think that… my experience as an NHS user was appalling’.

Over time Roisin has been able to re-build her life. She continues to take venlaflaxine at a maintenance dose.

Roisin believes ‘there are a group of people and I think I’m one...

Roisin believes ‘there are a group of people and I think I’m one...

View topic summary
SHOW TEXT VERSION
EMBED CODE
PRINT TRANSCRIPT
There was no point in me having any counselling because there was nothing wrong with my life... what was wrong was the chemicals in my brain that’s what was wrong.

So you subscribe to that theory about the cause of depression, do you think it’s a, sometimes a combination?

Sometimes I think it’s, everybody’s different some people it will be, you know their circumstances, you know it will be a reaction to something in their circumstances but other people... I think there are a group of people and I think I’m one of them who just have effectively... a chemical imbalance and because I’ve had this my whole life.

Roisin said that venlafaxine ‘saved my life’ but it had taken several...

Roisin said that venlafaxine ‘saved my life’ but it had taken several...

View topic summary
SHOW TEXT VERSION
EMBED CODE
PRINT TRANSCRIPT
So I got in a cab to this really well known hospital, and stayed there for ten weeks and it was then that I was given the antidepressant that I’m on now still and this was 1999 venlafaxine and I was started on 300 milligrams yes.

Yes, I was very unwell.

300 milligrams a day yes now I just take 75. It wasn’t an overnight thing; you know that it changed because even though venlafaxine helped with the depression and I found myself feeling better in terms of that, I still had a serious alcohol dependency that I’d developed...

You kind of gradually realising that each day it’s like feeling a little bit more...

Yes, yes and at the time I didn’t know whether that was because I was in hospital and, you know, it was probably a combination of things, it was probably the fact that I wasn’t drinking and I felt very safe in there.

Roisin felt ‘an overwhelming sense of relief’ when she admitted...

Roisin felt ‘an overwhelming sense of relief’ when she admitted...

View topic summary
SHOW TEXT VERSION
EMBED CODE
PRINT TRANSCRIPT
An overwhelming feeling of relief more than anything else, I actually felt safe for the first time in years when I got there, I just thought oh God like, you know I’m actually safe here now and you know it was like I felt like nothing bad could happen to me anymore, more that I was safe from myself if anything else, you know, I was hoping finally something was going to be done about this, something finally, I don’t know what I wanted them to do but it was just thankfully, you know, somebody’s taking me seriously, you know? They weren’t really it’s just because they were getting money from the insurance company but whatever... that doesn’t really matter, I don’t really care about the motivation.

Yes so it was like, you know obviously just sort of starting off on what’s brought you here and the whole history of it and everything and what you’re doing, what you’re taking, you know yes it was just that whole thing. And the first couple of days, you know it was just sort of, I was just sort of spent trying to catch up with sleep and, you know matching me up with the psychotherapist and thinking about what groups I might want to be in and stuff and just and trying to get a medication that worked for me and of course like keeping me away from the booze.

So you were de-toxing at the same time?

Did they help you with that?

What were you drinking and how much?

Mainly vodka, wine you know anything I could get my hands on basically, out of the bottle as well, it weren’t social drinking.

Did you drink on your own?

So then they put you on the antidepressants?

And how long did it take for it to start to work?

I was already on something I can’t remember what it was when the psychiatrist I saw said no don’t take that anymore take this and that was the venlafaxine.

Roisin feels that ignorance and stigma about mental health...

Roisin feels that ignorance and stigma about mental health...

View topic summary
SHOW TEXT VERSION
EMBED CODE
PRINT TRANSCRIPT
I think the way that people with mental health problems are portrayed in the media is appalling you know it’s just something, people you know, people don’t say to people this is one of their favourite things is if it was say they suffered from depression or something like that they all, you know it’s a ‘Why don’t you just sort of think really positively?’ and you feel like going ‘Okay well if somebody had a broken leg would you say to them why don’t you try really, really hard to make your leg mend (laughs) and then you’ll be okay?’ and that’s clearly nonsense but they expect people with mental health problems and things like depression, if they try really, really hard to feel better and they will.... it’s just ridiculous.

When you hear people say really stupid things about them, you know like you can get addicted to them and you rely on them and I say well you clearly have no understanding what addiction or reliance is and the reason, you know explain to them how they work and they’re like ‘oh I didn’t realise’... you know yes it’s not like taking like, you know taking an E, it’s not like taking like diazepam or temazapam, they work in a totally different way and they don’t space you out, they don’t make you falsely happy, it’s not how they work.
Previous Page
Next Page