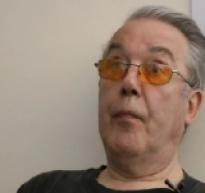 Age at interview: 73
Brief Outline: Albert has been living with depression for many years. He has had 22 courses of ECT, receiving his first course in 1960. However, Albert believes that ECT was the wrong type of treatment for him and thinks it has caused his memory problems.
Background: Albert is retired and describes his ethnic background as Scottish.

Albert has been living with depression for a number of years. He believes it was caused by problems he was having at work. In 1960, Albert was admitted to a psychiatric hospital and received his first course of ECT. He went on to have a further 21 courses of treatment, but doesn’t feel it has helped his depression.

During his first admission, Albert said that he and his dad had no choice but to sign the consent form. They were both afraid that if they didn’t Albert would be sectioned and become a “permanent inmate”. Albert doesn’t remember being fully informed about ECT or the effects that it may have. Nobody explained to Albert what his diagnosis was and they used language and terms he found difficult to understand. He now believes that some of the difficulties he experienced later on in his life could have been avoided if he had received adequate information about his condition.

Albert feels that ECT wasn’t the right form of treatment for him. He believes that mental illness should be treated by psychologists using talking therapies because ECT and medication mask the real problems. Albert believes that his psychiatrists completely misread his situation. He said his symptoms were his way of ‘trying to find a way out’ of the situation he was in. Albert has lived with memory loss for many years. He thought this was caused by his mental illness, however, having met others who have undergone ECT, he now realises that it could have been caused by his treatment.

Albert later went on to do yoga and experienced enlightenment (understanding the nature of ‘being’ and living in the present moment). He believes this ‘woke him up’ and helped improve his depression. He explains that ‘it was as if I had woken up to the fact that I was only a tiny grain of sand on a rock hurtling through space’. By becoming one with nature Albert believes he learned more about himself and was later able to stop taking medication.

Using his own experiences, Albert became an advisor to help others because he said ‘it is important that people do not feel alone’. He believes that people who share similar experiences should be encouraged to meet because ‘it makes you wiser’ and sharing these experiences can ‘help educate professionals’.

Albert wasn’t told he was schizophrenic and only found out when he was asked to sign a paper and saw the diagnosis there.

Albert wasn’t told he was schizophrenic and only found out when he was asked to sign a paper and saw the diagnosis there.

View topic summary
SHOW TEXT VERSION
EMBED CODE
PRINT TRANSCRIPT
They never even told me when I was a patient, what was wrong. They never told me I had bipolar, or schizophrenia, or when like. I went down to the Rehabilitation Centre in [Place], in 1962, [and] there was this form they gave me and ha, well [it] says, [they] threw this sheet of paper and said “you’d better sign that”. So I saw this bit on the piece of paper and it said ‘catatonic schizophrenic’. I said “what’s that”? They said “that’s you!” So, I looked it up in the dictionary, when I got home, and it said ‘ever increasing deep depressions’. So, I don’t know where they got that one from. But then again, their perceptions and mine.
Previous Page
Next Page