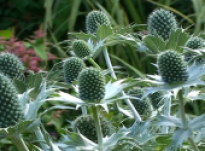 Age at interview: 36
Age at diagnosis: 30
Brief Outline: Michelle experienced post-partum haemorrhages after delivering both her children. She planned a home birth for both children, but was taken into hospital to manage the bleeding in both cases.
Background: Michelle is a NCT teacher. She is married and has two children. White British.

Michelle is a NCT teacher and is now training to be a midwife. She had a very good pregnancy with her first child, and was very keen to have a home birth. She had an appointment with the consultant but mostly midwife-led care through the pregnancy. She went into labour at home but when the contractions stopped she was transferred to hospital. She was put on a syntocinon drip to start the contractions and her daughter was delivered healthy. However, after the birth she started to haemorrhage and lost 2000ml of blood. The midwives were able to stop the bleeding relatively quickly with massage and drugs, but she was left feeling very weak. Her husband was left standing holding their baby watching his wife bleed profusely, believing he was watching her dying in front of him.
Michelle was offered a debrief at the hospital but the consultant’s off-hand attitude meant that what could have been a really helpful appointment was useless. She continued with her NCT training and found writing her own birth story, and researching the various causes for the haemorrhage, a very helpful part of the healing process. She was not keen to have another child, and put herself through the labour again. But finally it was the desire to have a sibling for her daughter that prompted her to get pregnant again. She was keen to have another attempt at a natural home birth and this time got an independent midwife to assist at the birth. She had a meeting with a consultant at the hospital and they were very supportive, putting a plan in place including special medication in the fridge, the hospital midwives on stand-by and an intravenous infusion due to low haemaglobin and serum ferratin levels in the last week of her pregnancy, should she haemorrhage again.
Michelle had a great birth at home, supported by the midwife, but shortly after her son was born, started to bleed again and had to be transferred to hospital. This time she lost just a litre of blood, still classed as a major bleed. However, she describes bonding with her son immediately, and feeling much more in control than with her first birth.

Shortly after giving birth to her daughter, Michelle noticed that she was losing a great deal of...

Show in context
SHOW TEXT VERSION
PRINT TRANSCRIPT
I was on the floor, on a bean bag, my daughter came up to me. Just couldn’t believe that I had a daughter. I really wanted a daughter and then I looked down and said, “I’m bleeding a bit much aren’t I?” And the midwife said, “No, no, you’re fine.” And I just looked at her and I said, “No, I’m definitely bleeding too much.” And she said, “Hm. I think you are.” She said, “Oh you mind if I give you that injection?” I said, “No, no, that’s fine.” So she gave me an injection.
And then I think she called another midwife in. I can’t really remember. Events got obviously a bit blurred. I handed [daughter] up to [husband] and I said, “You hold her, I just want to concentrate on this.” So he was, you know, holding her and getting to know her. The placenta came out followed by a load of blood but I just thought, I knew this is wrong.
So she called the other midwife and the midwife came in and they started to palpate my uterus. Which she had to start press down on it, I know now, to stop the bleeding. You kind of put fundal pressure on. And then they said to me, “Look you’re going to have to get up on the bed.” So I said, “Okay.” And I thought I can’t. And I said, “I can’t get on the bed, and they said, “You’re going to have to.” And I said, “I can’t get up.” And they said, “You’re going to have to get up.” So I said, “All right then.”
So they got hold of me, I said, “You’ll have to give me a hand then, because I can’t get up.” So I think the each gave me a hand and as I stood up, I just remember fainting. Just crashing back down and then the next thing I remember is, the emergency buzzer going off and tons of people were then in the room. I came round to get… and it was weird actually. Because, because I was a social worker at the hospital I’d seen one of the doctors on rotation at my hospital. So she walked in and I said, “Oh hi,” [laughs]. Funny the things you remember.
And they just started doing things to do me, they put a drip in my hand, and did whatever they needed to do. I just felt so poorly. And it turned out I’d lost four pints, which they term as a massive haemorrhage its, 2 - 2,000 mls which is very significant. So but they sorted me out and stabilised me and it was fine. As I was on the floor I remember looking up and seeing [husband]. Just, he was just standing there with [daughter], and he’d took his tee-shirt off, he had skin to skin contact and he was just stood here, just looking shocked. Just holding her.
I said to him later, “What was it like for you?” And he just said, “I thought I was watching you die.” And that was just running through my head. Just what am I going to do? I’ve got my daughter, I’ve got my lovely daughter. And my wife’s dying in front of me. What am I going to do?
Anyway when I came round I was just saying to him, “I’m fine. I’m fine. It’s fine.” But he didn’t believe me.
So they got me on the bed and sorted me out and put the drip up, they put fluids up and everything else and I was sorted, but at that time, I had what was it, I’d had a long time in labour. I’d been in labour hours and you know, I’d been up, I’d not slept that well, this was getting on to. She was born about 6 o’clock in the evening and by the time they’d sorted me out and gave her back to me it was 11 o’clock.
My Mum and Dad knew that something
Previous Page
Next Page