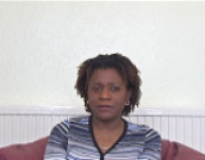 She was never told she'd had cancer and only found out accidentally.

Show in context
SHOW TEXT VERSION
PRINT TRANSCRIPT
Because I had a keloid scar and he referredme to do some radiotherapy to minimise the scar.And he gave me a referral letter and I looked, I opened the letter and I looked, and I saw the referral mentioning carcinoma, and I said "Carcinoma," I said "Isn't carcinoma cancer?" because they hadn't told me it was, he hadn't told me it was cancer.

So I went back to my mum and I said "Mum this is carcinoma," and I said "but he didn't tell me it was cancer."So I went back to him and I confronted him with it and by that time I'd figured he was a lovely GP, I'm sure he was very proficient, very well respected but he obviously was at the end of his career.

And I questioned him about it and his, his response was "Well I didn't want to worry you," which I just found just (laughs) I just found that unbelievable.

And so what I did, I went back to the army GP and I said "I need to see another doctor," and so he referred me to another gastroenterologist and he took a look at the notes and he said that he didn't think that there was a radical, that the section was radical enough and that he would recommend that I go back in and have a further section done.

She explains how her change of attitude after having cancer brought about big changes in her life.

Show in context
SHOW TEXT VERSION
PRINT TRANSCRIPT
It's funny but I think, I think that happening to me wasn't so much of a bad thing when, you know, in retrospect, because it really did change me, it not just changed physically how, you know, what I eat and whatever and physically how I feel but it also changed my outlook.

And I think one of the, even one of the, speaking about family life, how that changed my family life is that I, my outlook on life changed and I just, little things just didn't have, I didn't, I just, life just had a whole new meaning and I just felt that I'd gotten a second lease on life and that it didn't, it didn't matter what the challenges were.

I just felt that I could overcome them and that, you know, little squabbles, or little things that used to bother me just didn't bother me any more.

And I think because I had, because I was a lot more positive about life and living and just not letting quarrels and arguments or just differences or road blocks deter me, because for me it was like, you know, you just push them aside and move on because it's like how can you take life for granted?

And I think that sort of philosophical shift it, we really, really had a different view on how we were going to manage difficulties because nothing, nothing seemed insurmountable to me after that.

And things that happened, I mean, I could forgive and forget but you know it was different, it changed my outlook.

She explains the need for patients to take an active role in meeting their own health information...

Show in context
SHOW TEXT VERSION
PRINT TRANSCRIPT
Well, I think the most important thing is just to take a very aggressive approach.

I think doctors generally, but for the most part, a lot of that just really don't have that sort of facilitating manner about them. You have to ensure that your doctor talks to you and if he isn't just voluntarily giving information you need to find out, you need to ask, you need to access the resources.

Your main objective is to get as much information as possible whether or not he is the kind of doctor who is receptive and has a good bedside manner.

And I think, I think one of the things that you have to do is sort of depersonalise it. If the doctor doesn't have that sort of natural ability to communicate and to share information, you know, just depersonalise it.

You need to get that information so it has nothing to do with how nice he is and whether or not he's going to be aloof. You be pro-active and you be very insistent that you get as much information out of him as possible.

And I think, too, to some degree if it's not happening I think that you need to feel comfortable with your, with your doctor and I think it's certainly within your remit to get another GP, another doctor if you don't feel comfortable.