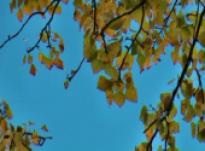 Age at interview: 13
Brief Outline: Buddy says that taking part in the trial was okay and didn't hurt. Because the nurses giving the vaccines came to his home address it didn't take up too much time in travelling or missing school.
Background: Buddy is 13 years of age and took part in the Meningitis C vaccine trial approximately five months ago. He lives with his parents and sibling and attends a local school.

Buddy is aged 13 and lives with his parents and sibling. Buddy’s mother consented for him to take part in the Meningitis C Vaccine Trial approximately five months ago. It involved three visits at their home that involved having injections and blood tests. The first visit was quite long as there was a lot of information gathering and sharing between his mother and the clinical team, and lots of explanation about the trial and what would happen. However, Buddy says “It wasn’t really too bad. Because the nurse came and talked to me about what she was doing and it didn’t hurt.”

However, the following two visits were a bit quicker. Buddy was fine after the vaccinations and says he thinks taking part is good because “Like it would be good to help the future and medical science”.

During the trial, Buddy did have the opportunity to ask questions, however he didn’t as he had no concerns at the time.

The researchers went to Buddys home to take some blood and give his Menigitis C vaccine; it didn...

The researchers went to Buddys home to take some blood and give his Menigitis C vaccine; it didn...

View topic summary
SHOW TEXT VERSION
PRINT TRANSCRIPT
It wasn’t really too bad. Because she came and talked to me about like what she was doing and it didn’t hurt.
Did she have to; did she explain what it was all about?
Yes.
It was just like, was it just one vaccination?
I had one vaccination and they took some blood.
Previous Page
Next Page