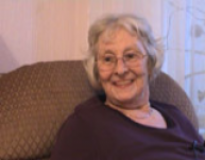 Hoped that tests would reveal something that could be operated on but wasn't surprised that it...

Hoped that tests would reveal something that could be operated on but wasn't surprised that it...

View topic summary
SHOW TEXT VERSION
EMBED CODE
PRINT TRANSCRIPT
Before I had the x-rays, I hoped that there could be some, something which could be done to relieve whatever was the problem. That showed that my spine was a mess, but it didn't show it in the same detail obviously as the MRI scan. I don't really think that I expected much to be able to be done because what can you do for a spine? Not a lot.

You know, if it's a hip or a knee okay, go through a nasty operation, but there is an expected recovery. Having a spinal problem there's less hope really of relief and less hope of a recovery. You just have to hope for relief rather than cure. I think one of the things that it made me do was realise that they're not going to cure me, it's not going to get better, it could get worse, so I've got to prepare for that.

She had to build up the dose of the opioid Oxycontin (oxycodone) gradually to minimise the side effects.

She had to build up the dose of the opioid Oxycontin (oxycodone) gradually to minimise the side effects.

View topic summary
SHOW TEXT VERSION
EMBED CODE
PRINT TRANSCRIPT
Well it was, yes, it was suggested, by the Pain Management Centre, that I go onto the Oxycontin but my GP was to prescribe it. It was a fortnight before my GP got the letter and it was suggested that I was prescribed 5mg twice a day. I went to the chemist with my prescription and she said that they only did 10mg tablets and, because they were, they weren't scored and they were coated, enteric-coated, they couldn't be cut in half, so into 5mg, so that meant another few days delay whilst I spoke to my GP to agree that I took 10mg, because there weren't any 5mg tablets.

So I started off on 10mg. I can't remember how long I took 10mg for, but it didn't do any more than my daily aspirin as far as pain relief was concerned. And that was increased in, I think it was June, to 20mg twice a day. Initially the pain relief was marginally better, but it certainly knocked me out, I was really quite, half asleep most of the time, except during the night.

But it was useless really, the pain relief was virtually nil, after the first few weeks it was virtually nil. But it took till the beginning of November, which is what, five months after I'd been on 20mg twice a day, and it took till the beginning of November for it to be increased to 30mg twice a day. On the whole I have had quite a lot of pain relief from that increased dose, but today's not one of those days. Today is a painful day.

But I'm also very, very sleepy, except during the night. So, I don't know whether this is a repetition of the, of how I was when I went onto the 20mg, we'll just have to see.

Was at first unhappy about taking opioids in case she needed them for increased pain or terminal...

Was at first unhappy about taking opioids in case she needed them for increased pain or terminal...

View topic summary
SHOW TEXT VERSION
EMBED CODE
PRINT TRANSCRIPT
When it was first suggested to me that I took opioids, I was not happy because one thinks of a) of addiction and b) of something much worse coming up later on. If you're going to get something that really is painful, like terminal cancer, when you're going to need all the pain relief that you can get, then is it wise to become dependent to some extent on strong pain relief now? What would there be left if it became essential, you know, for pain relief in a real terminal illness?

My GP talked to me and said 'If you need pain relief, you need pain relief and have the one that's going to work for you and if it came to needing pain relief for something like terminal cancer, then it would not be denied'. They would still find some way of making sure that you had adequate pain relief then. So, I sort of did an about turn I suppose from no I don't want it, to yes I'll give it a try.

So I'm trying it, an increased dose. I'm still not too sure whether it's enough. Today it certainly isn't enough to take the pain away, yesterday it was, see what tomorrow brings.

Feels that people from her generation are over tolerant and need to learn to ask for help.

Feels that people from her generation are over tolerant and need to learn to ask for help.

View topic summary
SHOW TEXT VERSION
EMBED CODE
PRINT TRANSCRIPT
You say that you're tolerant.  Do you think that's affected the way you've perhaps not asked for help when you've needed it?

I don't know what it is, it's... we never do the right thing do we? We either demand too much, or we do not demand enough, criticised if we ask for too much and we perhaps suffer if we don't ask loudly enough. Because we can't expect other people to stand up for, and shout on our behalf, so we've got to shout for ourselves. But our generation are not used to doing that.  We weren't brought up to be vocal. We weren't brought up to be, to complain. We were brought up to think you were lucky to have what you've got, make the best of it. And I think most of us do.

What advice would you have to maybe another older person who is suffering from pain?