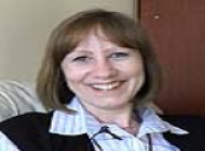 Age at interview: 43
Brief Outline: Cathy had an abnormal smear test result in 2007 and she was asked to return for a repeat smear six months later which was normal.
Background: Cathy is an Administrator, married with 2 children, aged 16 and 14. Ethnic background/nationality' White British.

Cathy had always attended for cervical screening and has had normal results until 2007 when she had an abnormal test result. She was shocked and a little concerned when she received her result but she was reassured by the Department of Health information that came with the letter which explained that an abnormal result usually means that small changes had been found and in many cases these changes return to normal by themselves. Talking to her sister also reassured her.
When she returned for her repeat smear 6 months later, her result was normal. Her next smear is due in 12 months time. Where she lives, women are asked to ring the general practice to get their results. She like that she can get her results quite quickly without needing to wait for a letter.
Cathy prefers to have her screening done by a nurse and she doesn’t find it painful. She feels it is important to go for cervical screening to make sure she is healthy and if any changes are found they are caught early and can be treated. She advises others who have an abnormal test result to try not to worry and to discuss their concerns with other people.

Cathy prefers having screening with a nurse because she explains what she is doing and makes her...

Cathy prefers having screening with a nurse because she explains what she is doing and makes her...

View topic summary
SHOW TEXT VERSION
EMBED CODE
PRINT TRANSCRIPT
Personally I think it’s easier to have a smear done with a nurse rather than one of the doctors. We do have female doctors, but it’s not very easy to get appointments with them. I feel more comfortable with a nurse. And they always tell you what they’re going to do and explain. But once you’ve had one you know what to expect anyway. So they do try and set you at your ease. And as I said before we’ve talked about all sorts of thing while she’s taking the test just to kind of keep it relaxed.

Its important to go for cervical screening so that if any changes are found, they can be caught...

Its important to go for cervical screening so that if any changes are found, they can be caught...

View topic summary
SHOW TEXT VERSION
EMBED CODE
PRINT TRANSCRIPT
Why do you go for screening?
Because I’m hoping that if they do find something wrong, it’s better to be caught earlier than, sooner rather than later. And the sooner you find out something’s wrong, the sooner you can have some treatment to hopefully eradicate it. That’s why.
So that embarrassment or that awkwardness, that doesn’t put you off?
No, it doesn’t. I think in my experience it’s not painful, I’m not particularly embarrassed, and it’s just one of those things that you want to get it done to make sure everything is all right. It’s not something you can see that might be wrong from the outside. So you do need to have it done, yes.

Cathy was reassured by the information she received with her abnormal test result letter. 6...

Cathy was reassured by the information she received with her abnormal test result letter. 6...

View topic summary
SHOW TEXT VERSION
EMBED CODE
PRINT TRANSCRIPT
I received a letter advising me that I needed to make an appointment. So I did right away, yes, yes.
And what did the letter say?
It said that I had had an abnormal smear and that they would like me to make an appointment to have a second one, which was a bit worrying, because it’s the first time I’ve had an abnormal smear. But the letter was quite informative and it told me the reasons why. You know, it may not be that there’s something majorly wrong, it could be just they needed to retake it. And it came with a brochure, some other literature as well. So I wasn’t too worried.
So the information that came with it, do you think it was helpful? Did it tell you everything you needed to know?
Yes, yes, it did. I’m sure there were some websites on there as well that they pointed out if you wanted further information. But it was basically the beginning of the letter that said, that kind of put your mind at rest that it’s not necessarily that something’s wrong. But you can’t help thinking the worst. But, yes, it was okay.
And did you talk to anybody else about this?
I did tell my husband, and I did tell my sister as well, because I’d never had one before, so it was quite a surprise. Because obviously at my age I thought maybe I’d have had a few by now. But, no. So, yes, I did discuss it.
Previous Page
Next Page