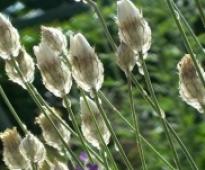 Age at interview: 70
Age at diagnosis: 61
Brief Outline: An ablation restored sinus rhythm but Maggie still experiences arrhythmia and takes propafenone. Despite having had a minor stroke (TIA), she recently stopped taking aspirin after an intestinal bleed. AF has had a psychological impact on her life.
Background: Maggie worked as a hotel manager but now works part-time as a medical receptionist. She is single. Ethnic background/nationality: White British.

In a very busy job in the hotel industry, Maggie initially put her symptoms of tiredness, dizziness and breathlessness down to hard work. At the time AF was ‘a foreign word ‘which meant ‘absolutely nothing’. A few months later, however, she went into AF in the recovery room following an operation for varicose veins. Her surgeon referred her to a cardiologist, promising that he would give her ‘something to make you better’.

With private health insurance Maggie was able to see a cardiologist a few days later and, following tests which confirmed her diagnosis, she was put on flecainide. She reacted badly to the medication, however, coming out it an ‘horrific rash’ and after 3 months of persevering was prescribed propafenone twice a day. Despite cutting the tablet in half she continued to feel nauseous and dizzy in the mornings and was then prescribed sotalol. She describes this as ‘the lesser of the three evils’. Although she felt better physically, the medication failed to settle her AF and her symptoms worsened over 3-4 years.

On the advice of her cardiologist, Maggie underwent an unsuccessful ablation. She found the experience very traumatic and was ‘totally petrified not knowing what was going to happen’. Sick and weak after the operation, she felt she had nobody to turn to as she waited the three months for her follow-up appointment. A second ablation, performed a year later, was more successful. However, although the operation restored sinus rhythm and ‘cured’ her AF ‘about eighty percent’, she was left with an irregular heartbeat or arrhythmia. This has been attributed to a fourth pulmonary vein which cannot be ablated without open heart surgery.

After being taken off medication for a year following her ablation, Maggie was again prescribed propafenone to control her heart rhythm but still has ‘rubbish mornings’ of feeling dizzy and nauseous. Prescribed aspirin as an anticoagulant, Maggie continued to take this medication until a year ago when she suffered an intestinal bleed. Looking back, she is surprised that no one monitored her aspirin despite warnings about its safety. Having experienced a transient ischemic attack (TIA) after her second ablation, Maggie was fearful of having a stroke but trusts her cardiologist’s current opinion that she does not now need to take anticoagulants.

Having always enjoyed good health, Maggie was not prepared for the impact AF has had on her life. She describes the AF journey as a psychological as well as physical one in which ‘you’re riding the storm and keeping your head above water the whole time’. The trauma of two ablations, an ‘inability to cope as I always did in my life’, and being on her own with no one to share the burden, have left Maggie feeling depressed. Several telephone consultations with a clinical psychologist she met at a conference have helped, though Maggie feels that what she really needed was ‘somebody to give you a great big hug and say, “You are all right.”’.

Although Maggie has been with her cardiologist for 10 years, she wishes they had a better rapport. She has lacked confidence to ‘fully speak to him’, and short consultations have left little time for her to ask questions. She has found the support of the AFA (Atrial Fibrillation Association) invaluable: ‘they understand exactly what you were going through’. She is now part of a team who advise newly diagnosed patients, and her story appears on their website  Maggie has also spoken at AFA conferences and represented the patient perspective at parliamentary meetings.

Maggie fears her AF will probably come back. She describes herself as being in ‘limbo’, unsure of what the ‘end product’ is going to be. Without this certainty she feels she cannot move on and make plans for the future.

When she saw her consultant for the first time, Maggie realised that she’d had symptoms of AF for some time, including palpitations when running up and down the stairs at work.

Show in context
SHOW TEXT VERSION
PRINT TRANSCRIPT
He asked me to explain, first of all, how I felt? Had I felt any irregular rhythm? What had I had any symptoms at all? But he also prompted me with all the symptoms rather than my saying to him, “I was very puffed. I was very tired, whatever, at work. Tired at the end of the day.” Because I didn’t know what I was looking for. I went into it completely blind, completely blind and on his prompting of different questions, he I then realised that what he was suggesting or asking me did I have was exactly what I was experiencing. And had been maybe for a good three or four months beforehand. But not really bothered to do anything about it because you you’re busy, work is busy and you, it was summer, it was summer season, hotel industry is busy in the summer so you you’re pushing yourself a lot more than the winter months. Maybe in winter time you would have questioned.

Did you have palpitations?

I did. I did but again, in those days, I didn’t ride lifts very much and I used to run up and down the stairs at work and I’d feel the heart pumping and bumping and if I look back on it now then, yes, I did have palpitations. I would, we had, I had milk delivered and I used to have milk bottles to take out and put in the box. In those times it didn’t come in cartons and the milk bottles would be, you’d carry them and you’d see them pumping on your chest and I never, honestly, thought anything different about them.
Text only

Maggie found it ‘very, very frightening’ being on her own when she experienced a lot of dizziness, minor seizures and a lack of feeling on one side shortly after her second ablation.

Show in context
HIDE TEXT
PRINT TRANSCRIPT
After the second ablation, when I got up from the chair and fell over, I had no feeling on one side, that I then thought I was having a stroke or a transient ischemic. TIA. But again, [sighs] I’m on my own. You’re never, never that close to anyone, you know, that you’re in a household where you can call out to a husband or wife or a partner or a son or a daughter. So most of the things I experienced, I experienced on my own. I didn’t ever think I was ever going to have a stroke at that point, I was very, very scared. I took the phone, I just sat here, the room was going round and round and I thought, “I’ll just put my finger on nine before I would actually pass out completely then I can lift the receiver and do nine nine nine, they find you.” And that’s the worst I’ve been of it all I think. Many times I’ve sat here and just gone very dizzy, but I get better and I sit up again and I’m okay. But that, I think was very, very frightening, particularly I had no feeling on that one side.
Text only

Maggie assumed aspirin was safe until she had a gastrointestinal bleed. She no longer takes any form of blood thinning medication.

Show in context
HIDE TEXT
PRINT TRANSCRIPT
I assumed aspirin to be safe. With warfarin, patients are monitored and there’s a little bit more control and everyone is aware that they’re actually taking warfarin but with aspirin you plod on, and I was on maybe five years, aspirin and last year I had a small gynae op, for which I was taken off my aspirin, I was taken off all medication for the procedure and then told afterwards I could go back on. I went back onto my aspirin on the Friday. By Tuesday of the next week, I’d had an intestinal bleed, which they put down to the aspirin.

My follow-up then was to go back to my cardiologist and review my medications as well. He said, “You seem to have been on the aspirin long enough. Let’s try you without an anticoagulant.”

I just said, “Fine, then you don’t think I need it.” He said, “No, I think it’s long enough now that you don’t need an anticoagulant and we’ll see you next, during next year and we’ll put a tape on and see how you are.”

Maggie felt her cardiologist did not fully explain the procedure before her ablation. She wonders why she did not ask questions.

Show in context
SHOW TEXT VERSION
PRINT TRANSCRIPT
He didn’t explain it. I don’t think it was explained to me fully but from the other point of view, I also found it very, very difficult to speak to the cardiologist and converse with him. My appointments were very much one sided. I would sit and be told by him and I would say, “Yes, that’s fine. You do this, do.” But there were no questions from my side until I came out and then I would think, “Why didn’t I?” “Why didn’t I say this? Ask that.” Whatever and I still knew nothing about it. There were no support agencies that I could find at that stage.

According to Maggie, only a few minutes more in each consultation could relieve the tension patients feel when their concerns are not addressed.

Show in context
SHOW TEXT VERSION
PRINT TRANSCRIPT
For the cardiologists, I would say, give your patient time, give, I know they’re very, very busy and they cannot but there are also other specialists out there who can give that time, which I gave you an example of earlier. They do have that time to give you, even if it’s another little spare five minutes. If you’re a busy specialist and you are used to giving everyone you see only five minutes, it’s very easy to only give five minutes in the middle of that clinic to some person who may need six or seven minutes just to relieve the tension, understand or be able to ask the question to you. But because they’re pushed through so quickly they don’t feel as if they’ve had the time.
Previous Page
Next Page