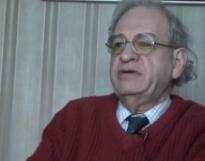 Age at interview: 73
Age at diagnosis: 61
Brief Outline: David has had paroxysmal AF since 1999. He has had electrocardioversion, chemical cardioversion, and two catheter ablations In the past he has taken bisoprolol, clopidogrel, warfarin and rivaroxaban but now takes apixaban, flecainide and amlodipine.
Background: David is a retired technical services manager within the electronics engineering industry. Ethnic background/nationality: White British.

In 1999 while on holiday David felt very ill and experienced a strange sensation as if he was ‘floating off into outer space’. Feeling completely disorientated, he thought he was dying. He was taken to hospital with a heart rate of 270 beats per minute and given heparin and digoxin, and later warfarin. A little later he had a successful electrocardioversion, and was able to stop all medication for four years. However, he then got a virus and had severe chest pains, and was diagnosed with pericarditis (where the sack the heart is in becomes inflamed). This triggered David’s AF again, and he had another successful electrocardioversion. A few years later, David felt unwell once again and his AF had returned. He had a chemical cardioversion.

In 2007 David had a catheter ablation. At the same time the doctors discovered that the hole in the heart diagnosed when he was a baby was no longer evident..  After his first ablation, David had some bleeding into his leg. He was put on beta blockers and flecainide for the AF, but found the beta blocker slowed him down. His GP reduced the beta blocker dose, and his consultant took him off them after four months. At that time David also stopped taking warfarin, was put on clopidogrel long term, and told to slowly come off flecainide. No aspirin was given with the clopidogrel because David suffered bleeding a short time after starting a course of aspirin.

David experienced another AF episode and was given bisoprolol and injected with flecainide. He preferred chemical cardioversion to electrocardioversion as it was less intrusive and traumatic, and he did not feel unwell after. He was also put back on warfarin and had another ablation. Some time later, he came off warfarin and went back on clopidogrel. David also experiences ventricular ectopics (extra heartbeats) and bigeminy (double pulsing of the heart with a space). His blood pressure falls and he loses concentration as a result. He decided against having a third ablation, and to wait and see how he felt. He says that his doctors were surprised at his decision at first, but when they discussed that his quality of life is good, and that he could also carry on taking flecainide, they understood his decision.

After turning 75, David was advised that he needed ‘proper anticoagulation therapy and not just clopidigrel’ and was prescribed rivaroxaban. However, after about six months, he noticed ‘there was bleeding subcutaneously (beneath the skin)’ on either side of his left ankle which in a short time became ‘a really big haematoma’ on his left thigh’. He stopped taking rivaroxaban, and following further investigations with a haematologist, was prescribed apixaban at half dose. He regards this as ‘sensible’ given the need to balance his history of bleeding with his risk of stroke.

Alongside apixaban, David takes 50 mg of flecainide twice a day plus amlodipine for slight hypertension. He has experienced constipation as a result of taking this medication. He sees a cardiac specialist every six months, and believes that teams with specialist knowledge of AF are vital. He can also contact an arrhythmia nurse with any concerns, and has found this to be a great source of support. David is very happy with the treatment he has received.

David reminds everyone that people with AF may look fine from the outside, but what is going on inside ‘really affects your psychology.’ David listens to his body, and asks questions during his appointments. He looks up information on AF online and has joined the Atrial Fibrillation Association (AFA). He found that tiredness can trigger his AF, so he does not drive long distances, which is something he finds tiring. He says that it is important to find strategies to live as normal a life as you can. He has found it very useful to hear the experiences of others with AF, as it made him realise that he is not alone.

David had not heard of AF before he was diagnosed. He says that we see lots of advertisements about smoking and diabetes for example, but not AF. He believes there should be much more promotion and awareness-raising of AFand feels strongly that the wellbeing of patients should be at the centre of all treatment, and that it is very important to have adequate numbers of staff. David thinks that the checking of people’s pulse rate should be part of everyday clinical practice. He says that a little time spent doing that and picking up AF could reduce incidences of stroke considerably. He believes that patients need reassurance and support from medical professionals, friends and family, but also need to remember that there is a ‘route back to normal.’

For David X, episodes of AF are ‘totally consuming’ and disorientating. Fear is a natural reaction.

Show in context
SHOW TEXT VERSION
PRINT TRANSCRIPT
I can only speak about how it affected me. It affects people differently, but as one person put it at a conference, you feel as if you are dying. There is no way you can operate. It is totally consuming, the feeling that you get. Yes, that you’re floating off into some sort of outer space somewhere. And that you just cannot function. You cannot think properly. You cannot think logically. You’re completely disorientated and you have to fight for every sane action. It’s profound.

Oh, yes, it affects everything. Well, it’s obviously the brain reacting to what is going on. One of the things is, what is happening to me and, therefore, the rise of fear, which is a natural reaction to any human being if they’re experiencing something that’s totally alien. And then it’s a question of how do you react to the fear? How do you control the fear? I’m a Christian and, therefore, I prayed about the situation and the fear was taken away, but the effect on what do I do next? How do I make a logical decision? How do I make any decision? And is the decision I make going to be effective? All these things are going around in this swirl of disembodiedness. It’s a horrible experience.

David X explained how some people had not understood how unwell he felt due to his AF.

Show in context
SHOW TEXT VERSION
PRINT TRANSCRIPT
To people looking at you, you look perfectly normal but what’s going on inside you affects your psychology. It affects the way you interact with things and it can be difficult. But, of course, it’s not understood. If you’ve got a broken arm, people can see you’ve got a broken arm, but when you’ve got something that’s happening to your heart, they don’t understand and it can be quite a difficult situation.

David X talked about the side effects of dronedarone.

Show in context
SHOW TEXT VERSION
PRINT TRANSCRIPT
I know that dronedarone, which was a new AF drug, which everybody was raving about, which it was hoped would be a replacement for amiodarone, but which hasn’t lived up to its expectations. There have been some side effects. I know there was one person who died of liver failure. I think it was liver failure. But generally speaking, all of these new drugs have to be assessed over time, where some of these problems are not going to be manifest until you’ve had them in clinical practice for quite some time.

David X explained how adjusting warfarin dosage after blood tests could be confusing.

Show in context
SHOW TEXT VERSION
PRINT TRANSCRIPT
I had to take quite a high dose of warfarin before my INR reading was at the level that was deemed safe. And the problem with that, you see, is not only do you have to gradually adjust the level of warfarin based on the information in the letter from the hospital, but you have all these different tablets to take, and sometimes you have to split one to get it right. And then you move up the next week, again it may not be quite right, so you have to drop these and take one of another size or combination of sizes. You get the tablets in ones, twos and fives, so you’ve got the combination problem. Now anyone who is really elderly could find that, I would have thought, very difficult.

David X emphasised the importance of monitoring your intake of alcohol and green vegetables while on warfarin.

Show in context
SHOW TEXT VERSION
PRINT TRANSCRIPT
You’ve got to be very careful of your alcohol intake. You also have to be careful as to the green vegetables that you eat. So your diet is affected. Because vitamin K is the antidote to warfarin, this dictates you have to be very careful of your green vegetable consumption. I had, at one conference, a long conversation with a couple of doctors and I said, “Well, what I do is to set myself a certain amount of broccoli, for instance, per week, and I balance that against the warfarin information that I’m getting back from the hospital, to try and ensure that I balance my diet with what the warfarin readings need to be.” Because it can be very difficult. The warfarin levels can vary so much. If you go out for a meal or if you eat out a lot, it must be very difficult to keep your warfarin levels correct.

David X pondered whether new alternatives had been sufficiently trialled, and recognised the role of the National Institute for Health and Care Excellence (NICE) in decision-making.

Show in context
SHOW TEXT VERSION
PRINT TRANSCRIPT
The latest developments on replacements for warfarin are very interesting but, of course, we’ve still got to say, fine, they’ve had clinical exposure. They’ve had trials. You can’t put anything on the market until the trials are completed. I know in the past, there have been some pharmaceutical companies who have suppressed some of the trial data. That has been very dangerous and very wrong, and the ethics around them should be improved and I think the oversight should be improved. I know there’s a lot of criticism of NICE that they haven’t allowed certain drugs to be put into clinical practice, whereas I think they are a bulwark against bad ethics. And they’re also there to make sure that you get a good bang for your buck because there’s only a limited pot of money.
Previous Page
Next Page