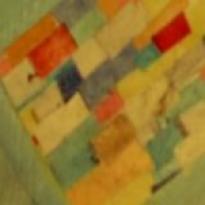 Age at interview: 32
Age at diagnosis: 6
Brief Outline: Philip, age 32, was diagnosed with severe asthma at age 6. He is white Irish, single and works as a web developer. His asthma is generally only triggered by hay fever and so is usually at its worse during summer. He used to use preventative inhalers as well as antihistamine medication but as he got older he stopped taking regular medication and is generally symptom free. If he feels breathless or wheezy he uses ventolin.

Philip has had asthma since he was around six or seven years old- usually triggered by hay fever, so it was at its worst during the summertime. His sister and brother both suffer from asthma so he was used to being around people who suffered from the condition. He has had one particularly significant asthma attack when he was about 12, when he was taken to the clinic and put on a nebulizer to stabilise his breathing and he recalls it being frightening not being able to breathe properly. During his childhood he used preventer inhalers and also carried a ventolin inhaler around with him, particularly after the serious attack took place. When he got a cold or hay fever he would become wheezy and find it difficult to breathe and would sometimes be given steroid tablets and antihistamine tablets in addition to the inhalers, when his breathing was very bad. He remembers being quite good about remembering to take the medication as it was prescribed as a child, but as he got older he became less reliable at monitoring and recording his peak flow measurement. Philip finds it difficult to remember all the details of his childhood asthma as he thinks that the GP either didn’t explain things very well to him, or it may be that the doctor may have talked to his mother about the condition and treatment more than explaining it to him.

As he got older Philip decided to stop using the preventive inhaler and steroid tablets, although still uses the ventolin inhaler and antihistamine tablets particularly in summer when his hay fever kicks in, or if he gets a bad cold – these are the times that he feels his chest tightening and breathing becomes difficult.

Philip also has Gastroesophageal Reflux Disease [GERD] which is a common condition that many asthma sufferers experience and he takes antacid tablets to control the symptoms.

Philip feels that his asthma is a mild form of the condition and as he grew up it became something he hardly thinks about, other than during the height of summer.

Philip has not had been called for regular reviews at the asthma clinic. As a teenager he didn’t take the initiative himself, but now he’s older he thinks regular reviews might be important.

Philip has not had been called for regular reviews at the asthma clinic. As a teenager he didn’t take the initiative himself, but now he’s older he thinks regular reviews might be important.

View topic summary
SHOW TEXT VERSION
PRINT TRANSCRIPT
I do think though somebody should of, it should have been reviewed better as I got older although it wasn’t. As far as I’m concerned, I wasn’t. Like I should have been probably back to the doctor for an appointment at least every six months, especially as a teenager. That stuff changes, we all know that stuff changes... as you get older and I don’t think they really monitored it particularly well.

For me anyway. Maybe it’s just it wasn’t severe enough or they didn’t think I was.

Yeah, but previously, would you have been called every six months?

I could not tell you. I don’t remember that.

Don’t remember that, but they must have called me in to look at those wee booklets.

And what would you have stopped you making the appointment and taking the initiative to say.

I was a teenager so I probably wouldn’t have done that sort of thing.

You just were happy to go along?

Yes, I would have just gone with the flow of it all.

Philip describes a time when he had an asthma attack when he was at school and his dad took him to A & E. He felt he couldn’t move while it was happening.

Philip describes a time when he had an asthma attack when he was at school and his dad took him to A & E. He felt he couldn’t move while it was happening.

View topic summary
SHOW TEXT VERSION
PRINT TRANSCRIPT
When I was I think was ten, maybe eleven, I can’t remember quite right, I probably had the one and only serious asthma attack I ever had. I had it in school and I had it at lunchtime and it’s, if you have an asthma attack you remember it, that’s the best way to describe it because you can’t, it’s just, I don’t think it’s the scariest moment in my life. But the scariest moment in my childhood because you just can’t breathe and you don’t know what’s going on. So I remember being like that in school and my dad was a teacher in the school and I would have been for lunch and then I would have went and played football after lunch and my dad would have gone home for lunch. And him coming in and me, and I remember leaning up, leaning up against something and not realising what it was, obviously, but then him having to take me to the, I don’t remember him taking, I can remember him taking me to the, it wasn’t the ER, it was the clinic in [Place] and being on a nebuliser. That was when I really thought it was a serious thing, I suppose.

It was my only serious proper asthma attack but it’s a very strong memory, put it that way. The fear, just utter fear of not being able to breathe, there’s just nothing like it.

Okay and can you tell me, describe how you were feeling at that time.

At the... having an asthma attack?

I had, I remember, I just, it’s just fear. It’s just utter fear of breathing in and nothing happening. It’s just like you keep breathing in. If sometimes, having a panic attack or hyperventilating it’s the it’s, I’ve done that, but it’s not the same thing. It’s just breathing in and just, just not getting any air and you start slowing down and you start, you can’t move, you don’t want to move although you need to move somewhere where somebody can help you, but I didn’t want to move. I just, I just thought I’d stay there and hope that somebody would notice that I was having an asthma attack. It was yeah, it was kind of scary and thank God my dad came along at the time, I suppose. But it was just frightening, that’s for sure and when, nine or ten, it’s even scarier.

Philip doesn’t think he knew too much about asthma when he was a teenager, and wonders if this was because the staff talked to his mum, or perhaps he didn’t pay much attention.

Philip doesn’t think he knew too much about asthma when he was a teenager, and wonders if this was because the staff talked to his mum, or perhaps he didn’t pay much attention.

View topic summary
SHOW TEXT VERSION
PRINT TRANSCRIPT
I think there definitely was that lack of communication between me and the GP, me and my mum or I wasn’t paying attention or whatever, but I definitely wasn’t informed about this stuff. It was like, you see when I found out there, you know, I found out a few years ago I’ve some gastro problem they say I’ve maybe, either a hiatus hernia or I just produce too much acid so I started taking a wee tablet to stop that and life’s been much better since I started taking the tablet. But it’s called G.E.R.D. something, gastro something. Eighty per cent of people who have that, have asthma.

Stuff like that there. If you read about it, apparently it’s quite a lot of people have the same sort link. I don’t know if it’s linked. It’s seems to be a wee correlation. They say eighty per cent of people have that and asthma. Like that’s something I had to find out myself with that. The doctors never said that to me.

It’s kind of like. There’s a lack, there was a lack of communication.

And maybe it was to do with I was a kid and they talked to my mum or I just didn’t pay attention because I was a teenager, which isn’t the best thing on earth.

But that’s what they do.
Previous Page
Next Page