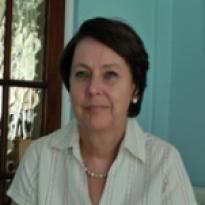 Age at interview: 59
Brief Outline: Chris, age 59, was only 7 when she was diagnosed with asthma. She is white British and is married with two adult children. She is a retired teacher. After her first asthma attack at age 7, she had regular and frequent episodes of illness throughout her childhood which often resulted in absence from school. Her last really bad asthma attack was when she was about 28 and since the advent of newer and more effective treatments she has been very successful at managing the condition so that it doesn’t restrict her life.

Chris had her first asthma episode when she was 7 years old at a time when her mother was ill and she was feeling upset and worried about her. After this first event she had frequent asthma attacks - which looking back now she thinks may have been induced and exacerbated by stress – her father died when she was 9.

At the time the treatments for asthma were not as sophisticated as they are nowadays and she relied on ephedrine tablets and a large inhaler. She recalls that this drug made her feel ‘high’ and tasted bad. At school there were few other children who had asthma and the teachers were unsympathetic to the fact that she was absent for long periods. One of the problems was that asthma comes and goes which made it seem to her teachers that she was ‘putting it on’ when she felt unable to participate in sports and games. As a result, as a child she felt different from the other children and in an effort to try and do everything that the others were able to do she would sometimes over-medicate and be on a high, followed by periods when she felt tired and lethargic. Sometimes Christine’s asthma attacks were very severe and she was admitted to hospital six times. Anxiety played a big part at that time as she recalls her mother was often anxious about her and prevented her from doing things that she wanted to be able to do.

As a young teenager, it was suggested that her asthma was in part psychosomatic and related to difficult feelings around the death of her father, and she was given counseling/therapy which she felt helped to some degree. However, the feelings of difference continued throughout her teens and she found it difficult to maintain continuity of friendships because she was often ill at home and unable to join in with the group. Chris felt quite upset thinking about her childhood because in many respects it was very restricted and there was little understanding about asthma generally.

Chris’s last really bad asthma attack was when she was about 28 and since the advent of newer and more effective treatments she has been very successful at managing the condition so that it doesn’t interfere with her life. Her main trigger is when or if she gets a lung infection, but these days she is usually able to pre-empt worsening symptoms by increasing the dose of inhaled steroids or occasionally taking steroid tablets or antibiotics. She is also allergic to some things such as dogs, and doing housework can be difficult because of the problem of dust; however she finds ways round these things and feels it is important to focus on things that she can do rather than worry about things she cannot.

Christine has developed a rational approach to her asthma now and is able to keep calm when she starts to feel her chest tighten as she knows that with the salbutamol inhaler it will pass in a few minutes. One thing she has learned over the years is that if you panic it makes it much worse.

Christine who is 59 compares the medication of her childhood to current day inhalers.

Christine who is 59 compares the medication of her childhood to current day inhalers.

View topic summary
SHOW TEXT VERSION
PRINT TRANSCRIPT
The medication now is so much better than it was.

I was going to ask you what kind of medication were you prescribed at that time?

Oh, wonderful, I had ephedrine, which is kind of speed, really.

That was glorious because if you took too much, it gave you loads of energy. It didn’t last but it did give you lots of energy. And I had an inhaler which was … I can’t remember the name of it now, a big green thing, tasted revolting. But that was quite dangerous and you were able to, you could overdose on that inhaler and give yourself a heart attack. But the modern inhalers, it doesn’t work like that.

The steroid inhalers made a big difference.

I mean the Intal had got, the powder thing, had got a bit of steroid in it. But these are much more sophisticated. I mean the, the huge range of drugs for asthma now is impressive...

… so that your doctor can decide that, well, if you’re not managing on this one then we’ll try you on this one, and he’s got various things to, to go for.

When Christine has an asthma attack she says it can feel like very hard work as you struggle with each breath.

When Christine has an asthma attack she says it can feel like very hard work as you struggle with each breath.

So you’re kind of trying to force air in past air that should be coming out, as it were and this is where you get this characteristic, [makes noise] sort of sound. I was very, very thin. I was very thin. I was quite seriously underweight because I was using all the calories up trying to breathe, but I did have a flat stomach, so it wasn’t all bad.

View topic summary
SHOW TEXT VERSION
PRINT TRANSCRIPT
I feel that if I want to say anything at all, is that you can survive it, it’s not the end of the world, you think it is when it’s happening, it’s one of the most terrifying things to have an asthma attack, it’s terrifying to have it and it’s terrifying to watch it, but it passes. You know, the doctors are brilliant nowadays. The medication is superb. People understand a lot more about why you are having this attack and how you can prevent another attack. And you can still grow up, have a career, fall in love, fall out of love, get a job, have children, do all the normal things that people do, travel the world, I wouldn’t recommend the Arctic.

Because it’s too cold. But you can do, you know, practically everything that everybody else does, you don’t have to be imprisoned by it.
Previous Page
Next Page