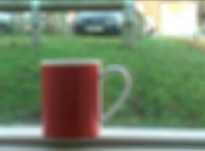 Age at interview: 22
Age at diagnosis: 11
Brief Outline: Until two years ago Sarah had very bad arthritis and was in severe pain. Her consultant applied and was granted funding to put her on anti-TNF treatment: Enbrel (etanercept). Sarah describes Enbrel as 'completely and totally changing her life'.
Background: Sarah lives at home with her parents and works part-time. She is planning to go back to college to do an animal care course. Ethnic background/nationality: White British.

For a couple of years before her diagnosis Sarah complained of pain in her legs which her GP put down to 'growing pains'. When she collapsed in the playground with no feelings in her legs she was sent to the hospital. Initially doctors thought she had leukaemia but tests indicated that she had juvenile idiopathic arthritis (JIA). In her late teens she was diagnosed with rheumatoid arthritis.
Sarah said that it took her a good couple of years to accept her illness. As a teenager she was in denial and refused to take her medication. She wanted to be like everyone else but realised that she couldn't do certain things like participating in PE lessons. Her schooling was affected by her condition particularly around the time of SATS exams when she was ill at home and unable to go to school. Sarah hasn't had a home tutor to help her with her school work and found it difficult to cope on her own.
When she was first diagnosed her main problem was with her left knee but gradually it began to affect all her other joints. Over the years she had been on several drugs such as sulfasalazine and leflunomide. She was on methotrexate for several years, first as tablets and later on in injection form. Sarah asked her GP to refer her to a specialist hospital in a nearer town because her local hospital wasn't offering much in terms of new treatments except surgery. Sarah declined surgery. Two years ago her rheumatoid arthritis was very bad and her new hospital applied and was granted funding to put her on anti-TNF treatment' Enbrel (etanercept). She described Enbrel as 'completely and totally changing her life'. At the time of her first injection she was bedridden and could hardly move. She said that her quality of life has improved and although things are not 'brilliant' she has far more mobility than before starting on Enbrel. Nowadays, Sarah is able to drive and has a part time job and is also looking forward to go back to college.
Sarah has always found it very hard to cope with the side effects of methotrexate' headache and sickness and has recently decided to stop taking it. Some doctors have accepted her decision while others disagreed. She is aware that her RA is better controlled when taking methotrexate with her anti-TNF medication and since coming off methotrexate she has noticed more stiffness.
In her experience, Sarah has found that people whether friends or boyfriends are understanding and supportive but 'up to a point' and says that for them it is difficult to understand the problems associated with RA.

View topic summary
SHOW TEXT VERSION
EMBED CODE
PRINT TRANSCRIPT
But the medication itself I’ve now been put on to the Enbrel, an anti-TNF which, to be honest, has completely and utterly changed my life, to what it was before. It will be two years, three years, sorry, in February, this February coming, I’ve been on it. The day that the lady that came out to give me the injections, she sat through, and went through how to do them, and what to expect next.
At the time, I was very ill in bed. I could not move. I was, actually, being carried by my mum and dad around upstairs, through every joint being swollen. And I did this injection that night, two hours later.
I walked to the bathroom on my own.
For the next couple of days after that, things started to go down, joints started to sort of recede, as it were, and I was doing the 25 milligrams twice a week, at that point. And from then on, things got much better. I’m currently taking the 50 milligrams once a week. As anybody else that has taken Enbrel (etanercept) will know, it makes you very sore where you inject and I find it easier just to do it once a week.
I now do it in my stomach, I alternate between my legs and stomach, because I find I get very sore and bruised on my legs if I do it there constantly.
Things aren’t brilliant, but they’re nowhere near as bad as they were. I have far more mobility now. I can drive my car, which I couldn’t do before. I’m also holding down a part time job, at the moment.
And it’s amazing, when you’ve spent day in day out not being able to do anything, not being able to go anywhere, how it can affect your life.
Yeah, it’s just, I’ve absolutely, miracle drug. It, it’s what they say it is I know that it is the drug that’s doing it. I haven’t actually fought this off myself at all. It originally it was juvenile arthritis. I should have grown out of it, late teenage years.

Sarah was taking Enbrel (etanercept) and didn't want to take methotrexate at the same time...

Sarah was taking Enbrel (etanercept) and didn't want to take methotrexate at the same time...

View topic summary
SHOW TEXT VERSION
EMBED CODE
PRINT TRANSCRIPT
I’ve had anti-sickness tablets but I’ve never noticed a difference with them. They’ve never helped. I had folic acid with the methotrexate as well and I never noticed a difference with that either. So, I’ve, no, they’ve never made a difference.
And when you told your consultant that you were not happy with taking, with taking it, what was his or her response?
A lot of the time it’s depending on which consultant I’ve seen. Some consultants have sort of scared me a bit and said, ‘You know, your arthritis will spiral if you don’t.’ Because methotrexate works very well with Enbrel. They work very well together. Which I got confused about, because when I was originally told about Enbrel, I was told it was this wonder drug, in fact, they’ve known cases of people to have done anything between four to twelve injections and it’s almost like blasted it out of their system, and they’ve been fine.
And then you obviously hear about people who’ve been on it for a long time and. I’d sort of argue back and said, ‘Well, if it’s such a good drug, why does it need backing up with something else?’ You know, and yes, I agree, it does help if you take it but, at the same time, I’ve made that decision that I can’t deal with the sickness and the headaches every day. It interferes with my day to day life too much.
So I, I think it depends on what consultant you see. The last one I saw, he was very good and sort of said, ‘You know, it’s your decision. If you’re happy to live with the degree of swelling and activity that’s going on with Enbrel at the moment, then that’s up to you. That’s absolutely fine.’ And he was very good about it.
So I’ve decided to stay off the methotrexate. Just for my own, just, just help me feel better from day to day really.
So how long have you been off the, the drug?
I’ve been off it for about six weeks now.
Six weeks.
And it has shown in my blood test results, the activity’s a little bit higher, but I have sort of a line where, there’s what I can deal with and there’s what I can’t deal with and this level of swelling, I can deal with, I will learn to cope with it. And I’d rather cope with that than the sickness and headaches every day.

Sarah was in denial about having arthritis. She refused to take medication and made life...

Sarah was in denial about having arthritis. She refused to take medication and made life...

View topic summary
SHOW TEXT VERSION
EMBED CODE
PRINT TRANSCRIPT
When I was originally told, I didn’t actually understand. All I remember was my mum bursting into tears and getting very upset. Couldn’t understand why, at my age that I had something that, very commonly, gets mistaken for something that only older people have.
I didn’t know what was going on. I, to be honest, at that age, I didn’t actually care. I just wanted to get out and go and see my friends. That was all I wanted to do. When the medication started, I admit I made life very difficult for my parents. I went into a denial. I didn’t have anything wrong with me. I don’t have to take this. I don’t have to take medicine that’s going to make me feel sick. I’m just like anybody else and I did go through that stage for quite a long time.
It was a good year or so later that I eventually, accepted it and sort of behaved myself, because I did misbehave. I didn’t take the drugs I was given. I sort of messed around with it. I didn’t want to accept it.
It was also made difficult at school. I had just started high school and I couldn’t do PE or games. So, whenever I had PE or games lessons, I had to go and sit in another classroom with about six other children that had learning difficulties and so catch up on homework, and things like that, because I just physically could not do what they were doing. Which in itself was a constant reminder all the time. You know, why am I sitting here? Oh yeah, because I can’t do what they’re doing.
Previous Page
Next Page