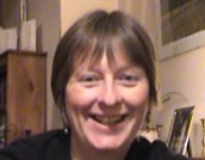 She did not want to influence her husband's views about screening, but they found they agreed.

She did not want to influence her husband's views about screening, but they found they agreed.

View topic summary
SHOW TEXT VERSION
PRINT TRANSCRIPT
During that period were you discussing together what kind of screening you would like to have?

I'm trying to think back now. I think we talked about it even before I got pregnant, and I think I had quite fixed ideas in my mind, but I was very aware that I didn't want to influence my husband, so I asked him sort of pretty much straight out what he would do, and it turned out that we were of a similar opinion, which I think was reassuring, because after that it seemed quite sort of easy to make the subsequent decisions.

And what were your feelings at that point about what you'd do?

With screening? I think we would have seriously considered a termination if there had been something that we were concerned about.

From previous experience, she felt having a baby with Down's syndrome would put pressure on her...

From previous experience, she felt having a baby with Down's syndrome would put pressure on her...

View topic summary
SHOW TEXT VERSION
PRINT TRANSCRIPT
I have experience of somebody with quite severe Down's syndrome. And when I was younger I worked, or I did voluntary work in a centre for children with learning difficulties, and I think that had quite strongly coloured my opinion of how I would cope as a parent in that situation and the sort of pressures and strains it would put on my relationship with my husband.

Having talked to her GP, she felt there was little point in having screening if you would not...

Having talked to her GP, she felt there was little point in having screening if you would not...

View topic summary
SHOW TEXT VERSION
PRINT TRANSCRIPT
Had you discussed together what you'd do if your risk had come out high? Had you thought about those subsequent steps?

I think the next step would have, that I would have wanted to pursue would be to have the - I don't know if I'm saying it right - the Chorionic Villus Sampling which can be done I think earlier in pregnancy than the amniocentesis, I believe.

So I suppose because I had thought about what I might do, perhaps that's why I was less bothered, maybe, when I went up for the scan. I tend to be a bit of a pessimist, so getting a result of one in eleven thousand was sort of, you know, quite amazing.

Yeah, so you'd got a pretty clear picture in your mind that you would have pursued a definite diagnosis?

Yes, I think - in fact one of the very useful things that my GP said to me at my very first appointment was, 'If you're going to go down the screening route, be clear in your mind why you're doing it, and the decisions you might make, if you get certain results.' Otherwise, arguably there's not a lot of, there's not always a lot of point in, in doing it.

She had the combined nuchal scan and blood test privately, but found out only just in time that...

She had the combined nuchal scan and blood test privately, but found out only just in time that...

View topic summary
SHOW TEXT VERSION
PRINT TRANSCRIPT
At my first booking visit the midwife was very good and explained very clearly about the options available to me. And she explained that I could have a primark blood test in conjunction with a nuchal scan and I decided that - I hadn't heard about that before - but I decided that was definitely the option I wanted to go for, because you find out much earlier in the pregnancy if there are any problems.

So you had to pay for that?

I had to pay for that.

And what was the experience of having that scan like?

It was actually quite rushed in terms of getting it, getting all the different stages done in time. I'm, you know, I'm pleased that she told me about it then, because I could otherwise have missed the window of opportunity.

Almost straight away I had to phone up the centre that do the test, the blood test. They have to send you a sample bottle. You then have to arrange an appointment with your GP nurse to get a blood sample, and send it back to them. And in fact I actually found it quite difficult just to get an appointment with my nurse, so it was all rather tight in terms of time.

The sonographer was quiet during her nuchal scan. She would rather wait till after the scan to...

The sonographer was quiet during her nuchal scan. She would rather wait till after the scan to...

View topic summary
SHOW TEXT VERSION
PRINT TRANSCRIPT
The scan was sort of quite detailed and they spend some time over it. And then they phone up there and then on the spot to get your blood test results, to the centre where the blood test result is being done, because they're separate. They were separate venues.

And then they're very quiet throughout the whole process. They don't sort of give you any hints as to whether things are good or bad, and then they take you to a little room afterwards and give you a piece of paper which shows you your risk. And I think for my age, which is, will be thirty five when my baby's born, it's about one in four hundred is the sort of national average. And she came back with a piece of paper saying that mine was one in eleven thousand, which felt very reassuring.

What was it like during the scan then, given this silence? Was that worrying?

I mean they pointed out sort of features on the baby, but they didn't give any hint as to whether there were sort of things wrong or not.

Would you have liked them to?