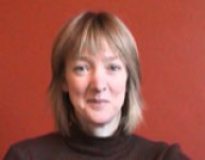 She and her partner had different views about what they would do with the results of screening...

She and her partner had different views about what they would do with the results of screening...

View topic summary
SHOW TEXT VERSION
PRINT TRANSCRIPT
And what discussions or what thoughts had you had personally before you got the results, and any discussions with your partner about what you might do if it had come back saying you were at higher risk?

We were, we had different opinions about it. Mine, my opinion was I really felt the baby would be fine, but if there were any problems we'd kind of have to cross that bridge when we got to it, but that I was very much against the idea of termination.

I couldn't bear the thought of not having the child, and if there was something wrong we'd have to deal with it. He was of the opinion that he could not bear to have a child that had some kind of abnormality or had Down's syndrome and although we didn't get to the point of really discussing, 'Well, what shall we do?' I think he would have steered more to the direction of termination.

Luckily we didn't really have to have that conversation, because the turnaround time with the testing, there was not a great deal of waiting. It was done at sixteen weeks, so I, probably within a week we had the results. So it was, it didn't become a real point of stress for us, even though we did have slightly different opinions. I kind of, I got to see a slightly different side of how he thought and how he would not have been able to cope, but he was very honest about that and I appreciate that he could just say, 'I wouldn't be able to cope'.

So you kind of got so far with the discussion and then put it on ice, kind of...?

We put it on ice until we had the results and then we didn't have to continue it, luckily, yeah.

Has anything happened since that would change your view about termination? I mean now that you have the baby. Looking back would it make you feel any differently about termination or if you were pregnant again?

I think if I was pregnant again, now that I'm a mum, the degree of emotionality around the decision would be significantly more. Because I didn't have children then, I didn't have a baby. I didn't know what it was like to love your child so much.

It was all an abstract concept to me, so we were just dealing with ideas. We were dealing with 'what ifs'. So if I were to have another child, you know, I'm that much older now, so I think the issue of risk would be much tougher to deal with.

Having a great-aunt who had Down's syndrome, she would want to know in advance if her baby had...

Having a great-aunt who had Down's syndrome, she would want to know in advance if her baby had...

View topic summary
SHOW TEXT VERSION
PRINT TRANSCRIPT
I liked the reassurance that everything was okay, yeah. I mean I had a great, great aunt who had Down's syndrome, so I would, it would be really helpful to know.

Did you know her?

I met her once when I was little. She was a lovely lady. I mean, I think I only ever met her once and, you know, she was really looked after by one of her sisters, they always lived together.

So has that affected your views about Down's syndrome and whether or not you'd proceed with a pregnancy if Down's were identified?

Well, knowing that it's in my family, that I had a family member who has it, I think it's particularly important to be aware that it can happen and what would I do if I had a Down's syndrome baby.

It hasn't affected, it hasn't really swayed the decision that I feel I would stick with, which is that if I did find out that my unborn baby had a birth defect that I'd probably still go through with the pregnancy. It's a phenomenally difficult decision, and I don't envy anybody who's in that position.

Her doctor in America advised her it was useful preparation to find out before birth if the baby...

Her doctor in America advised her it was useful preparation to find out before birth if the baby...

View topic summary
SHOW TEXT VERSION
PRINT TRANSCRIPT
Yeah, yes. I think screening's a good thing. Because the risks are still relatively slim percentage-wise, I think having that reassurance that everything is OK is, for me and my partner, for both of us I think, was particularly helpful because I'm over thirty-five.

We cannot deny that the risks are greater, so I think having that reassurance, personally, is very helpful. And also, I mean, one of the points that the doctor made that was really, I thought very relevant and was a good reason to be screened - you know, this was a reason he used for amniocentesis - is the sooner you find out if you're going to have a baby that's got a problem, you can start getting your resources and your help and your support together now, rather than waiting until the baby's born and then having a shock.

I'm not saying that he has an agenda, he had an agenda one way or the other, but I don't think he really even mentioned the word termination if there was a problem. You know, his motivation was, we want to support you through your pregnancy and help you to gather kind of support, resources, help that you might need if there was a problem.

She felt professionals she met in the UK gave more time to explain and listen than some staff she...

She felt professionals she met in the UK gave more time to explain and listen than some staff she...

View topic summary
SHOW TEXT VERSION
PRINT TRANSCRIPT
I mean, really the highlight is the contrast between my early experience in this doctor's office, where besides the nurse technician who did the scan, every staff member I dealt with did not really treat me as if they cared about me as a person. I was just another person on the schedule book.

I had a doctor come in who gave me a check, and I had a number of questions I wanted to ask, and he didn't even ask me, 'Do you have any questions?' He rushed in, he did a check [clicks fingers] and he was out the door. I feel in a way, I feel empowered because I have done a lot of reading about pregnancy.

You know I feel as if I can get the kind of care and get the kind of information that I need. That's really just, that's not difficult for me. I think a lot of women have more difficulty and maybe they have more difficulty kind of getting the information that they need or finding out what their choices are, or saying, 'I want to be treated better than this', or, 'I can find places where I can be treated better than this' - or that 'I even have an option'.

The contrast is that once I came over here, I was treated like a real person. I was treated like I mattered and that my thoughts and feelings were important. I know that that's also not always the case here - that I chose to go with somebody who I knew would give me that kind of experience, because I knew that that's what I needed, going through something as enormous as childbirth.

So that's, I mean that's really the point I want to make, is how different one's experience can be if somebody will just take thirty seconds more to say, 'Do you have any questions? Is there anything that you're concerned about? Is there anything you need some help with? Is there anything I haven't covered'. That makes you feel like your concerns and your feelings are important and manageable.

The 20-week scan was a moving experience and the person doing the scan explained everything very...

The 20-week scan was a moving experience and the person doing the scan explained everything very...

View topic summary
SHOW TEXT VERSION
PRINT TRANSCRIPT
The nurse that did the scan, that was what she did. She was the scanning nurse. I remember it being a pleasant experience, because of all the staff that I had at that point met being really just very matter of fact and rather cold.

She was the first person that we had contact with who did speak directly to us, who, you know, asked, 'How is your day going?' And 'This is what I'm doing, and I'm going to put the jelly on your tummy, and you look over here and you can see the', you know. And she explained what we were looking at, and she explained what she was looking at, and she said, 'OK, here's the kidney, they're good. And here's the heart, and then you can see the heart on the monitor'.

And she was really interactive, and it was very helpful. And it was a very moving experience. I remember it brought tears to my eyes to see the baby for the first time and to, you know, see his little heart beating and see him moving, moving around and his head and so on.

So I do remember that experience as being very warm and pleasant and just a very happy - it was hearing the heart beat for the first time was the first sense of reality. This was an even bigger sense of the reality that there is a real living baby inside.

Her doctor in America recommended amniocentesis as a routine investigation, but she did not agree.

Her doctor in America recommended amniocentesis as a routine investigation, but she did not agree.

View topic summary
SHOW TEXT VERSION
PRINT TRANSCRIPT
It had to have been the first or second appointment that I had, and I had already done enough reading to decide that I didn't want to have amniocentesis, you know. Although I was over thirty-five and I knew that there was, there's a much higher risk of birth defects, I was concerned about the risk of miscarriage with amniocentesis.

So I had clearly made up my mind that I didn't want to go that route, and I did tell him this and he was quite dismissive, almost condescending in saying to me, 'Well, I really think that you're responding out of emotionality. And I want you to take this brochure and go home and read it and come back, and then tell me what your decision is'.

Which I thought was a bit patronising, because I'd already done my research and I'd already made my decision, and I knew that there were other alternatives. And I just got the feeling that 'In this office, what we do with that is amnio with our over thirty-five patients. And you know, you're kind of bending the system slightly.' So I didn't have a good feeling about this.