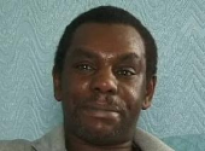 He used the internet to find out information about heart failure. He finds it reassuring because...

He used the internet to find out information about heart failure. He finds it reassuring because...

Well, that's a good link to my next question, which is how have you found out more information? Have you used the Internet?
Yes, because it's there, it's on, it's there 24 hours a day and provided you've got access to it then why not use it, you know what I mean? Because nobody's perfect, nobody knows everything, right, and no disrespect to anybody but you know, not even the doctors know everything. And the best way to find out anything in life is through personal experience.
I think that's how we did it, actually, because my niece was with me, we did get some answers because I'm trying to get into this heart thing, you know what I mean? Because I had the and it brought up the diagram of the heart on there and I said, 'I've got that at home on one of them pamphlets,' and I says, 'Oh yes, there it is there,' and then she was saying, 'Well, what's wrong with you?' And I went, 'See that one there, it's blocked, it's narrowed, and you see that there it's pumping too fast, the valve,' and she said, 'Oh...' and then she got an insight into it as well so, you know what I mean? It was nice, it got us a bit closer actually, but then she started to worry, 'Oh, you're not going to be here much longer are you?' and I went, 'No, don't start!'. But you know at least she could see for herself what I was going through, you know what I mean. So if I was walking up the stairs at my sister's now and I felt a bit out of breath, they could understand. He says 'Oh, it's the old ticker, isn't it?' 'Yes,' and we started to make a joke about it and you know that's the way you get light-hearted man, and you know you've got to be! You can't take it too seriously, you know you'd be in a coffin already, man, I'm telling you!
Previous Page
Next Page