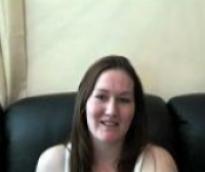 Age at interview: 22
Brief Outline: Customer service officer with one son aged three and a half. Living with partner, who works as a forklift driver. Ethnic background' White British (English).
Background: Admitted to hospital with pre-eclampsia, 1st child was born 6 weeks premature and had to spend 10 days in SCBU. Found it very difficult to decide how to give birth to 2nd child, worried about risks either way. Had vaginal birth assisted by ventouse.

She was very worried about making the wrong decision.

She was very worried about making the wrong decision.

View topic summary
SHOW TEXT VERSION
EMBED CODE
PRINT TRANSCRIPT
I've wanted someone to tell me what the right option is really. But nobody, obviously the doctors and midwife, they, they don't really necessarily recommend which one. They, they keep saying, 'It's up to you, it's up to you' and giving me the benefits and the risks, so I'm still sort of thinking, 'Oh, is it all down to me? Am I going to make the right one?' Whereas if somebody said, 'We think you should do this', I would go by that.

And how have you got on with your midwife in this pregnancy?

Has she been able to answer any of your questions?

Yeah, I mean, we only discussed birth plan-wise yesterday, and she didn't really seem concerned about having' attempting for a normal delivery. And I've had a few talks with the consultant at the hospital and, it's the same really, they, they're not really concerned either way.

Right. How do you feel about that? About that they're not worried. Has that made you less worried?

Not really, because I sort of think they don't understand that I am worried, if you see what I mean.

Yeah, I do' So you've been able to discuss your fears and your expectations have you, this time?

So how involved do you want to be in the decision, because it sounds from what you've been saying like you want them to make the decision for you?

Why do you think you want them to tell you?

Because I think they've had a lot more experience with this, and I know they say the percentages on the risks and everything, but I just think it - from a medical opinion I think it would be better if they took reign and said, 'This is what you should do'.
Previous Page
Next Page