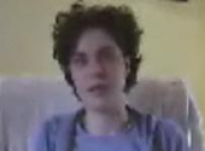 When she was diagnosed with breast cancer, she felt she was in no state to make decisions, so...

When she was diagnosed with breast cancer, she felt she was in no state to make decisions, so...

View topic summary
SHOW TEXT VERSION
EMBED CODE
PRINT TRANSCRIPT
The strange thing was when, because they didn't know how much it had spread or anything, they don't totally know what the whole situation is until they've opened you up.
So they didn't, when they said' "Oh we'll take you to surgery," but they didn't know how much they were going to have to remove.
So he said' "Well, would you like an implant?" And I, yeah I didn't know what to think about that.
I thought' "I don't want an implant. I don't want something else in my body." But I didn't know how much I was going to come out with and that was a strange feeling because you just didn't know what you were going to wake up to.
But I just said' "Well, just make your decision. Obviously if everything's got to go then do something but otherwise."
And, you know, they wouldn't know how serious it was either until, until then so. Yeah, you sort of felt like you were going into the unknown a little bit.
Well they, I didn't decide on any treatment because I suppose I just didn't know, I wouldn't have known.
I mean perhaps you can know more but I certainly wasn't in any state to have been, to have even begun to think about the different.
I needed the security of thinking' "They know what they're doing," so I didn't even question that.
Previous Page
Next Page