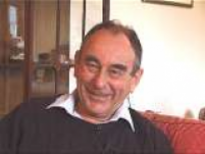 Age at interview: 67
Brief Outline: In 2004, developed frequency, so had a PSA test which was "on the limit". In March 2005, had difficulty passing urine. Had another PSA test, and has not yet had the results.
Background: Occupation' Teacher. Marital status' married. Number of children' 5. Ethnic background' White British.

For him the PSA test was no problem whatsoever; he went to work five minutes later.

For him the PSA test was no problem whatsoever; he went to work five minutes later.

View topic summary
SHOW TEXT VERSION
PRINT TRANSCRIPT
Just in case somebody's looking at this site and wants to know what happens when you have a PSA test would you mind just explaining what happens exactly?

Well I just went in for a normal blood test. I just went in. A lovely lady sat me down and took some blood from me and said, 'Thank you very much', and off I went to work. And it was fine. It was no problem whatsoever. And I was told to ring in a couple weeks later to find out whether it was, whether my GP wanted to see me again but it was very easy, painless and it was, it was fine. I went to work five minutes afterwards.

He had a PSA test because he had urinary symptoms but his doctor didn't explain exactly what the...

He had a PSA test because he had urinary symptoms but his doctor didn't explain exactly what the...

View topic summary
SHOW TEXT VERSION
PRINT TRANSCRIPT
Well I suppose it all started when I'm fortunate enough to have a, a fulltime job. I, I'm a teacher and my age is sixty-seven now and I, I started having to get up more and more in night time to go to the toilet. And it got to the stage where it was a, six or seven times a night. And my job was beginning to suffer because my sleep. I was getting sleep deprivation. And I thought to myself I ought to do something about it and went to the doctor who gave me some pills to try and cut down the number of times that my sleep was interrupted. Unfortunately it didn't work all that much although it temporarily it, it maybe cut it down to two or three times a night. It then it started to build up and build up and build up and I've had to take some more and more pills until eventually I got really frightened of it because I, I sat, I tried to urinate one night and I couldn't actually do it. I had to sit down and actually press my stomach in order to actually pass, pass urine. So then I really, [laugh] I did get frightened. Ok. And went to the doctor again whose a, who is now given me, asked me to do another, another test and go to a specialist.

Did the doctor at that stage discuss what the test might be or did they mention the PSA test?

Yes they did. At that stage they suggested I had it. There was very little explanation from the doctor although a wonderful doctor. I mean really I would go to nobody else but there was no explanation on the, on the test itself. They just said would you like one? And I presumed like all patients that that was the natural thing to do. And therefore it was like all tests if, if it was over certain percentage it would tell you whether you had cancer or it, if you were under a certain percentage it would tell you it wouldn't. So I felt it was, it was a thing you probably had to do.

Did the doctor at that stage say that the PSA test was a test to see whether or not you had prostate cancer or what? Can you remember in your own words the, how the conversation went?

No. She merely said, 'I advise you to have the, the test in so far as it's possible that if, you know, if it's above a certain limit then we would take one action. If it's below a certain limit we'd take another.' We avoided the actual word 'cancer' funnily enough at that particular stage.

But there was no, no analysis of how successful the test was, had proved. I mean how many people had, was above the limit but didn't have cancer and those below the limit but still had cancer. We didn't go into that kind of detail at all.

View topic summary
SHOW TEXT VERSION
PRINT TRANSCRIPT
How did you feel when you were waiting for the results?

Again I just buried myself in my job and my family and ignored it. In fact didn't ring up for some time afterwards. It may be a form of coping. I'm not sure. I'm not sure but and so I'll continue to do that until actually it starts to affect. Even if I'm told I have cancer I shall continue to do that until it actually starts to affect my family or my work.

And you had the second PSA test about two weeks ago?

And have you had the results of that yet?

Well, I, I'm sure it's arrived but I haven't actually rung up to find out.