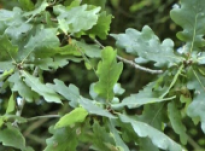 Age at interview: 58
Brief Outline: Christopher was on a skiing holiday when he fell 120 metres. He sustained a traumatic brain injury. He feels he has made a great recovery, but still has some memory and speech problems.
Background: Christopher is married and has three children aged, 14, 24 and 25. At the time of his injury he was the director of consultant surveyors firm. He has since left this job and is setting up his own consultancy service. Ethnic background' White/Caucasian.

Four years ago, Christopher was on a skiing holiday in Italy with his wife when he fell 120 metres and hit his head. They did not usually wear helmets, but decided to on this occasion. He was flown to hospital there and was later transferred back to the UK. He spent several months in hospital. Christopher remembers being in hospital, but at the time had no recognition of why he was there.
Since his injury Christopher experiences some memory problems and difficulty finding the words he wants to use to express himself. He worked with a neuropsychologist and a speech therapist to improve these problems. He also was supported by an occupational therapist, who assessed his ability to use public transport and manage his daily life.
To help deal with his memory problems, Christopher makes sure he keeps a note of everything he has to do in his diary. But, he describes this as a two-edged sword because when you’ve written something down you might think, “Well, I don’t need to remember that anymore”. He also keeps reminders in his mobile phone, “which is fine as long as you keep it” up to date.
Christopher returned to work after his injury, but spent fewer hours working than he used to. He had a difficult time convincing his insurance company of the impact his brain injury had on him. Before returning to work, he underwent testing by neuropsychologists and received rehabilitative care from an occupational therapist. In the end, he left the job and received a lump sum payment from his insurance company.
Christopher informed the Driver and Vehicle Licensing Agency (DVLA) of his brain injury and gave back his driving license. Later, after observation tests carried out by a doctor his licence was returned to him.
Christopher says that his wife has been instrumental in his recovery. He also received practical support from his children, who searched for information for him on the internet.
He recommends that other newly-injured people “Be patient. Don’t expect that one day you’ll wake up and everything will be back to normal”. He also advises that you should “work out your own itinerary as to what you’re going to do and how you’re going to do it”.

Christopher doesn't want to be labelled as having a brain injury. He wants to be seen as himself.

Christopher doesn't want to be labelled as having a brain injury. He wants to be seen as himself.

View topic summary
HIDE TEXT
PRINT TRANSCRIPT
Is there a part of you that wants to sort of separate brain injury from your life?
Yes. I don’t want to be that individual that’s got a brain injury. I want to be me. Part of the problem, if there is a problem about being me, is you are what you are from the way you’ve lived your life. And there are certain aspects of the way I lived my life, which are more difficult for a variety of different reasons. I certainly don’t want to work the hours I used to work. I think living in two locations might be a little bit of added complication. Having the range of age of children that we have is another interesting challenge. All of which requires adjustment. And I think I haven’t been very good at adjusting because I keep on thinking that I could go back to what I did before, but that had other things attached to it, which are more difficult to try and put in place. The person who has been probably the most flexible has been my wife. She’s seen the change in how I have behaved and yes, she would like me to be as I was before I had the accident and in many ways yes, I am, but not quite. And all those little fine points of difference are important and they’re part of life’s references for everyone.

Christopher's ability to drive was assessed based on his neurologist's observations.

Christopher's ability to drive was assessed based on his neurologist's observations.

View topic summary
HIDE TEXT
PRINT TRANSCRIPT
Did you make a conscious decision to give up driving or how did that come about?
Oh that It came about by accident. I hadn’t driven when I was in my first hospital and they were talking about discharging me, because I could walk and talk and do all the things. I was perfectly okay. There was a recognition that I needed some further care and I could go to some hospitals that specialise more in outpatient care. And one of the hospitals I went to, talked to my wife and said, “Well of course he’s given his licence in hasn’t he?” To which we said, “No, the accident happened abroad.” Nobody had ever asked us for the licence, nobody ever told us about it and it was only through a bit of research on the web by my daughter who said that DVLA say that if you recognize that you need to give your licence in, they will give it back to you when the doctor says it’s okay to give it back to you. But it was an interestingly grey area. Very grey. But then I find if you have a head injury you are required by the DVLA to give your licence back. And so you can either have it withdrawn by DVLA or they take it back. And I could see a situation where I might be involved in an accident and then being told, “Well you haven’t got insurance because you haven’t got a licence because DVLA say you can’t”. So, but this is only sort of came about by accident rather than being told.
I had to have a letter from my neurosurgeon originally to get my licence back from DVLA and that was based on his observation of my behaviour not on any particular tests per se. But I could quite easily see where I would fail on certain tests as I did when I went to go and see the neuro for the insurance. There are certain issues that I knew I wasn’t meeting, but they’re quite fine, very fine. And if I was just a shelf stacker in Tesco’s it wouldn’t matter, but yeah, what do you want to do? And where’s your bench mark?

Christopher thinks there is little understanding about what a brain injury means to people. It is...

Christopher thinks there is little understanding about what a brain injury means to people. It is...

View topic summary
HIDE TEXT
PRINT TRANSCRIPT
I don’t think that there is an understanding about what brain injury means for many people. I’m sure there isn’t. And you either can work or you can’t, can’t you? And it’s very black and white. In a way, it’s much easier to deal with people who are physically disabled than who’ve had brain injury and as an aside I can see this with my daughter. If you’ve only got one arm it’s quite clear that what you need to do is to modify things to accommodate that. But if you have brain injury, what does that actually mean? What have we got to do? People don’t understand. And because it’s different for everybody, you can’t necessarily say, well here’s a sheet of things that we have to do. I can quite see that’s why it was a difficulty for my previous employers. Even though I had been there for 33 years.
And at the time of your injury had you ever heard of brain injury? Did you know what it was?
I’d never heard of it before. I had no idea what it was or how it might affect you. And I don’t think, if anything, my immediate reaction if you talked about brain injury was about somebody who was a little bit stupid. My terrible shorthand. I think that was probably one of my greatest concerns about recovering from brain injury.
Previous Page
Next Page