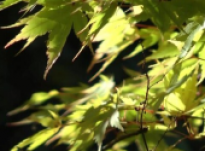 Age at interview: 72
Age at diagnosis: 64
Brief Outline: Jim was diagnosed with prostate cancer 8 years ago. Nowadays, he doesn't think about having had cancer, but does experience ongoing problems with his stomach which may be related to having radiotherapy.
Background: Jim is married, with two sons aged 47 and 44. He is a retired skilled inspector (engineering). Ethnic Background: White British.

Jim was diagnosed with prostate cancer when he was called in for a screening test as part of a research study. He wasn’t experiencing any symptoms of cancer, so the diagnosis came out of the blue. He was treated with radiotherapy and received 3 years of hormone injections into his stomach.
He now experiences some problems with his stomach, which rumbles quite a lot all of the time and sometimes feels uncomfortable. He has had lots of tests to determine the cause, but nobody has found what the problem is. A nurse once suggested that the problems with his stomach may be due to the radiation therapy but he hasn’t discussed it with his doctors.
Nowadays, he sometimes gets more tired than before he had cancer, and doesn’t feel that he has the stamina he used to have. Closer to his diagnosis he felt a bit depressed and stopped going out with his friends, but, nowadays, he feels alright, and is happy to talk about his experience.
Jim’s main feeling is that he now feels fine. He knows what he had and it’s over and done with. He’s clear of cancer and doesn’t worry that it’s ever going to come back. His advice to people with cancer is to try not to worry, and you will be back on your feet before too long. He wants to encourage people to get a PSA blood check as well to catch it early.

Jim is convinced that his prostate cancer has been cured and won't come back; he doesn't worry...

Jim is convinced that his prostate cancer has been cured and won't come back; he doesn't worry...

View topic summary
HIDE TEXT
PRINT TRANSCRIPT
So you now go for these regular blood tests.
Aye.
And do you ever get worried maybe before the test, does it ever make you a bit anxious or worried…
No.
…about what the results are going to be?
No, not now. No, it’s all gone and I’m on the up, I’m on the up. I’m on the right way. No, it doesn’t worry me that sort of thing. I’ve got away from it. I’m cured, me, I’m cured. I’ll not get cancer again and I’m convinced of that. I’m happy I know when the results are going the right way for me then I’m happy.
No, it doesn’t bother me that, no. No, my bloods, I mean we’ve had a few blood tests now and they’ve all been good, so I’m quite happy about that. You know, it’s not, it doesn’t bother us.
Previous Page
Next Page