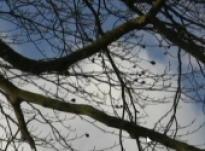 Age at interview: 67
Age at diagnosis: 57
Brief Outline: David had bowel cancer ten years ago, and received chemotherapy, radiotherapy and surgery. He had a liver recurrence, and received a liver resection. He doesn't worry about cancer on a day to day basis.
Background: David is a retired mechanical engineer. He is married, and has two daughters. Ethnic Background: White British

David was diagnosed with bowel cancer ten years ago. He received chemotherapy, radiotherapy and surgery. The chemotherapy he received was very strong, and he had lots of side effects while he was receiving it. He lost some feeling in his hands and feet, which he still experiences now. He wonders whether the chemotherapy destroyed certain parts of his body, and maybe led to his diabetes and arthritis.
He had a temporary colostomy, which he had to learn to live with at the time. He was sometimes apprehensive about going out and people bumping into his colostomy bag. David struggled with food for about a year or two after his bowel surgery, and had to avoid foods like celery. Now, his diet is back to normal and he can eat anything.
David had a recurrence of cancer in his liver, and about half of his liver was removed to take out the tumour. It took him about six or seven months to heal from the liver surgery, and he couldn’t drive, or drink alcohol, for two years. He still needs to be careful when doing strenuous activities, and has lost sensation near the scar for his liver operation.
He now receives follow-up on a five yearly basis and sometimes feels apprehensive about scans. He thinks he was very fortunate to get diagnosed and treated. He thinks that good care from his GP and the support from his family gave him a lot of confidence.
David retired when he got ill. He initially took six months off with full sick pay, which was extended to 12 months, but never went back to work. He thinks that he wouldn’t have coped with going back. His company sorted out his disability payments and pension.
He feels like he is ok now, but he can’t wipe having had cancer from his mind. It has changed his life, and David thinks it has made him a bit more laid back. He doesn’t think about cancer or worry about it on a regular basis.

David developed diabetes and arthritis after colorectal cancer and said that all his illnesses...

David developed diabetes and arthritis after colorectal cancer and said that all his illnesses...

View topic summary
SHOW TEXT VERSION
PRINT TRANSCRIPT
Okay. You do get little problems. You think, “Oh, don’t feel that but that doesn’t feel right.” And you’ve got to be careful you don’t end up being a hypochondriac, but it was the leg, you know, and, “Oh, dear. Now what?”
Like I said to you, a hip, good God. I wonder there is no, something about chemotherapy, I wonder about chemotherapy because in my family there is no trace of, well, my mother died of cancer but very old, she was very elderly. There’s no trace of cancer. There was no trace of arthritis. There was no trace of diabetes and, which I’ve now got, and I just wonder whether the, and, you know, my chemo was strong. He asked if I’d like it weakened and I said, “No. I’d rather keep it as it’s going.” And it was horrendous. And I wonder whether, as chemotherapy does, destroy certain parts of your body or operations of it, operations in your body, whether that might have promoted the diabetes, possibly arthritis. But you’ve got to blame something.
I don’t know what to blame. But that’s it really.
Do you think that nowadays things like diabetes and arthritis are actually more important health issues than having cancer, or can you…?
I think they’re just as bad, or they’re all equal. You know, a cancer, if you’re fortunate, you get over it, but that’s when diabetes becomes a bigger health issue because you’re living, well, I’m living with cancer but you tend to forget. But I’m aware of diabetes all the time because I measure it. Well, I only take tablets but I measure it and I regularly get a telling off from the diabetes nurse and if you’re overweight, you’re underweight. And I do exercise. I haven’t done any for a few weeks but I do go to the gym. Three or four times a week I’ve been going. Arthritis, you can either live with it, as I was told, or have an operation.
He said, “If you live with it will get worse and then the pain will go but you won’t walk properly again.” And I didn’t have a decision to make. I just said, “Oh, well, I’ll have the operation.” I feel, I said, “I can’t live like this and I don’t want to be limping all my life. I’ll have the operation. I’ve got too much.” As I said earlier, I’ve got too much to do. Obviously, I can’t do the strenuous things I used to be able to do. I can dig big holes but it takes me a lot longer, if you do it like I do in the garden, putting fencing up. I do put fencing up and whatever, garden construction, but I can’t do it in a week. It takes me a month, but as you say, about the health issues, at the time of getting cancer it’s the end of your world.

Eleven years after having colorectal cancer David was not self-conscious about his scars but...

Eleven years after having colorectal cancer David was not self-conscious about his scars but...

View topic summary
SHOW TEXT VERSION
PRINT TRANSCRIPT
It’s only, first time I was aware someone noticed we were in Sicily, went for a week, Sicily, and I was down by the swimming pool and I was just, typically Italian, Sicilian, you have a job to get in anywhere. I don’t like that. I’d rather go where it’s, I’m on my own but laying by the pool there, and after about half an hour a guy said to me, “Fancy sewing been done on you”. I said, “Yeah”. He said, “Was it bad news?” I said, “Well, it was at the time”. It turned out he was a fisherman from Yarmouth sewing nets. He said, interesting guy, he said, “Fancy stitch work done there”. And he was a great person, great character, but that was the only time I became aware of people saying, aware that I’ve had cancer, and after that people don’t take any notice.
But I did, when I first, first holiday I had after I was cured, or been operated on, got rid of the bags and pipes and things, I wasn’t allowed to fly. [My wife] said, “Right, we’ll go on a cruise”. So we had to catch a train to Southampton and of course, I couldn’t carry the suitcase. Oh, it was a disaster, getting luggage in, you need a lot of luggage when you go on a cruise.
But I was aware when I was by the pool on the ship people were looking, because the scars were still red. I was aware, I wasn’t so much self-conscious but I noticed someone looking one day. and I found out later on that she was actually a nursing sister and she’d obviously said to someone, and they of course, they all look, but other than that, never been aware.
Not conscious at all.  I don’t think about it.

David retired after having colorectal cancer 11 years ago and now that he is living on a pension...

David retired after having colorectal cancer 11 years ago and now that he is living on a pension...

View topic summary
SHOW TEXT VERSION
PRINT TRANSCRIPT
But did having had cancer, do you think now it’s impacted in any way on your finances or anything, because you had to, or you took early retirement and things?
Well, of course it has because I mean I’m living on a pension. Fortunately, we both had good jobs. We don’t, before I was ill we didn’t save for holidays, we just went on holidays, which is, not a lot of people can say that. We’d go, “Where are we going?” “Oh, we’ll go there.” We’d go to France. We’d go to Africa. But now we have to work it out a year in advance and see if [company name] have still got anything in the pot for me. And it obviously has impacted on us. Fortunately, my wife is very numbers orientated. I tend to not spend as frivolous. And it’s not, when you say impact, it’s not impacted on the fact that we need help.
We don’t need help at all. We’re very fortunate, very comfortably, we’re not rich, comfortably off, but when we make anything, financial decisions, we think about it for months. You know, this option, that option, we could do this, oh, we’ve got some money back from there and some dividend has been paid, oh, we’ll use that and won’t have that this month, we’ll do it that month. So it’s made a difference but impacted is a bit of a strong word.
That sort of thing. We’ve got another, there’s another car in the drive, in the garage, but the Corsa there, which was new on the first, second of November last year. We did have a Saxo and it was getting on in years but it never let us down, only the things that normally go wrong with cars, but never let us down, but there was this scrappage scheme.
Oh, right. Of course.
And we thought about it and thought about it, and my wife thought about it and we did great investigations for six months before we decided, and the decision was we were offered good deals, an amazing deal at one garage. But we decided to go to a company near Liverpool. We drove all the way up there. He offered us another one and a half thousand less. I said, “We can’t, we’ve got to go”. But that’s the sort of, we spend a lot of time thinking about things.
You do straight away think, “Oh, I wish I’d have done such and such”. And I was on crutches, so my wife had to drive there and back, and those are the sorts of things.
And in the end that’s how we hopefully save money, but we did need a new, it was getting to the point where the scrappage deal would finish and we were going to struggle, we’d have struggled to buy a car.
And we did need another car. Well, did because my wife goes to work and I sometimes need to go somewhere else, but that’s going to change eventually. When she stops work we’ll only need one car.
But that’s when I say impacted.
It’s just a slight shift.
It shifts, yeah.
Yeah.
You just think a bit more about it. As I said, before when we weren’t, we were both working, didn’t give it a lot of thought.
Previous Page
Next Page