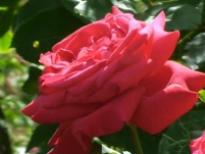 Age at interview: 72
Brief Outline: Xanthe found out after a routine blood test that there was a problem with her kidney function. This was particularly worrying to her as she only has one kidney. She is fit and well and is doing what she can to preserve her remaining kidney function.
Background: Xanthe is married with no children. She has retired from the clothing trade and looks after her husband. Ethnic background: White British.

About six months ago Xanthe was shocked to learn there was a problem with her kidney function after having a routine blood test at a well woman clinic. She felt particularly concerned about what might happen in the future since she only has one kidney, the other having been removed about 25 years ago because it was cancerous. She was concerned that her kidney cancer might have returned so she requested an ultrasound scan of her remaining kidney, which was done and it appeared normal.

Xanthe has had three blood tests of her kidney function and a urine test and, as far as she knows, her current level of kidney function is stable and she will have further tests in about a year’s time. Meanwhile it is not impacting on her life and she tries not to think about it. She has faith in her doctors and is somewhat reassured by knowing that if her kidney function declined to a critical level she could choose to have dialysis.

Apart from age-related sight loss, Xanthe has no other health problems and considers herself to be fit and active. She likes to find out information about kidney disease so she can do whatever is possible to preserve her kidney function. She is following a programme of exercises that she obtained from one of the kidney disease charities and, after talking to a pharmacist, she cut out salt from her diet in a bid to help her kidney function. She eats lots of fruit and vegetables, cooks meals from scratch, only drinks alcohol occasionally and has never smoked. She feels well and is not aware of having any kidney-specific symptoms but sometimes feels slightly nauseous after eating a particularly rich meal, which may be unrelated to her kidney function.

Xanthe had one kidney removed many years ago, so was shocked and cross when she learned recently that her other kidney was not working as well as it used to.

Xanthe had one kidney removed many years ago, so was shocked and cross when she learned recently that her other kidney was not working as well as it used to.

View topic summary
HIDE TEXT
PRINT TRANSCRIPT
I suppose my kidney problems started a lot of years ago, in middle age. I’d been to the hospital with what I thought was some minor female ailment and I ended up having a nephrectomy four days later, which I don’t know whether it was a shock, or whether I didn’t take it in at the time. I probably took it in much, much later.

And then there was a long period of recovery and then a lot of healthy years I think… until, until I was hauled into my surgery for a surprise blood test. Or, as a result of a blood test for something unrelated - where they had spotted there was a kidney problem, which was a shock again.

Well [sigh] try, I try to get on but you do think about it and you worry. I don’t know which is uppermost now, the worry of cancer coming back or kidney failure. You’re thinking is the big hand of fate going to come down on me again [pause] but that’s, that’s negative isn’t it. I shouldn’t think that.

Have you talked about those kind of fears with your GP?

And what is their response?

I could remember one occasion where I was told, ‘Well we’d better look at such and such. If it was the cancer was going to come back it might be around about this time, this span of years where it did come back’. I thought, ‘Well that really, that really comforts me’. But we’re better to look anyway. Don’t be, don’t be a coward.

What does it mean to you to have impaired kidney function?

It makes me cross.

Vanity, I want to live forever [chuckle]. No, that’s a very flippant answer. No I like being fit.

Well, I just told you I didn’t smoke and I didn’t take paracetamol so I don’t know what I personally have done to land myself in this position. I suppose there is always a small element of guilt but if you said, ‘Why are you feeling guilty?’ The answer would be, ‘I don’t know.’

Xanthe feels that kidneys are not a subject that people like to think or talk about but that their profile should be raised.

Xanthe feels that kidneys are not a subject that people like to think or talk about but that their profile should be raised.

View topic summary
HIDE TEXT
PRINT TRANSCRIPT
One doesn’t think about kidneys. Well, they are there, sitting there tucked away. You don’t think about them as long as they are functioning. It’s other people who have kidney transplants and related kidney ailments. Not someone who is galloping around and seemingly very fit. So that is quite a shock and you start to wonder where it is going to lead, and what might happen in the future. You think about, ‘Will I end up on dialysis? How will I cope with that? Where will I go for that? Will I even move and live near a dialysis unit?’ There’s a lot of food for thought there. And you talk to other people about it and they maybe say, ‘Oh you’re ok just look at you. You’re fine.’ Because kidneys aren’t… something we talk about a lot. They are not an emotional subject like heart’s, which is probably the most emotive part of us, or brain. They are just something we don’t talk about much. But they are absolutely vital to us and failure can [sigh] drastically alter your life, if not take you altogether.

Ok. Do you think there is enough public awareness of kidney impairment?

What could we do to improve that?

Put them on a level with the other vital organs: the heart and the lungs, I would guess. That’s not a very scientific answer is it but it’s the best I can think of.

Every day we hear something on the tele about wonderful heart units and such. We don’t hear much about renal units do we?

Renal problems are disgusting. They’re elderly people wearing incontinence pads shut away in. ‘Let’s forget they are there’.

Xanthe feels she is lucky with the service she gets from her local GP surgery because they are likely to phone her whether the test results are normal or abnormal.

Xanthe feels she is lucky with the service she gets from her local GP surgery because they are likely to phone her whether the test results are normal or abnormal.

View topic summary
HIDE TEXT
PRINT TRANSCRIPT
I have asked you how you get your results but do you have to wait ages to get them, or do you get them next day or what happens?

Well perhaps not next day, within three or four days. We’ve got a fairly quick turnaround here.

And do you have to ring up or how…?

It varies. Sometimes they will take you by surprise and ring, ring me.

Will they ring you if they are perfectly normal, normal for you?

Because some people say they only ring if there is a problem that needs dealing with.

Yes. Oh I’ve had messages that have said, ‘You’ll be pleased to know…’. So they can ring either way. So I’m, I’m very lucky.

Xanthe only has one kidney so felt scared when told it was not functioning properly but if it failed she could be given dialysis. Knowing dialysis was available was only slightly reassuring.

Xanthe only has one kidney so felt scared when told it was not functioning properly but if it failed she could be given dialysis. Knowing dialysis was available was only slightly reassuring.

View topic summary
HIDE TEXT
PRINT TRANSCRIPT
Yes. I went, I think I went to a Well Woman Clinic which lots of us do. That’s, that’s quite normal isn’t it?

I think that’s, that’s how it happened. And then there was a phone call from the surgery, and a request for me to go back because something had been spotted.

So when you went back what did they say to you?

[Ah well] ‘We’re looking at kidney function. But don’t worry; you can always be supported on dialysis.’ That was, that was quite scary.

From thinking I was fit, and suddenly the ‘D’ word is mentioned.

So have you discussed your worries about them possibly failing with your GP? ‘It’ failing, sorry.

Especially when you’ve only got one kidney to play with.

Your GP does realise that presumably?

So your GP hasn’t done a great deal to sort of allay any fears you might have?

It’s not like wrapping you in cotton wool. I think he expects you to, to be brave to a certain extent, perhaps. But there is that fear there.

But all illness is scary isn’t it?

It can be, yes. So do you find it reassuring being told that, ‘there is always dialysis’?

[Sigh] I’d feel [sigh] less reassured if there wasn’t dialysis. Let’s put it like that.

If it was the only option I’d certainly go for it.

Xanthe had phoned the National Kidney Federation several times with questions about her kidney health and received their quarterly magazine.

Xanthe had phoned the National Kidney Federation several times with questions about her kidney health and received their quarterly magazine.

View topic summary
HIDE TEXT
PRINT TRANSCRIPT
You said that you are keen to find out more about kidney health. What have you done to try and find information?

Oh well The Kidney Life magazine has been my first thing.

So when did you join that organisation?

After you were first told.

I mean if I want information I go after it ferociously until I get what I want.

Remind me which organisation brings out Kidney Life? Is it the British Kidney Patient Association or is it the other one? Doesn’t matter if you can’t remember. It’s one of those two.

Might have had one laid here but there isn’t.

I can never remember myself which one it is because there are several different kidney organisations, charities aren’t there?

Have you tried them all?

So are the people helpful on the other end of the phone when you call?

And have you found out answers to your questions?

Yes I have. Don’t ask me what the questions were now because I can’t remember. But they seemed burning issues at the time.

Yeah and you got a satisfactory answer.