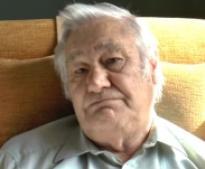 Age at interview: 75
Brief Outline: Jim has been diabetic for 20 years and has a check-up every three months where his blood is tested for a variety of things including his blood sugar level. After a recent test he learned from his GP that he has a mild kidney problem probably due to his age.
Background: Jim is widowed with two adult children. He is a retired company director. Ethnic background: White British.

Jim has been diabetic for 20 years and injects insulin five times a day and takes metformin tablets once a day. He has lost the feeling in some parts of his feet and hands. He sees a podiatrist about his feet and has special shoes supplied by the NHS. He has a problem with his heart caused by the diabetes which makes him breathless and for which he takes bisoprolol tablets morning and night. He has asthma and uses an inhaler.

He has panic attacks when he is in a situation beyond his control. He had one recently when he went to have a cataract operation under local anaesthetic, so he is now awaiting an operation under general anaesthetic but has to reduce his blood sugar to a certain level before this can happen. Reducing his blood sugar has resulted in more frequent hypos than before, such as when he is late having a meal.

Because of his diabetes Jim has a blood test every three months at his local surgery and knows that more things are tested than his blood sugar but has never asked what. He asks for the blood sugar results the next day but doesn’t get told about any of the other results. In between check-ups, he tests himself at home each mealtime. He doesn’t mind having blood tests and always arranges fasting blood tests to be done early enough that he can eat breakfast at his usual time to avoid having a hypo.

After a recent blood test Jim’s GP told him he had a problem with his kidneys that was probably related to age, and they would do another test. The test results were not explained to him and he finds it hard to understand he has a kidney problem since he feels no different to how he did before. However, he doesn’t worry about it and believes that if there was anything seriously wrong the doctor would deal with it. Jim hasn’t told anyone about his kidney problems; his family and friends know he is diabetic and what to do if he has a hypo. He hadn’t previously known that it was possible to get a mild form of kidney problem and he would like to know more about it, so will ask next time he sees the GP. The GP also invited Jim to join the OxRen study for people with early stage kidney problems, which he agreed to but has not yet started on it.

Jim has to watch his diet because of his diabetes and is used to adjusting his insulin dose according to what he eats. His son has recently moved in with him and does some of the cooking, and he goes to a friend’s house for meals three times a week. At other times Jim cooks himself ready meals. He has been advised to get as much exercise as possible and used to enjoy walking, but now his feet are affected by the diabetes this is more difficult than before, but he tries not to let his health problems affect his life too much.

Jim found it difficult to understand how he could be diagnosed with a kidney impairment when he did not feel any different. He’d rather not think about it and concentrate on his diabetes.

Jim found it difficult to understand how he could be diagnosed with a kidney impairment when he did not feel any different. He’d rather not think about it and concentrate on his diabetes.

View topic summary
SHOW TEXT VERSION
PRINT TRANSCRIPT
So how did you feel when they told you there was something going on with your kidneys?

I haven’t really put much thought into it. I try not to think about things that are wrong with me otherwise I start worrying about them. I know I’ve got the diabetes and I know how to handle that, but anything else, you know, I don’t know.

Jim is diabetic and has regular blood tests; although he realises that lots of different things are measured in his blood he is only told the blood sugar level.

Jim is diabetic and has regular blood tests; although he realises that lots of different things are measured in his blood he is only told the blood sugar level.

View topic summary
SHOW TEXT VERSION
PRINT TRANSCRIPT
So, as a rule, you go and ask for the test results yourself?

They don’t volunteer them to you?

Well, if I haven’t gone in and asked, they probably would have said, “Can you come in and discuss your blood tests”, or something like that.

Okay but they’ve never given you any results for anything other than the blood sugar?

No. So it’s possible that they’ve been measuring your kidney function for longer than you realise.

Yes because when they do this blood test there’s an awful lot of different things on it.

Right. You see on the form all these different boxes ticked.

Yeah but I don’t know what they mean.

They’ve all got different numbers down.

Yeah. Yeah. So it’s probably possible they’ve been testing your kidney function and just not telling you anything about it because there’s been no need to.

Yeah, occasionally, when they do a blood test, they do five or six different phials of blood, so obviously it’s going in for other things.

But you’ve never questioned what those other things are?

No, not really. I assume they know what they’re doing and leave them to it.
Previous Page
Next Page