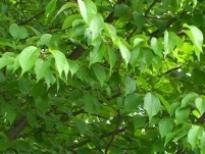 Age at interview: 78
Brief Outline: 5 years ago, David’s GP told him that the anti-inflammatory medication (diclofenac) he had been taking for arthritic pain in his shoulder may have caused mild kidney damage. He has had regular check-ups for his kidney function ever since.
Background: David is a retired postal admin manager. In autumn 2013 he was diagnosed with defibrillation of the heart and prescribed warfarin. He is widowed, lives by himself and has two adult sons. Ethnic background: White British.

In his mid-60s, David developed arthritic pain in his shoulder and was prescribed anti-inflammatory medication (diclofenac) to help him keep mobile. More recently, David also developed pain in his knee and foot which have made it difficult for him to enjoy going for his daily walks as much as he used to. He is concerned that he may need a knee replacement and hopes that a course of physiotherapy, for which his GP recently referred him, might help to sort things out instead.

David first found out that he had mild kidney damage 5 years ago, when his GP invited him for an appointment to tell him that diclofenac could have negative effects on kidney functioning and that he would need to take additional medication (omeprazole) to counteract such effects if he wanted to continue taking diclofenac. He had a blood test to assess his kidney function at the time and was told that it was ‘satisfactory’ rather than ‘good’, but that there was no immediate cause for concern. She advised him to keep drinking plenty of water and continue his lifestyle of taking daily walks and eating a healthy diet. David was content to take the additional medication and managed well with it, experiencing no side effects.

In the autumn of 2013, David consulted his GP as he just did not ‘feel right in himself’ and wanted to have a thorough check-over. After doing blood tests and taking an ECG, the GP diagnosed David with defibrillation of the heart and high cholesterol. She advised him that he would need to take either warfarin or aspirin for the heart problem. After considering the pros and cons of each, David opted for warfarin, and this choice meant that he could no longer take diclofenac due to negative drug interactions. He now takes up to 8 tablets of Zapain (co-codamol) per day to help with the pain and stiffness in his shoulder and knee.

David currently has weekly blood tests at his surgery to check the thickness of his blood until the correct dose of warfarin has been found for him. He is not keen on needles and looks forward to these tests becoming less regular. He would also like it if tests for his blood thickness and kidney function could be done on the same blood sample to reduce the frequency of appointments and encounters with needles.

David has full faith in his GP whom he has known for several years. He feels reassured that she is ‘keeping an eye’ on his health as regularly and as thoroughly as is required and does not worry too much about knowing the details of his test results. Being told that there is ‘nothing to worry about at the time’ feels sufficiently reassuring to him.

When David’s kidney function was first found to be impaired he was told it was ‘satisfactory but not good’; it has since improved and is now wavering between ‘satisfactory’ and ‘good’.

When David’s kidney function was first found to be impaired he was told it was ‘satisfactory but not good’; it has since improved and is now wavering between ‘satisfactory’ and ‘good’.

View topic summary
SHOW TEXT VERSION
PRINT TRANSCRIPT
So at what point did you become aware that there might be some problems with your kidneys due to taking the diclofenac?

Dr [name] rang me up – there'd been a directive come out to doctors about use of Diclofenac and she asked me to come down and see her which I did – that was possibly five years ago – and that was when she put me on omeprazole at the same time to counteract the effect of the diclofenac on my kidney, but it didn’t counteract the effect that it worked on my shoulder.

And did you have your kidneys checked at that time?

Yes [nodding]. And they were satisfactory but not… not good. And she's kept an eye on them ever since and it's wavering now between satisfactory and good – they have improved since I've been off the diclofenac.

Mm. And can you tell me a little bit more when you say they were satisfactory but not good – I'm really interested in exactly what you were told and how you were told.

[shakes head] That was all I was told, I had no other information – they were satisfactory at the time but it's now between satisfactory and good – I don’t know anything else as to… what the effects were but Dr [name] she doesn’t seem concerned now.

David has a blood test every 3-4 months to test his kidney function and his GP phones afterwards and tells him the result is ‘satisfactory’. He is happy to be told no more than that.

David has a blood test every 3-4 months to test his kidney function and his GP phones afterwards and tells him the result is ‘satisfactory’. He is happy to be told no more than that.

View topic summary
SHOW TEXT VERSION
PRINT TRANSCRIPT
And do you now have blood tests which are looking at your kidney function?

She'll ring up and say make an appointment for a blood test for it but I suppose maybe every three months, every four months and… the last lot there's been no cause for concern.

And again can you tell me a little bit about what happened with that type of blood test – do you go to the same place where you go for the warfarin?

Same place. I don’t know what the difference is, why they can't do the same test on the blood that they take for the warfarin – I don’t know.

Yet another needle for you to go through.

And with that do you also get a letter to tell you what the results are?

No, I get a phone call from the doctor.

And what does she say?

She just said, "Your test was satisfactory."

But not good. So what's the diff- if it's satisfactory to me it's good.

Satisfactory is good enough to you?

Yeah. …If she said- if it's below par then I might worry but if it's satisfactory I feel there's nothing to worry about.

Would you like any more explanations about exactly what the values from your kidneys mean? …You know what is actually being measured when you have a blood test – is that something you're interested in or are you quite happy just to…

I'm quite happy to go along with the doctor analysing it and telling me how they're going.

So being told it's satisfactory is good enough for you?

A GP considered David’s diet to be healthy but advised him to keep his fluid intake up. This was easy for David as he frequently went to the tap for a cup of water anyway.

A GP considered David’s diet to be healthy but advised him to keep his fluid intake up. This was easy for David as he frequently went to the tap for a cup of water anyway.

View topic summary
SHOW TEXT VERSION
PRINT TRANSCRIPT
And did you have any questions that you wanted to ask about maybe things that you could do to help your kidneys – anything like that?

I was advised… I didn’t ask questions, I was advised to keep my liquid intake up with them and in particular water.

So did you make any changes or ?

Well I couldn’t make many changes because I've always been a big drinker of water. I was always up to my- what they recommend your daily intake of liquid was and I was forever going to the tap and a mugful of water, it's never been a problem drinking water.

Did your GP give you any other advice on food or was it just drinking water?

Just the drinking of the water because she'd asked me what my diet was and she was happy with my diet.

And what is your diet?

Well much and varied. I like all food – plenty of veg. Even now I'm by myself I'm cooking… cooking meat, potato and three veg every day for myself.
And sugar is, hardly ever use sugar at all. If I do a bit of cooking – baking which I do sometimes – I use sugar then but a bag of sugar lasts me for months and months and months.

David hopes that if he looks after himself his kidney condition will not get any worse, and believes that it could even improve somewhat.

David hopes that if he looks after himself his kidney condition will not get any worse, and believes that it could even improve somewhat.

View topic summary
SHOW TEXT VERSION
PRINT TRANSCRIPT
So what's your understanding with regard to the damage that you’ve currently got on your kidneys, is it something that you think is going to get better again or it might get worse or it's just going to stay the same?

Well as I understand it, if I look after myself it's not going to get any worse and there is the possibility that, with good care, that your kidneys can repair to a certain extent. That’s my understanding. It's only… I can't say that I've been categorically told that but little snippets that you get that a kidney can repair to a certain extent, it can never repair itself one hundred percent.
Previous Page
Next Page