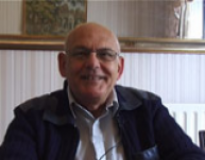 He had a strong family history of heart disease.

He had a strong family history of heart disease.

View topic summary
SHOW TEXT VERSION
PRINT TRANSCRIPT
Well it is a good strong family history of heart problems and I was expecting something was going to happen after the age of 50 because I looked into the generation after generation, and each generation is 10 years earlier having their heart attack. So my generation was in the region of 50.

So I was expecting it to happen at any time, my two brothers had this same problem. My youngest brother I think he was born with congenital abnormalities.

He had none of the classic symptoms of a heart attack.

He had none of the classic symptoms of a heart attack.

I didn't have any you know, I didn't feel weak or, just normal apart from this blackout. So I went changed and dressed up and I took my briefcase and I walked down with the briefcase down to the car park which was about five hundred yards away from the theatre. No shortness of breath, no chest pain, no dizziness, no sweating, nothing at all from the things which you know from the [laughs] what's told in the books or ask the patients about.

So I made a cup of tea and I was sitting there and thinking shall I call the GP, shall I wait, because you know I felt completely normal, nothing. There is nothing at all, still the heartburn is there which I think, 'Well I will take an anti-acid and see what happens.' But that didn't relieve it, which makes me more suspicious that it might be something else. So I rang the GP and I spoke to him and I said that's what happened.

Explains what it was like going back to work as a hospital consultant after being off for a year.

Explains what it was like going back to work as a hospital consultant after being off for a year.

View topic summary
SHOW TEXT VERSION
PRINT TRANSCRIPT
Well I was, I was a little bit concerned that when you know I have a gap of one year when I haven't practised. And I felt that if I'd start practising again then things have been, might not be as quick or as responsive as it used to be.

And that is why I started, when I started going back to work, I went back to the, to the hospital where I used to work before and I know the people there and then I had a word with them and I said yes I have been ill, gave them a good idea what happens and some, actually I went back where I did the surgery because [laughs] and I started back in this hospital again because I used to work there before.

So I know all the people around and that's important. That's important that if you can get the first step after being off work for any illness, if you can start in a place where you feel you have a good ground there that will be a really good step, because the people there do know you, they trust you.

They know that you are coming back and they will be able to help. Particularly if you ask them then, if you don't ask them it's your fault [laughs], but if you ask them you will find quite a lot of people would be willing to offer their help.

After his heart attack he had to spend his savings.

After his heart attack he had to spend his savings.

View topic summary
SHOW TEXT VERSION
PRINT TRANSCRIPT
Well because I was doing locums at that time, so one day you had an income, the next morning you had nothing, because it all depends, the locums are paid when you work. So but I thought about that because if you are being self-employed you should keep a little bit on the side so if something happen at least for the first few months, you can cover it and that's what I did so.

The, the thing which did surprise me is that when I went to claim the Social Security, I wasn't entitled to it because they said you have got money in the bank which is more than your allowance, more than you can claim money. I said, 'But this money is in the bank because of my retirement and you know saving money for my retirement, not to be ill and to spend it.'

And they said that's the law and I was really, really upset from there because one way the Government is telling us to save money and to have, you know, enough money for when you retire. And they don't tell you that this money if for any reason we fall ill, we are not entitled to any help and we have to spend our money which we've saved for retirement, which I think is a big cheek for the Government to do it.

So I actually in that year I spend what like all the money or three quarters of the money I'd saved for retirement just to maintain the life style and particularly that I want also the, the family to feel that they are not deprived of anything, particularly for the children, I want them to feel that even when I am ill I can still support them.

At cardiac rehabilitation he met a range of people with different experiences.

At cardiac rehabilitation he met a range of people with different experiences.

View topic summary
SHOW TEXT VERSION
PRINT TRANSCRIPT
Well I think at cardiac rehab you see all the people who have the same problem. [laughs] Some of us had it for the first time, some for the second time.

Particularly that I don't, I'm not, I used to swim and play tennis in the past and I stopped that quite a long time.

I don't know why it was probably there was no time and my only exercise I do is walk in the corridors of the hospital and going up and down the stairs to see patients or running for an emergency and that was my exercise. [laughs]

So there's not time in between. I wish to go back to swimming again and the tennis. Hopefully. In the future.

So the benefits of the cardiac rehab was having someone in a similar situation to you?

And how did you feel?

Talks about what it was like going back to work after triple bypass surgery.

Talks about what it was like going back to work after triple bypass surgery.

View topic summary
SHOW TEXT VERSION
PRINT TRANSCRIPT
Going back to work, what was it actually going back those first few days?

Well it was a bit strange because I start now to coming back to, to what's the normal routine is waking up early and coming late and you know it was quite exhausting to start with. And I think the, the stress and the strain was a bit, you know I start to feel the stress from the day one because I have to, to be on my toes most of the time, I have to think twice before I do anything and you know the, I was a bit slower than I used to be because I have to check everything twice before I [laughs] do anything.

And then as time goes by, start to pick up and come back to normal. Because every day you work and you do the work, you get more confident and then you feel that much happier.

Adult education classes gave him something to do when he couldn't work while waiting for his...

Adult education classes gave him something to do when he couldn't work while waiting for his...

View topic summary
SHOW TEXT VERSION
PRINT TRANSCRIPT
And then when I start going out, it is a very, very strange feeling when you used to wake up every day at 6 o'clock in the morning and finish at 7 and 8 o'clock, 9 o'clock in the night, five days a week.

And then all of a sudden you find yourself with nothing at all and you can sleep till 9 o'clock and 10 o'clock in the morning, you wake up, have your breakfast at 10, 11 and then watch the television or read a story or write something or sit at the computer. It's a totally different life which I really enjoyed it to start with, I [laughs] it was quite nice [laughs].

And I used to go to the, you know wake up in the morning at 9 o'clock instead of 6 and then have my breakfast, have a shower and walk down to the town centre and then come back at 1 o'clock. I really enjoyed it for the first few months but after that I'm fed up. You know I thought, this is not the way I want to live the rest of my life, I have to do something otherwise I will go mad.

So I start, the first thing I did there was computer courses in the college so I joined them and I did all the A Levels, all the first level of computer courses they ever have. [laughs]  And then I said, the second thing I might use, I also went on a DIY course which was very good, I said I want to know a little bit about how to do things you know in a semi-professional way or at least know exactly what to do if something happens. So I went to that.

And then after that I went to other courses in the, in the college and that filled up my time completely that I had no thoughts of heart attacks or any disaster happen or anything. [laughs] And that was really, that was the change after the three months, because after the three months I was very happy and then all of a sudden I stopped and I said, this is not my life and I have to do something, either I go back to medicine or do something, So when I start doing all of these things everything fall in to place.

There may be limitations but you can find a way round them to have a good life.

There may be limitations but you can find a way round them to have a good life.

Well I think the all of us can fall of different diseases. Some have colds, some have heart attacks, some have the strokes, so it is just the draw of the luck. All of us will be depressed after being ill, all of us will you know can be affected to different degrees whether its financial, social, professional implications, which can be caused by the disease itself.

And I think the, the problem is that if one keeps closing himself in a close circuit and thinking, “all that's happened to me, I can't go back to work, I can't do this, I can't do that. That's when the people get down and, and they let themselves down.

But if you can break the circle and come out of it and just think about something you really want to do but you haven't got the time or the, the facilities to do it then this might be the time you should think about it and do it.