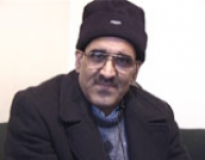 Smoking eighty cigarettes a day contributed to his heart attack.

Smoking eighty cigarettes a day contributed to his heart attack.

View topic summary
SHOW TEXT VERSION
PRINT TRANSCRIPT
I was a big smoker, big smoker, four packets, twenty cigarettes in a day. Two packets, three packets, that's normal you know. But now I advise everybody and advise, advise, advise, to stop smoking. That's killing life you know, not good for life. But this smoking, it's no good.

Did you find it difficult to actually stop smoking?

No, no because when doctors told me that this happened, and it comes with the smoking, I hated tobacco. The same day I stopped that. If now somebody is smoking, I go away. I don't like to stand by there and stay with them.

He found the angiogram frightening but accepted it was necessary so that a decision could be made...

He found the angiogram frightening but accepted it was necessary so that a decision could be made...

View topic summary
SHOW TEXT VERSION
PRINT TRANSCRIPT
And the doctors showed me on a TV screen that this artery was closed, stopped and you can see that, and after the angiogram, he told me that now you see that screen now.

You know that's a very frightening place, it's all machines, angiogram machines. The first time everybody is scared and when they put this tube and put pressure like this, you know. Feeling this, feeling very bad but you must be accepting.

Do you think they gave you enough information to explain what was happening?