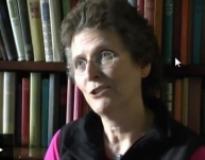 Brief Outline: Professor Lynne Turner-Stokes explains the conditions under which a patient can be determined to be in a ‘permanent’ vegetative state. She emphasises the need for skilled and repeat assessments.
Background: Lynne Turner-Stokes is a Consultant in rehabilitation medicine and Herbert Dunhill Medicine Professor of Rehabilitation, King’s College London. She chaired the Royal College of Physicians' working party on prolonged disorders of consciousness.

Professor Lynne Turner-Stokes describes the move to specialist rehab settings for initial evaluations. She underlines the need for repeated re-assessment over the months or years that follow.

Professor Lynne Turner-Stokes describes the move to specialist rehab settings for initial evaluations. She underlines the need for repeated re-assessment over the months or years that follow.

View topic summary
SHOW TEXT VERSION
PRINT TRANSCRIPT
So the majority of patients probably come to us now within the first two, sometimes three, months of their injury. So they’ve already been in the intensive care unit and they may come either direct from the intensive care unit or from the neurosurgical neurological ward before they get to us. So they’re usually on average about 3 months down the line. And I think one of the advantages that we have in rehabilitation is that we then have the patient for quite a period of time – typically 3-4 months, sometimes longer than that – which allows us to evaluate them repeatedly over time. And then we’re looking for a trajectory of change. So some people will remain stable in terms of their responsiveness, some may fluctuate up and down from day to day but actually show no particular trend over time, and then some may start at a low level and gradually accrue responsiveness and signs of awareness, ranging from either the frequency of response or the sophistication of the responses, the level of the responses, that we see, which indicate that they may be on a pathway towards emerging from a prolonged disorder of consciousness.

So this is within the first year of the event?

So this is for the initial assessment and diagnosis, yes, which would definitely be, in the most cases nowadays, within that first year. What we obviously expect, according to the Guidelines now, is that patients will carry on being assessed at regular intervals. Those actual intervals may vary depending on what you’re expecting but roughly approximately six-monthly in the first stages and potentially annually thereafter. And so what you’re doing is you’re reviewing them, working with whoever’s looking after them, be they in a specialist nursing home, or in a home environment occasionally. So you’re working with family members and the care staff to identify whether there’s any change in the level of responsiveness.

Lynne describes the timescale and conditions for when a patient might be described as ‘permanently’ vegetative and reflects on what ‘permanent’ means.

Lynne describes the timescale and conditions for when a patient might be described as ‘permanently’ vegetative and reflects on what ‘permanent’ means.

View topic summary
SHOW TEXT VERSION
PRINT TRANSCRIPT
According to the Guidelines from the Royal College of Physicians, broadly speaking, those people with the hypoxic injury, the diffuse injury, those who are likely to emerge back into consciousness probably will have done so within the first six months. Sometimes a bit longer. That’s not to say it’s impossible that they would emerge after that, but it becomes less and less likely that they will do so over time. Whereas someone who has had a traumatic brain injury, one has to leave longer – probably at least a year. But it does depend on other things about that person too – things such as their age (the older the brain when it’s injured, the less possibility for recovery) but also any pre-existing conditions that may affect the general health of the person and their ability to make a recovery.  So there’s no one particular time after which you can say categorically that the person won’t emerge. And the challenge for us as clinicians is to try to put all the pieces of the jigsaw together and try to work out what is a reasonable time to wait. But the trajectory of recovery, that is the evidence of change over time, is the strongest lead that we have – hence the importance of not just assessing somebody once but repeatedly assessing them and using validated tests so that we can actually make a measured comparison over time. That’s what’s likely to give us the best indication about whether somebody’s likely to emerge or not.

Is there a point at which, at least for some patients, you have felt in your own history, able to say: “This person will not regain consciousness, ever. Categorically.

It’s almost impossible to be categoric about anything in medicine – there’s always a certain level of uncertainty. But yes, in somebody for example who you’ve been observing over a prolonged period of time who is showing absolutely no signs of change at all and who’s remained in a vegetative state for many months or sometimes even years, I think one can be as certain as it’s possible to be in medicine that they’re not likely to recover. And therefore we need to think about decisions about whether continuing life-sustaining treatments is actually in their best interests.
Previous Page
Next Page