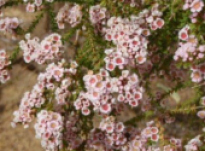 Age at interview: 56
Age at diagnosis: 52
Brief Outline: When Safra was diagnosed with ovarian cancer, her oncologist referred her on to a psychologist who diagnosed her with depression. She thinks this is related to her unhappy marriage and divorce, and the stigma of divorce in Malaysia. Safra's treatment has consisted of counselling and antidepressants. She has also found baking and cooking helpful. While Safra believes that one can never recover from depression, her experience helped her to confront her husband and to stand up for herself.
Background: Safra migrated to Australia from Malaysia twenty-five years ago leaving behind a successful career in cookery. She is divorced with three adult children. Ethnic background' Malaysian.

Safra who grew up in Malaysia had a very close relationship with her father. Unlike her sisters she did not have an arranged marriage and married the man that she fell in love with, ignoring her father’s misgivings about her future husband. At 18, with her first child Safra was confronted by the sight of her husband having sex with her sister. She chose to keep quiet about this to protect herself and her father. With the birth of her second child Safra again became aware of her husband’s infidelity. In order to placate her, her husband suggested that they move to Australia. However Safra felt isolated from her family and her former life, which included a successful career in cookery. After falling pregnant again after arriving in Australia Safra began to feel sad, which she differentiates from depression. She went back to Malaysia in order to spend time with her family, returning to Australia her third child was born and she felt that all was well. In time Safra discovered that her husband had continued an affair in Australia that had begun in Malaysia.
Safra’s children on becoming aware of this affair were distraught, with one experimenting with drugs, and another leaving home. Throughout this period Safra struggled with cancer. Overcome with the difficulties that she faced Safra decided to return home, leaving her children in Australia. Resuming her cooking career with a friend Safra felt like she had some space from this sad period in her life. On discovering that her youngest child was now experimenting with drugs Safra returned to Australia, but found that her husband moved in with the other woman who was essentially a second wife. With the divorce Safra discovered that her husband had taken out a loan against the house and manipulated his super fund that effectively left her and children with very little money to rebuild her life.
Safra has been able to treat her depression through a combination of counselling and antidepressants. She has a particularly good relationship with her psychologist with whom she has an ongoing relationship. Safra feels that her psychologist ‘understands [her] pain’ whereas she feels that her psychiatrist does not. She also enjoys baking and has found this to be therapeutic.
Safra attributes the strength she found to confront her husband to her experience of depression. She does not talk about her experiences of depression with family or friends believing that that no one can help you with personal struggles, and strives for self-sufficiency. At times, Safra finds herself lacking economic security, which is important to her, and wonders what might have been. However, she feels that she has made the right decision and is only now, at 56, learning how to love and fight for herself.

Safra found both the internet and self-help books unhelpful.

Do you, do you ever look or did you look for any information about depression?

Safras view was that she would remain on antidepressants for life, as medication helped her...

Show in context
SHOW TEXT VERSION
PRINT TRANSCRIPT
My life is now very simple. I have my medicine in the morning which gives me a float and in the evening. I take it about 10 o’clock and I have a good sleep.
The effects I feel are when I take the pill I feel tired so I go to sleep. The next day I feel like light in my head, very light. And I also feel very oblivious of what’s happening if somebody in - I don’t get too emotional with things. It, it doesn’t stop. It just goes through so it makes me not so intense with emotions. So I can’t survive without my medication.
When I stopped taking it, my mind started over-telling me stories, too many stories in my head. I couldn’t stop my mind from telling me too many stories. You start putting, it’s like a different person in me say, see, see, see how they are living a life. Look at their life, all they had to do was shut up and they could have had that life. But look at you, you opened you mouth and look at you where you are now. So it made me very vindictive to myself. So the medicine stopped me from over thinking, give me a calmness.

Safra felt that in Malaysia, her home country, people were expected only to share good things...

Safra felt depression had made her a much stronger person.

Show in context
SHOW TEXT VERSION
PRINT TRANSCRIPT
Right now I am looking at myself as a survivor. I look at myself as I have the strength to say no to this person who was abusing me mentally. And I can look into my life and say, I don’t need anyone to give me approval. And all the wrongs that I was doing before I can right it now.
I think when you are depressed you lose all dignity for yourself and you have to find the dignity through depression.
You’ve got to believe in yourself that you, you are the only one that can change things around you. Never wait for a partner, your child, a friend to change things for you. It’s a very hard journey, but it’s the real journey.
Previous Page
Next Page