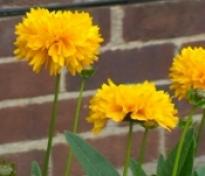 Age at interview: 34
Age at diagnosis: 20
Brief Outline: Charlotte first experienced depression when she was 16. She didn’t understand why she was feeling a persistent low mood. She had begun self-harming. She eventually saw a GP when she was 19, as a friend had suggested she should talk to a doctor about how she was feeling. Her GP diagnosed depression and prescribed an antidepressant but she experienced severe side effects and it did not appear to improve her mood. When her doctor changed her to venlafaxine it seemed to lift her mood almost immediately. Since then she has taken venlafaxine intermittently when she has had bouts of depression.
Background: Charlotte is single and works as a Finance Officer. Ethnic background: White British

Charlotte first experienced depression when she was about 16 but did not understand why she was experiencing such a persistent low mood. She had been self-harming for about 3 years by this point and was feeling upset and distressed. She said that she had not known who or where to ask for help, and that she had not wanted to tell her parents. By this point, she found that she was struggling with her studies at university and felt isolated despite having a number of good friends. She eventually went to see her GP when she was about 19, as a friend suggested that she should speak to a doctor about how she was feeling. Her GP diagnosed depression and prescribed her with an antidepressant. She felt they made no difference, other than they making her feel sick and lethargic. However, she explained that it was a relief to be diagnosed.

‘It was kind of a relief to know that that’s what it was even though I’d kind of for a couple of years then been thinking yes I think I am depressed and I’m suffering from it, it was a relief and he said to me then as well this is something that you’ll probably experience again throughout your life and you’ll get better at recognising the symptoms.’

Charlotte continued with fluoxetine for a few months but then her doctor prescribed venlafaxine which worked almost immediately and she stayed on this treatment for about a year and a half. Charlotte initially suffered with headaches, nausea and dizziness from taking venlafaxine but persevered with the treatment. The initial side effects stopped after a time and her mood lifted. Charlotte explained that she has been on and off venlafaxine about 5 times since she was 20 years old. Charlotte did not feel too concerned about taking antidepressants and thought that if they made her feel ‘normal’ again that she was happy to take them. Charlotte explained that she felt the first time she was prescribed antidepressants the GP just gave her the prescription, but she received very little information other than leaflets.

Charlotte feels that often her experiences of depression have been reactive to stressful life events. She currently takes venlafaxine, initially at a relatively high dose but more recently the dose has been reduced to a level which seems to maintain her equilibrium. Charlotte has learned to live with depression and has got better at recognising and managing signs of a depressive period. She has found work a helpful distraction from thinking about her personal life during difficult times and a useful tool in managing her feelings of depression.

Charlotte feels it is important to be open with her friends and colleagues about her depression because she says bottling things up can make you feel worse. She has found that the majority of people are understanding and supportive.

‘I’ve actually been really open about it because I just think there’s no point lying about something like that, it is going to affect you and it’s going to affect work sometimes so I’ve just been completely open. It’s, having depression is not something I’ve ever been embarrassed about, it’s just part of me.’

Charlotte feels it is important for health professionals to offer patients a range of different options rather than just antidepressants. In 2006, Charlotte decided to access private counselling as she felt ready to address her problems. Although it was expensive she felt it was worth doing but said that not everyone would be able to fund private sessions. In her own case, Charlotte doesn’t mind taking antidepressants but feels that had she been able to access NHS counselling services when she was diagnosed that things would have been different for her.

‘I’d hope that I wouldn’t have to take them throughout my life but I have resigned myself to the fact that I may well have future depressive episodes so I will have to take them… I would say to people to take them definitely although it doesn’t cure the problems - you need to seek other help as well and you do need to get counselling or some other talking therapy because tablets on their own aren’t beneficial.’

She also finds complementary therapies such as meditation and mindfulness useful. She has also increased the amount of exercise she does which makes a big impact on her wellbeing.

View topic summary
SHOW TEXT VERSION
EMBED CODE
PRINT TRANSCRIPT
I went to the doctor and he diagnosed me with depression and said clearly I’d been suffering from depression on and off for years but hadn’t done anything about it and I was immediately prescribed fluoxetine I think which didn’t have any effect whatsoever on me just made me feel really sick and lethargic. tried that for a couple of months and then had to stop it and try something else which was when I was then given venlafaxine which worked immediately more or less so that kind of sorted me out for, I think I was on them then for probably about a year and since then, since I was about 20 for the last 14 years I’ve probably been on and off them for about five times now.

When I went back to the GP they then gave me the venlafaxine again because I kept insisting that that was the only one that had worked for me before, I wanted those again. So they gave me those again and then I was on the maximum dose of 150 milligrams for about a year that must have been about six months, nine months ago I was reduced to 75 milligrams a day just to kind of keep me in check I suppose and kind of keep me okay and been taking them ever since, still taking them now daily.

You said it worked quite well so how long did that take to start making you feel a little bit more normal?

Within a couple of weeks I stared, I could feel my mood was lifting and everything was starting to be, yes a bit more understandable and I was able to cope a bit better with things.

And how, so how would you describe the difference in how you felt taking them as, when they were working as to how you felt before that?

I could just feel that my mood was lifting even though the side effects initially from them were pretty horrific.

What were the side effects?

Oh I had a permanent headache for a couple of weeks, I felt sick, dizzy all sort of really dry mouth.

Charlotte sees her doctor regularly every three months, but...

Charlotte sees her doctor regularly every three months, but...

View topic summary
SHOW TEXT VERSION
EMBED CODE
PRINT TRANSCRIPT
I can just phone and get a repeat prescription now but she’s said to me ever since the beginning if I need to talk to her I can just phone her and she’ll phone me back or they told me I can phone the surgery and another GP will talk to me because they’ve got all my history there anyway and probably about every three or four months now I go and see her just for like a general check.

Charlotte tried Cipramil (citalopram) and fluoxetine but they...

Charlotte tried Cipramil (citalopram) and fluoxetine but they...

View topic summary
SHOW TEXT VERSION
EMBED CODE
PRINT TRANSCRIPT
Well two years ago I was given some Cipramil I think it is to try because I’d had quite a tough time with the boyfriend I was with at the time who was quite verbally aggressive and I’d had an abortion so I had to take them for obvious reasons then because I was very distressed and upset, very, very depressed. they didn’t work, they made me feel really ill so I was then given fluoxetine again by the GP which I was on for two weeks and in that time I couldn’t stand up, I couldn't move every time I stood up I was nearly falling over really nauseous, really dizzy, really headachy. went back to the GP again after two weeks and said I can’t stay on these, literally I cannot, I couldn’t function, I couldn’t do anything and yes I couldn’t do anything at all and when I went back to the GP they then gave me the venlafaxine again because I kept insisting that that was the only one that had worked for me before, I wanted those again. So they gave me those again and then I was on the maximum dose of 150 milligrams for about a year that must have been about six months, nine months ago I was reduced to 75 milligrams a day just to kind of keep me okay I suppose still taking them daily.
Previous Page
Next Page