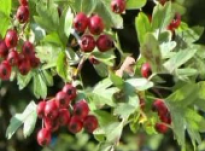 Age at interview: 20
Age at diagnosis: 16
Brief Outline: Sara was diagnosed with anorexia nervosa at 16. Through outpatient and inpatient treatment and with her family's support she is now recovering. She does a lot of voluntary work to improve young people's mental health services.
Background: Sara is 20. She works part time and is about to start University. She is in a relationship and lives in a shared house. White Scottish.

Sara was diagnosed with anorexia nervosa at 16. Through outpatient and inpatient treatment and with her family’s support she is now recovering. She does a lot of voluntary work to improve young people’s mental health services.
Sara started dieting around the age of 16. She says it’s difficult to know how and when but gradually the dieting starting to turn into restricting food, skipping meals and doing more exercise. Sara approached a school nurse, who after just weighing her mentioned the possibility of anorexia. Sara went to see her GP and she was referred to CAMHS (Child and Adolescent Mental Health Service) for outpatient counselling and she started seeing a CPN (community psychiatric nurse) regularly.
Sara was diagnosed with anorexia nervosa. She says for her the diagnosis was mainly a way to access the help she needed. She was not given any information about eating disorders and she wishes someone would’ve sat down with her and explained everything to her. Sara received counselling as an outpatient for a while but straight after she finished her GCSEs, she was admitted as an inpatient, first on the general children’s ward and later into a young people’s unit. Sara had to agree to have a nasal-gastric tube to feed her and she was initially on bed rest under constant observation. Sara says she got a lot of emotional support in the unit and she was totally focussed on getting out. A landmark occasion for Sara was when she got the NG tube out so she could go and collect her exam results from school.
After discharge, Sara went gradually back to school. She saw her CPN for another couple of years and her mum was mainly responsible for her food. Over time, Sara has also suffered with depression and obsessiveness. She says now that she is over the anorexia, she still battles with depression and self-esteem issues.
Sara is doing a lot of voluntary work to improve future care of young people in her local CAMHS. It has helped her in recovery to be able to turn her experiences to something positive and proactive. She is about to start her studies at University and in the future, she would like to work with young people.

Sara describes going for the assessment with the psychiatrist. She felt nervous but she knew she...

Sara describes going for the assessment with the psychiatrist. She felt nervous but she knew she...

View topic summary
SHOW TEXT VERSION
EMBED CODE
PRINT TRANSCRIPT
There was a long referral time to see a psychiatrist to get a referral so basically, it was just going to psychiatrist to get an assessment. And at that point I, I went with my Mum, no I didn't, I went with my CPN. Just on my own because it was probably for the best that she wasn't in the room at the same time and it was, it was with my CPN so when, when I was still at home and before I was hospitalised. And it went into normal assessment things and it was quite daunting but I already kind of knew what was going on. I'd accepted the fact that this is my, [laughs] my line in life which is kind of how, how I saw it, so I just went in there to answer the questions and to get a ticky box just so that I could get the help that I needed really because there was such a long waiting list for inpatient and inpatient was what I needed. I needed to be taken out of my home environment to really reflect on things and to actually get better because, as much as my family helped, they can kind of hinder at the same time because they are so emotionally involved so it, it, it didn't really bother me at all.
I really didn't feel anything towards it although on the morning before I went, I ate two bowls of cereal. That might not be a big thing but I ate one bowl of cereal a day and I ate two before I went to this appointment which was like at 9 o’clock in the morning and I got told off at something silly by my CPN because my Mum [laughs], she just said, “You can't let her eat two bowls of cereal before this,” because I was under the impression that I was gonna be weighed at this meeting [laughs] so obviously I was like, just make it look good.

Sara wished she had been given more information about the diagnosis and treatment.

Sara wished she had been given more information about the diagnosis and treatment.

View topic summary
SHOW TEXT VERSION
EMBED CODE
PRINT TRANSCRIPT
Were you given then, with the diagnosis, information or were you given information at a later stage at any point?
No, I, my CPN was really good, she explained every single step of the way but the psychiatrist wasn't and anybody above that really just kind of made their decision and didn't really offer much information on, on what my condition could involve because, it did, it did evolve into borderline OCD and depression. I understood the depression and how that worked but to kind of struggle with an OCD as well and to kind of see how they are all interlinked, it's only now that because I've got so much more knowledge of, of, of mental health issues just in general, that you kind of do learn to understand, kind of understand.
It would have been nice to, not a leaflet, but just to be sat down and kind of explained what's going on and how we normally deal with this, just to make sure that you get better. Like just to kind of, not an example, but this is our plans because I really did feel like, I’m here now but where am I going and what does this mean for me now that I have this diagnosis? It, it was kind of explained in the sense of now we're going to try and get you into hospital but not explained in the sense that I didn't know I was gonna have to have a nasal-gastric tube put down. I didn't know that there was the possibility of a section and I didn't really understand why I couldn't control how much I was eating. So I mean it would be really, it would have been really nice to get some more information on that in a more verbal sense rather than a leaflet kind of sense just to kind of get a grip on the situation that I was in because it's really hard to kind of centre yourself when you're in that situation.

Sara explains how the NG tube is inserted. She had a lot of complications with the tube getting...

Sara explains how the NG tube is inserted. She had a lot of complications with the tube getting...

View topic summary
SHOW TEXT VERSION
EMBED CODE
PRINT TRANSCRIPT
What about the tube and having, having that in. How, how does that work?
I remember I was really nervous before they put it down so the first time round, so they gave me a sedative but they gave me too much because [laughs] yeah, they cos obviously they don't really know cos of my average height and my weight is kind of confusing when your average height doesn’t match your weight, so I can't remember the first time. I remember it being a blurred vision and them putting it down but you have to, it goes through your nose and then you have to swallow, so they can get it down into your stomach and it's got a little hole at the bottom. It's connected like a drip so the food is a protein drink that's just fed straight through there and they can also feed medication and vitamins and all that through the tube instead of you swallowing it.
It's really awkward at the back of your throat because it is, if you open your mouth, you can see the orange tube going down. So it is really awkward and it's, really aggravating on your nose cos it's like stapled to your nose and things and, not stapled but like stuck to your nose. And taking it out is never nice at all, I always ask to take my own out so I can do it in my own time.
Because it can, it can get stuck on your, [laughs], it's disgusting but it can, because it's got a hole in the bottom and because it kind of moves around, you can feel it as it kind of comes out and it's, it makes you feel nauseous and it can really sting especially around your nose when you're taking it out. Then when they're putting, it back in, it's lubricated and things and it's kind of, its fine because also I always was sedated slightly.
But yeah I always, always took it out, the going in was the easiest part I think of the whole thing.
And how long would you have it for at one go?
I think it was changed probably once, was it once every two days, or once, yeah probably about once every couple of days it was changed. But I had a lot of complications cos it always get, got clogged up. So nothing was going through or I'd end up feeling nauseous because they’d not put it in properly and it was sitting at the top of my stomach so that was a bit awkward at times.

When Sara was in hospital, visitors brought her grapes. She started to relearn how to eat with...

When Sara was in hospital, visitors brought her grapes. She started to relearn how to eat with...

View topic summary
SHOW TEXT VERSION
EMBED CODE
PRINT TRANSCRIPT
A few of my teachers and my CPN came back to visit me in hospital and they bought fruit so I tried like lychees for the first time which was quite good thing, I mean I know it's only water but I was using my mouth to [laughs] to eat it which was good. But then I remember my CPN coming in and bringing in grapes and I would fiddle with the grape and then I'd kind of hide it under my duvet, I wouldn't eat it that way. So I think food was brought round to me every day and to see whether I would eat any of it.
Probably be like a little mouthful and then and then that's it. I’m not sure how it changed, I was, I think at the time in the Young Persons’ Unit when I came off the, the tube, it was kind of used as a backup so I would have to eat and they would sit with me for however long it took for me to eat a decent amount of food. So there was always that one on one support up until the point where I felt comfortable eating in a bigger environment.
Previous Page
Next Page