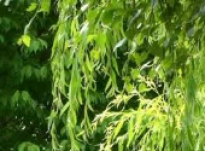 Age at interview: 22
Age at diagnosis: 13
Brief Outline: Hannah O was diagnosed with anorexia nervosa at 14. Through Cognitive Behavioural Therapy (CBT) as an inpatient and a few years of outpatient treatment she is now in recovery. She says getting better has been really hard but she is now happier she was ever been.
Background: Hannah O is 22 and lives together with her boyfriend. She studies Maths at university and is currently in work placement. White British.

Hannah O started losing weight around the age of 12. She remembers a distinct feeling of guilt over eating chocolate, which she’d never had before. She started exercising more and more and remembers being complemented on her losing weight, which encouraged her to keep going. Losing weight spiraled out of control and, dangerously underweight at the age of 13, Hannah O was diagnosed with anorexia nervosa.
Hannah O was admitted to a general children’s hospital and a week later to a specialist eating disorder unit where she stayed for five months. Hannah O feels that she was very “lucky” because the unit she stayed at was “really nice”. While she felt angry about being admitted, she also felt a sense of relief that “someone was able to help me and it wasn’t normal to feel this horrible all the time”. Hannah O found Cognitive Behavioural Therapy (CBT) particularly helpful and she also found a lot of support from the other young people staying there and has kept in touch with some of them. Receiving the diagnosis, and for years afterwards, Hannah O says she still didn’t think she had anorexia.
After discharge, Hannah O found it difficult to cope. Her periods returned and she didn’t feel she could cope with her body changing. Hannah O started making herself sick and bingeing. She was exercising more and hiding foods, at the same time wanting for someone to notice what was happening. She later went onto have outpatient treatment for six years. When she failed her A-levels, whilst her friends made plans to go to uni, Hannah O decided she wanted to get better. She was “fed up of being sick and feeling horrible all the time” and wanted to be carefree like her friends. Hannah O set herself a goal to work towards, she did her A-levels in a year and got accepted to University.
The final “changing point” for Hannah O was going to university. She said she could start a completely new life, where people didn’t know her or that she had been ill; “you could become what you want to be”. Hannah O describes her relationship to food and eating now the best it’s ever been. She says the hardest thing about recovering from an eating disorder is that when you’re really ill, you don’t want to get better, or even know that you are ill.

Hannah O didn’t stay in touch with all of her friends. It was difficult for teenagers to...

Hannah O didn’t stay in touch with all of her friends. It was difficult for teenagers to...

View topic summary
SHOW TEXT VERSION
EMBED CODE
PRINT TRANSCRIPT
You said you still got some friends from the kind of very early on but then some you sort of lost on the way?
I guess you don’t keep in contact with everyone as well but I think I don’t know if I could have understood it when I was thirteen like that someone having anorexia when I didn’t know anything about it and like when I went to my friend’s sleepover, you know, when you’re thirteen and then you don’t wanna have any cake or anything it’s just like it’s, I think it’s a bit difficult to get your head around and when your thirteen. So I can understand why it might have been difficult for some people but I think I was really lucky in that I’ve got like a few best friends and they’re just really nice and you know, no matter what happens they’ll always be your friends so.
And did they see you go through all of this from a young age?
Yes.
Do you remember how the sort of the best friends who you were still friends with, do you remember how they reacted at the time? Did they sort of visit you in hospital or maybe they were too young?
Yeah. I remember she came to the hospital to see me, my best friend. She walked, it was like raining and she walked in the room to see me so it was like really nice.

Failing her A-levels and seeing friends move on with life made Hannah O want to get better. She...

Failing her A-levels and seeing friends move on with life made Hannah O want to get better. She...

View topic summary
SHOW TEXT VERSION
EMBED CODE
PRINT TRANSCRIPT
What do you think was that sort of change in you that you wanted to start getting better?
I think I failed like the first two years of college. I just, I’d been sick, like I started making myself sick quite a lot like when my periods came back and I just couldn’t take it and I just started binge eating and being sick and I just put on weight and I it was just like a horrible time.
And I failed my A levels because I was just being sick like three times a day or something. Just my body was just, I felt horrible. I felt like so unhealthy and so disgusting and then my friends started going to Uni and stuff and I just. So I went back to college and I thought, “I’ll just try hard this one year.”
And I did like my A levels in one year and passed and went to Uni and I think, when I started, when I started having something to work towards and just that I wanted I knew that I’d be so fed up of being ill. I was just like, exhausted and just, it was just horrible. I just wanted to be like my friends again sort of carefree as any like eighteen year old. And I wasn’t and then I think that’s when I just I started trying really hard with my A levels the second time round and that was when, I think that was when I got better really complete like just having something to work towards. Yeah, and something, a distraction.

Starting university was “a changing” point for Hannah O. She wasn’t burdened by the past and...

Starting university was “a changing” point for Hannah O. She wasn’t burdened by the past and...

View topic summary
SHOW TEXT VERSION
EMBED CODE
PRINT TRANSCRIPT
Yes, so then you stopped the outpatient treatment or anything when you went to university?
Yeah, I think that was I was that was just like the changing point in my life. It was completely new and no one knew that I’d been ill. Nobody knew.
Yeah.
Like, you know, you can just be this whole new thing like. Whereas at school I was still that girl that had missed like five months at school and I think that’s what I really like about it and made new friends and just kind of become who you want to be really.

Hannah O described how hard it can be to support someone with an eating disorder when the person...

Hannah O described how hard it can be to support someone with an eating disorder when the person...

View topic summary
SHOW TEXT VERSION
EMBED CODE
PRINT TRANSCRIPT
I think any eating disorders are a hard thing to deal with if you don’t much about them ‘cos they’re scary and just really hard. So I think just get just any kind of professional help if you can because or go online, B-eat website, that sort of thing. Just like arm yourself with as much knowledge as possible to and just don’t give in ‘cos that’s the horrible thing like it gets so hard. It could be easy just to give up but just learn as much as you can and just see a health professional if you can and go on B-eat website and just stuff like that really.
Like you said that, you know and at that time, the child can be very challenging and it can be can be really difficult to know how to best help them.
Yeah, it’s like they don’t want help anyway so why would you even like most ill people want to get better like any other illness. That’s why anorexia is so hard and difficult to understand because you have just like a cold or something you want to get better but with like this it’s like the person doesn’t even know they’re ill so that’s I think the patience is another thing that you need.
Absolutely, yeah.
It’s frustrating but get there eventually, hopefully.
Previous Page
Next Page