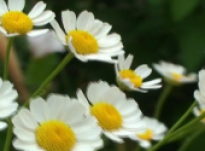 Age at interview: 36
Age at diagnosis: 31
Brief Outline: When she was pregnant with her first child Belinda suffered a lot of pain and discomfort which was finally diagnosed as appendicitis. She had an appendectomy at 32 weeks and an emergency caesarean at 34 weeks. Her daughter spent time in neo-natal intensive care before coming home.
Background: Belinda is a scientific officer. She is married and lives with her husband and two children. White British.

Belinda has two children now aged five and ten months. The pregnancy with her daughter, now five, was difficult. She suffered a lot of discomfort and pain, which was finally diagnosed as appendicitis. Belinda went in to premature labour at 32 weeks, and shortly after had an appendectomy. While she was in hospital she was diagnosed with Crohns disease, which continues to be very debilitating for her, five years on.
After the appendectomy, the doctors left the baby in utero, hoping that she would go to term. Belinda was in hospital for a total of three weeks. After two weeks, her waters broke with meconium in them and so induction was started. This resulted in an emergency caesarian section, when the baby was 34 weeks. Her baby spent two weeks in neo-natal intensive care (NICU), but Belinda was not able to see her very often because she was on a surgical ward attached to drips and immobile. She discharged herself home after a week but again was not able to visit her baby as she was not allowed to drive. Belinda was not able to breastfeed, and found it difficult to bond with her daughter.
Once she was home with the baby alone, she developed post-natal depression. She changed GP (the first one had missed the appendicitis diagnosis) and was prescribed anti- depressants and cognitive behavioural therapy (CBT). She felt very depressed for at least six months, and remained on anti-depressants for 17 months.
She felt that she was not given enough information in hospital about what was happening to her, and only four years later found out the full extent of the bowel surgery that she had had. She had to push quite hard for a planned caesarian section for her second child.
The GP arranged treatment for her post-natal depression, but on the whole Belinda felt all the focus was on the baby, not her. She found support through another local mum who also had had a premature baby, and busied herself going to baby groups etc. It was only with the birth of her son last year that Belinda had felt strong enough to improve her relationship with her daughter.

Belinda discharged herself from hospital. She left hospital in a wheelchair and she was very weak.

Belinda discharged herself from hospital. She left hospital in a wheelchair and she was very weak.

HIDE TEXT
PRINT TRANSCRIPT
And once you got home, what sort of state were you in when you discharged yourself?
I came out of the hospital in, well wheeled out of the hospital in a wheelchair. Could walk but not very far. Kind of a ten minute walk wore me out. Not in a very fit state really. That was the reason I discharged myself. They wanted to put me on the maternity ward, but I didn’t want to go and look after the baby for a week. Probably just because I hadn’t been able to eat for weeks so it was basically just trying to bring a simple diet and everything back in.
She came home sooner than we were expecting as well, so we had to get family members to come down and help, because I couldn’t really carry or anything because I’d had my C Section an upright so the abdominal stuff is here. I’ve all been cut. So probably quite weak. And not really motivated to do very much. Almost forgetting that you have the baby, because the baby, of course, was still in the NICU.
I went in. I wasn’t allowed to drive because of the Section, so I went with some neighbours that were going in for a different reason. So I went in with them. Got a lift in with them, but it was... I kind of felt myself planning the routes, you know, thinking about oh what route do we need to take when this happens. That’s when it hits you that it has happened, the baby’s there. It’s just that you have no recollection, because of the general. So not in the best of states.
Previous Page
Next Page