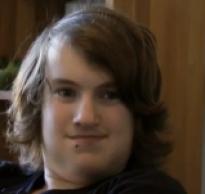 Age at interview: 17
Brief Outline: Josh is a 17 year old student studying for a BTEC in Engineering. He was born with a unilateral cleft lip and palate and has undergone surgery as a child and teenager. He enjoys Heavy Metal music and is a regular gig goer.
Background: Josh is 17 years old and a BTEC Engineering student. Josh is White British

Josh was born with a unilateral cleft lip and palate and is currently studying for a BTEC in Engineering.

Josh was educated in co-educational state schools at primary and secondary level. Josh has not experienced any sustained bullying from his peers during his school years and is able to make friends easily.

Josh has had surgery in his early years to repair his cleft lip and palate and has undergone further surgery as a teenager including Alveolar bone grafts and removal of teeth. Josh may have to undergo further orthodontic surgery in the future to improve his bite. Josh has always felt included in the decision making process and has felt confident in communicating with health professionals from the cleft service.

Josh enjoys engineering, technology and is a live music fan, particularly Heavy Metal and is a regular gig goer.

Josh describes the dental treatment he has undergone as a teenager including two alveolar bone grafts.

Josh describes the dental treatment he has undergone as a teenager including two alveolar bone grafts.

View topic summary
SHOW TEXT VERSION
PRINT TRANSCRIPT
And you said you had some jaw surgery?

Oh you had the bone grafts.

OK can you talk a little bit more about those?

Well I don’t know if you can see it, but I’ve got a gap here, got a fairly sizeable one, and... to fill that gap they originally in when I was in Year Five, so quite a few years ago now, they attempted an alveolar bone graft to fill that cavity with bone, so they could then put a tooth in there. ...The bone worked, and they also put a tooth in, they had a tooth in there as well, and they put a weight on the tooth to kind of pull it, pull it down naturally so it seats itself. But that didn’t work: the tooth refused to budge.

So they transferred the tooth from the gap to here. And then last year, well no, sorry, the beginning of this year they attempted a second alveolar bone graft to try and plug that gap, to fill that gap with bone, so they could then put the tooth in there. But that failed as well. And the success rate, once you get past 15 or 16, the success rate drops, the chances of success drop significantly.

For what reason, sorry?

OK so is there kind of a critical period then when it has to be done?

And how successful was your outcome, would you say?

Can you remember what the recovery period was like?

The first one was quite long. ...I was in hospital for... four days and then... not allowed to do anything for two weeks. The second one was a lot better: I had a day in hospital, day or two in hospital, and then it was just, “Take it easy.”

OK and did you have to eat special food or?

Well yeah you’re... well yeah I was on a soft diet, so... soup. Well actually for the second one I was on no food for five days, which was... OK [laughs] after a fashion.

Not the best thing for a growing boy.

OK and how did it affect your face, your appearance physically, having this surgery?

It’s hard to tell: no difference.

No because it just, it just contained my a very small layer of my jaw, so hasn’t made a huge impact. There’s no... yeah there was no... you can’t tell it was there.

OK and did it affect your speech in any way?

Not really, no, just normal. There was no... no big difference.

Josh was born with a cleft lip and palate, is studying for a BTEC in engineering and enjoys going to rock concerts. He has not felt held back in life.

Josh was born with a cleft lip and palate, is studying for a BTEC in engineering and enjoys going to rock concerts. He has not felt held back in life.

View topic summary
SHOW TEXT VERSION
PRINT TRANSCRIPT
So how would you summarise then your experience of having been born with a cleft lip and palate?

Pretty, pretty good, I imagine. It’s... kind of always, it’s... been handled well and everyone... most people have been supportive. And... yeah, people generally understand. So kind of it’s just another... aspect of life. It’s not kind of... it’s not kind of a major thing: part of life.

And you feel you’ve been able to reach the goals you wanted to in life?

Don’t really see what the point is in worrying.

Josh believes it is important to include the person with the cleft themselves in all discussions about treatment as he was.

Josh believes it is important to include the person with the cleft themselves in all discussions about treatment as he was.

View topic summary
SHOW TEXT VERSION
PRINT TRANSCRIPT
OK I was just wondering if you had any kind of advice for health professionals and the way they deal with people with clefts at all.

Do you think things can be done differently in any way?

The patient, yeah, make sure the patient knows what’s going on.

So being open with communication?

Yeah, yeah don’t kind of... don’t kind of just discuss things with their parents: make sure they’re involved in those conversations as well. Like because that’s... because that’s what well I shouldn’t really call them my team, but yeah that’s what... that’s what my team did: I was always there for the conversations and kind of knew everything as they knew it, which was... good. But if I hadn’t known those things I’d be a lot more uncertain about it.
Previous Page
Next Page